Though Tavistock Books is not known for our poetry books, we do have a selection for you on this most auspicious of days. See our list by Samm here! In the meantime, we thought we would share some our favorite poems with you… one poem from each of the Tavistock team members. Enjoy our favorite reflective verses as much as we do, and don’t forget to silently (or loudly) thank your favorite poets on a day like today! 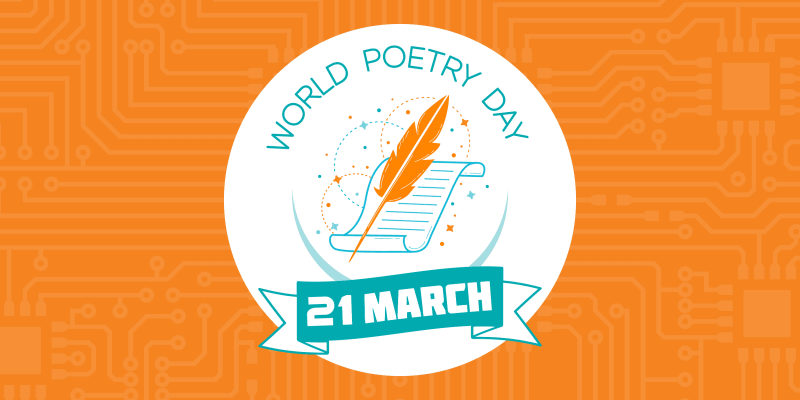 From Vic Zoschak: The Road Not Taken by Robert Frost

An oldie and a goodie! The Road Not Taken is commonly acknowledged as one of the most well-known and popular poems ever written… and for good reason! It was published as the first poem in Frost’s collection Mountain Interval, in 1916. At the time it was considered extremely poignant, as the onset of WWI meant that plenty of soldiers held this poem dear as they enlisted and went to war. Others claim that it is one of his most misinterpreted poems, stating that it does not simply “champion the idea of following your own path” but that it also hints with irony at that idea or possibility. Here it is…

Two roads diverged in a yellow wood,
And sorry I could not travel both
And be one traveler, long I stood
And looked down one as far as I could
To where it bent in the undergrowth;
*
Then took the other, as just as fair,
And having perhaps the better claim,
Because it was grassy and wanted wear;
Though as for that the passing there
Had worn them really about the same,
*
And both that morning equally lay
In leaves no step had trodden black.
Oh, I kept the first for another day!
Yet knowing how way leads on to way,
I doubted if I should ever come back.
*
I shall be telling this with a sigh
Somewhere ages and ages hence:
Two roads diverged in a wood, and I—
I took the one less traveled by,
And that has made all the difference.
*
*
*****

From Samm Fricke: LOVE: Is a Human Condition by Nikki Giovanni

Samm has gifted us with the knowledge of  writer, activist, educator, and queer icon Nikki Giovanni (born in 1943). “From her altogether magnificent 1975 collection The Women and the Men comes a beautiful and unusual prose poem about the dualities with which we must live and the human conceits which we must relinquish in order to truly know love.” And we must agree with online writer Maria Popova’s description of this free prose poem. Love: Is a Human Condition is a work of art, by one of America’s foremost contemporary poets, a force of nature still publishing poems today. See for yourself…

From Margueritte Peterson: If by Rudyard Kipling

If has been a personal favorite of mine since I was quite a young girl – my family being fans of Kipling for many reasons (not, though, for his cultural views). I recited this poem in middle school and to this day still have it memorized. It was written in 1895, as an “evocation of Victorian-era stoicism—championing self-discipline, which popular culture rendered into a British national virtue and character trait.” (Wayback Machine). For me, though? It gives me courage. And in all honesty… I can’t help but share this reading of my favorite poem by Michael Caine.

If you can keep your head when all about you
Are losing theirs and blaming it on you,
If you can trust yourself when all men doubt you,
But make allowance for their doubting too;
If you can wait and not be tired by waiting,
Or being lied about, don’t deal in lies,
Or being hated, don’t give way to hating,
And yet don’t look too good, nor talk too wise:
*
If you can dream—and not make dreams your master;
If you can think—and not make thoughts your aim;
If you can meet with Triumph and Disaster
And treat those two impostors just the same;
If you can bear to hear the truth you’ve spoken
Twisted by knaves to make a trap for fools,
Or watch the things you gave your life to, broken,
And stoop and build ’em up with worn-out tools:
*
If you can make one heap of all your winnings
And risk it on one turn of pitch-and-toss,
And lose, and start again at your beginnings
And never breathe a word about your loss;
If you can force your heart and nerve and sinew
To serve your turn long after they are gone,
And so hold on when there is nothing in you
Except the Will which says to them: ‘Hold on!’
*
If you can talk with crowds and keep your virtue,
Or walk with Kings—nor lose the common touch,
If neither foes nor loving friends can hurt you,
If all men count with you, but none too much;
If you can fill the unforgiving minute
With sixty seconds’ worth of distance run,
Yours is the Earth and everything that’s in it,
And—which is more—you’ll be a Man, my son!
*
*
*
Happy World Poetry Day, all!