We know that Wednesday is not everyone’s favorite day of the week. It is neither the beginning of the week, nor the end, and somehow always seems so far from the weekend! We would like to change your opinion for a soft second, however, to respect a civil rights world leader, lawyer, ethicist and philosopher on this particular Wednesday – his birthday – Mahatma Gandhi. In his honor we’d like to share some of his most well-known, well-loved and cherished quotes that give us pause in troubling times.

Happiness is when what you think, what you say, and what you do are in harmony.

A man is but a product of his thoughts. What he thinks he becomes.

Freedom is not worth having if it does not include the freedom to make mistakes.

If I have the belief that I can do it, I shall surely acquire the capacity to do it even if I may not have it at the beginning.

An eye for an eye will make the whole world blind.

The future depends on what you do today.

I object to violence because when it appears to do good, the good is only temporary; the evil it does is permanent.

You must not lose faith in humanity. Humanity is like an ocean; if a few drops of the ocean are dirty, the ocean does not become dirty. 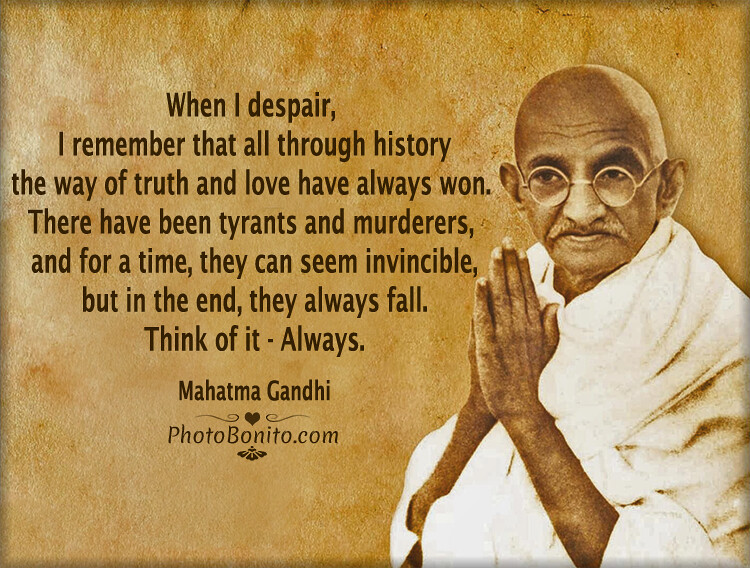 After being born in India, Gandhi spent much of his life in South Africa, practicing law and raising his family. Upon his return to India at the age of 45, Gandhi began immediately to “stir the pot”, as it were. The ethicist believed in non-violent revolt, was an anti-colonialist (India was then still under Britain’s rule), and a religious pluralist. At the age of 51 he was elected leader of the Indian National Congress, where he led nationwide campaigns to ease poverty, expand women’s rights, end India’s practice of “untouchability”, and praise self-rule (end colonialism). Starting at this time he began living life in extreme modesty – eating simple vegetarian meals, fasting for health, political and meditative purposes, and wearing a traditional Indian dhoti as a mark of respect to the lower classes. He spent his life helping others, helping himself, and helping his country. He was assassinated at the age of 78 for being “too accommodating” in his dealings with other nations (mainly Pakistan, at that time).

His birthday, October 2nd, is celebrated in India as a national holiday – the International Day of Nonviolence. Gandhi’s beliefs and opinions are ones that transcend time, if you’ll forgive our grand sentiments. Especially today, when violence sometimes seems to be one of our only constants, we could all take a page out of Gandhi’s book. Sleep, eat healthy, forgive, remain strong, listen, learn, and – most of all – love. 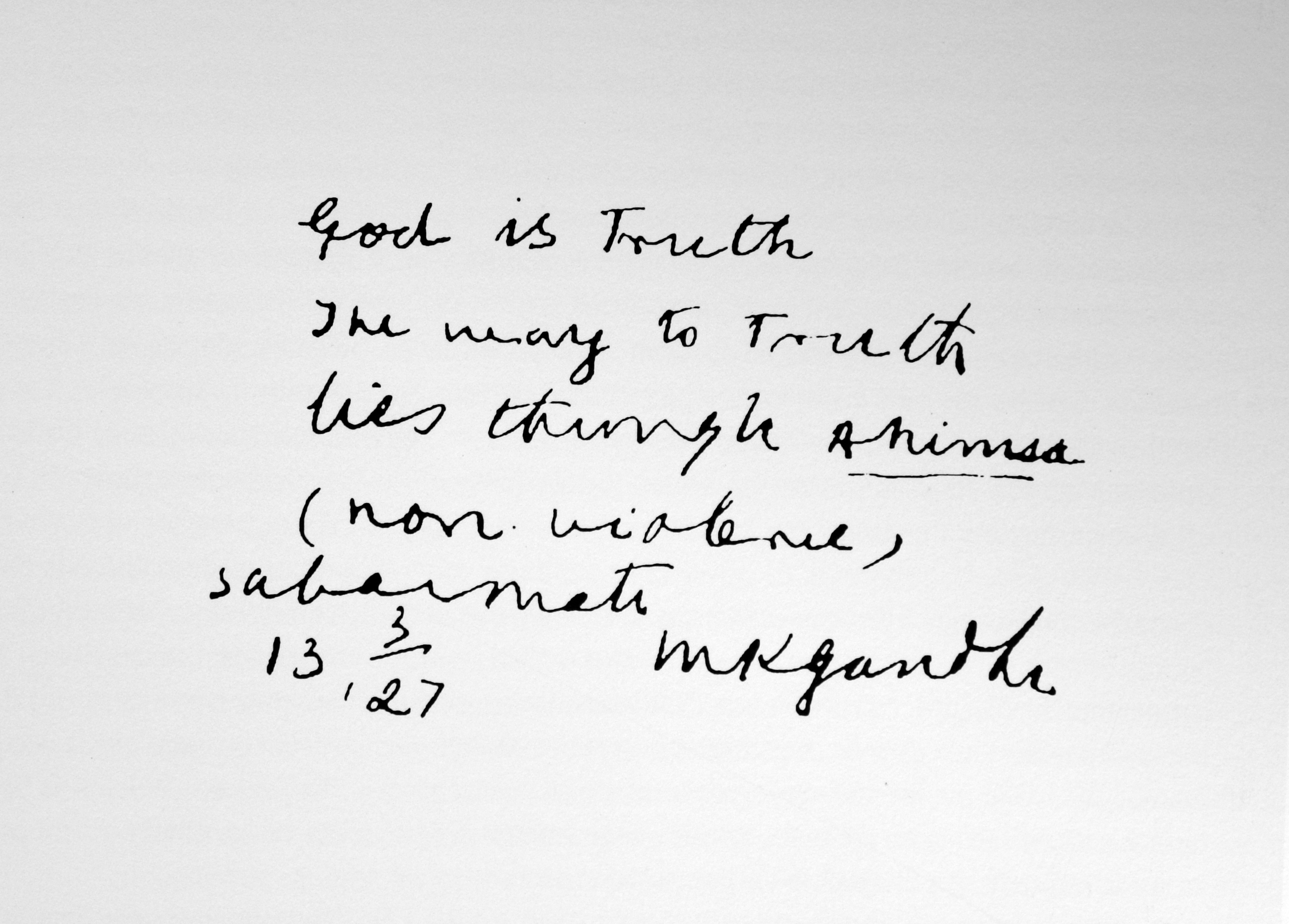