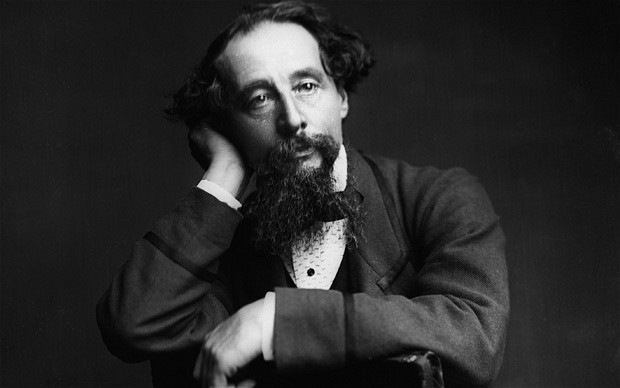 Can we really blame Bigelow for being obsessed with this guy? We are!

When Charles Dickens arrived in Boston for the first time, he was greeted with incredible fanfare. He would fall in love with the city and be lured back there in 1867. By this time, Dickens had established himself as a preeminent author of the age, and he undertook a whirlwind reading tour. His fans’ adulation had not abated in the past decades, and Dickens found himself once again the center of attention.

One woman gave Dickens a bit too much attention–Jane Bigelow. Jane was a descendent of the Poultney family of England, a lineage that included a three-time mayor of London and an Earl of Bath. When she married John Bigelow on June 11, 1850, she was 21 years old and he was 33. The couple would have nine children together. John Bigelow was already managing editor and co-owner of the New York Evening Post, and he had a promising political career ahead of him. He would eventually serve as President Lincoln’s consul general and later as the minister to France.

Although John took well to political life, his wife was not quite so suited for it. She managed to offend the Prince of Wales by slapping him on the back, and she sent her servants to sit in the imperial opera box in Germany. It’s rumored that John was denied further diplomatic posts because of his wife’s crass behavior, to which Charles Dickens would unfortunately find himself privy.

A Chance Acquaintance at the Parker House

November, 1867 found both the Bigelows and Dickens at the Parker House. Dickens had made the hotel his home base during this second American tour, and he often dined there with publisher James T. Fields. The Bigelows dined with Fields, Dickens, and his manager George Dolby. The group played parlor games together, as was common for genteel hotel guests at the time. Jane Bigelow soon proved herself a rather tiresome companion; she frequently showed herself to have little grasp for polite manners or common courtesies.

Dickens’ own wife had proven unequal to the task of running a household–let alone keeping up with Dickens’ tireless publicity and authorial efforts, and Dickens could empathize with John Bigelow’s plight. Fields’ wife, Anne observed in her journal that Dickens had “deepest sympathy for men who were unfitly married and has really taken an especial fancy I think to John Bigelow…because his wife is such an incubus.” Jane Bigelow figured in Anne’s journal frequently enough that Anne took to calling her “Mrs. Bigs.” When the Bigelows finally returned to New York, Dickens was likely grateful to escape Jane’s irksome company.

But then he traveled to New York himself and encountered Jane under more peculiar circumstances. Dickens was doing a reading at the Westminster Hotel, and the hotel manager asked him to meet with “a little widow” named Mrs. Hertz. She was a great admirer of Dickens and was thrilled to meet him privately. But when Mrs. Hertz left Dickens’ rooms, she found herself face to face with none other than Jane Bigelow! Jane attacked Mrs. Hertz and berated her for being “daring” enough to enter Dickens’ rooms alone. For the rest of the tour. Dolby had to place guards outside Dickens’ quarters to prevent interlocutors, most notably Jane, who tried to see Dickens on several subsequent occasions.

Dickens took the whole incident in stride, but he was struck with the oddity of the situation. He wrote to a friend, “How queer it is that I should be perpetually having things happen to me with regard to people that nobody else in the world can be made to believe.” Though a few other literary figures like Oliver Wendell Holmes had achieved celebrity status as authorial rock starts, such status was still relatively uncommon. It was certainly unusual for an adoring, possibly crazy fan to attack an old widow outside one’s hotel room!

Though Dickens’ encounter with Jane Bigelow was out of the ordinary, it illustrates the magnitude of his fame. Beloved in his time, Charles Dickens remains a major figure in world literature and a favorite among rare book collectors.