Legendary children’s author Hans Christian Andersen was born on April 2, 1805. Though the Danish author published work in a number of genres, he’s best remembered for his fairy tales. Stories like “The Emperor’s New Clothes” and “The Nightingale” are beloved by readers of all ages, all over the world. Thanks to Andersen’s authorial reputation, he could rely on wealthy patrons to support him. He lived his life as a permanent house guest. Experienced visitor though he was, Andersen still managed to ruin his relationship with Charles Dickens during an extended stay at Gads Hill.

Andersen published his first book, The Improvisatore, in 1835. An autobiographical novel, the book met with immediate acclaim when it was translated into English and published in the UK. Soon after, audiences had discovered–and delighted in–Andersen’s fairy tales. Between 1845 and 1847, at least five anthologies of Andersen’s stories had been published in English. Andersen’s London publisher, Richard Bentley, decided to capitalize with a publicity tour. In 1847, Andersen made his first visit to England.

By that year, Charles Dickens was already a literary titan. Bentley thought that a meeting between Andersen and Dickens could be advantageous for Andersen’s reputation, so he arranged it. Countess Blessington, a close friend of Lord Byron and a generous patron of the arts, provided the perfect opportunity. The countess was a bit of a scandalous figure; she openly lived with her stepdaughter’s husband, none other than Count d’Orsay, the famed soldier, painter, and fashion icon. There were also rumors about the true nature of Countess Blessington’s all-night parties.

But the party at which Dickens and Andersen met was much more mundane. Andersen had fallen in love with Dickens’ work when he read Oliver Twist and considered Dickens “the greatest writer of our time.” The two immediately hit it off and resolved to see each other again before Andersen left England. But due to his busy tour schedule, that proved nearly impossible. At one point, Dickens visited Andersen’s lodging, and finding the author away, left twelve presentation copies of his books for Andersen. (Some of these books remain unaccounted for.) Andersen finally visited Dickens’ home on his last night in England. By all accounts, the visit was quite enjoyable. Dickens and Andersen began a long, if sporadic, correspondence, and Dickens invited Andersen to visit on more than one occasion. 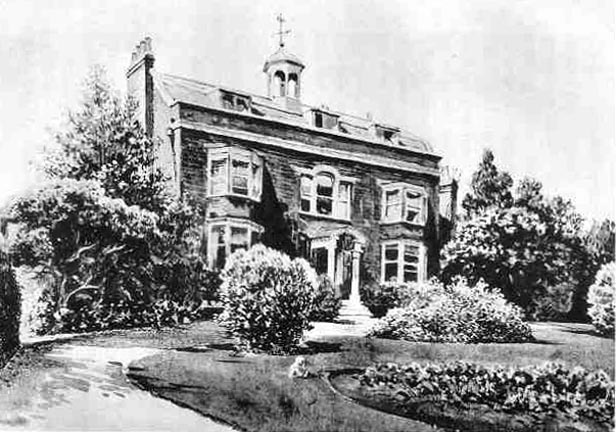 Andersen finally took Dickens up on his offer in 1857. By that time, Andersen had grown accustomed to staying in grand homes with dozens of bedrooms. It wasn’t quite the same at Gads Hill, where Dickens had just moved his family. At the time, eight or nine of Dickens’ ten children were still living at home, and his marriage was falling apart. Though Dickens was wealthy by the standards of the era, his lifestyle was still squarely middle class (largely because he had so many progeny to support).

Andersen had promised Dickens, “I shall not inconvenience you much,” but he stayed five weeks instead of the agreed-upon two. He also made a strange request: that one of the older Dickens boys shave him every morning. Dickens refused to indulge that request, which was undoubtedly related to Andersen’s libidinous urges for boys.

There is no thorough account of the visit, but it couldn’t have been an easy one: Andersen spoke little English, and Dickens was often away from home. He had just completed Little Dorrit and was producing Wilkie Collins’ play The Frozen Deep as a benefit to his friend Douglas Jerrold. Ellen Ternan  was in the play, and the affair between her and Dickens was blossoming. It’s possible that Dickens actually invited Andersen to extend his stay so that he could attend the opening of The Frozen Deep. Andersen may have offered his criticism a little too freely, or the two could have discovered other artistic differences.

It’s more likely, however, that the rather awkward Andersen unwittingly committed some faux pas in front of the Inimitable’s impressive literary circle. At any rate, when Andersen finally left Gads Hill, Dickens reportedly wrote on the mirror of the guest room, “Hans Andersen slept in this room for five weeks–which seemed to the family AGES.” Dickens’ daughter Kate called Andersen a “bony bore,” a characterization that perhaps inspired Dickens when he created the character of Uriah Heep.

The final straw for Dickens may have come after Andersen departed. Andersen published an account of his stay with the Dickens family in Germany, without Dickens’ permission. He gave a glowing report of his stay and had particularly warm words for Mrs. Dickens. But that may have been a fatal mistake; by the time the account appeared in English in 1858, Dickens and his wife were already separated.

Though Andersen continued to write to Dickens after his stay, Dickens was generally unresponsive. Andersen’s popularity grew in the ensuing years, and he would travel throughout Europe. But he would never return to England. Meanwhile, some critics see Andersen’s influence in Dickens’ works, especially his Christmas stories. At any rate, the whole episode perfectly illustrates Benjamin Franklin’s aphorism, “Guests, like fish, begin to smell after three days.”