This weekend kicks of the beginning of the 2013 Major League Baseball season. While the precise origins of the game remain dubious, the sport has gained a sure place as the most popular sport of focus among rare book collectors.

Henry Chadwick (1824-1908) was a British-born journalist. A true baseball enthusiast, Chadwick launched one of the first newspaper columns devoted to baseball. He was also among the first to record baseball statistics as a means to evaluate individual players’ performance. In 1903, Chadwick wrote an article suggesting that baseball was a form of an English game called rounders. The game had similar rules and equipment, so the guess seemed plausible enough.

Enter Albert Spalding (1850-1915). A great pitcher from the 1870′s, Spalding was one of baseball’s greatest advocates. He owned the Chicago White Stockings and the National League of Professional Ball Clubs. In 1911, Spalding launched a massive campaign to make baseball the national pastime. He believed that baseball was a quintessentially American game–and was invented by Americans. Thus he vociferously disagreed with Chadwick’s assertion that baseball had British origins.

To settle the disagreement, Spalding appointed a committee whose mission was to uncover the origins of baseball. He selected Abraham Mills as the chairman. Mills was the National League’s president from 1882 to 1884. The task force, nicknamed the “Mills Commission,” ruled on December 30, 1907 that Abner Doubleday had invented baseball. Immediately a myth was born.

The Mills Commission based their ruling almost entirely on the testimony of one man: 71-year-old Abner Graves, a mining engineer who lived in Denver, Colorado. Graves responded to a “call for people who had knowledge of the game,” placed in Akron, Ohio’s Beacon Journal by Spalding. Graves claimed that he’d seen Doubleday draw a diagram of a baseball field back in 1839, during a schoolboy’s game. Graves sent his account to the Beacon Journal, which printed it with the headline “Abner Doubleday Invented Baseball.” 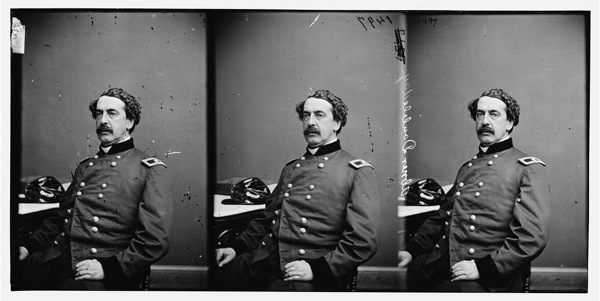 US Army general and Civil War hero Abner Doubleday was spuriously credited with creating baseball thanks to the Mills Commission.

Meanwhile Doubleday himself never claimed that he invented the sport. A US Army general and Civil War hero, Doubleday never once mentioned baseball in his extensive diaries. By the time the Mills Commission declared Doubleday the inventor of baseball, he’d already passed away. But that didn’t stop the myth from taking on a life of its own. Soon, Doubleday was even credited with introducing baseball to Mexico during the Mexican-American War.

Flaws in the Doubleday Myth

Unfortunately the Mills committee overlooked some critical information. First, Graves wasn’t the most reliable witness. He’d been only five years old in 1839 when he supposedly saw Doubleday diagram the baseball field. But the greatest flaw in Graves’ account was that Doubleday was not even in Cooperstown, New York in 1839.

Clearly Doubleday hadn’t invented baseball, but who had? America longed for an answer. In 1953, Congress named Andrew Cartwright the inventor of baseball, definitively debunking the Doubleday myth. Cartwright, a volunteer firefighter, had been a founding member of the New York Knickerbockers (est September 23, 1845). He’d been instrumental in making baseball more of a gentlemen’s sport. But modern scholars of baseball have also dismissed Cartwright as baseball’s inventor.

Historian and antiquarian David Block is the leading scholar on the history of baseball. His 2005 book, Baseball before We Knew It: A Search for the Roots of the Game, outlines the earliest mentions and illustrations of baseball in literature. The first known appearance of “base-ball” in print occurred in the 1744 edition of A Little Pretty Pocket-Book. And the first-known rules of baseball were printed in Spiele zur Erholung (1796). The German book that summarizes the rules of a game called “Ball mit Freystaten (oder das englische Base-ball),” which translates as “ball with free station (or English base-ball). Block illustrates the similarities between baseball and trapper ball He also notes that the first written account of rounders in England was in The Boy’s Own Book (1828).

Thus, neither Chadwick nor Spalding (nor the 1953 American Congress) was correct about baseball’s origins. The game had already existed for nearly a century before Doubleday, Cartwright, or any of their relative contemporaries could have “invented” it.

Baseball is by far the most popular game among collectors who specialize in a sport. This is due, in large part, to the mysterious origins of the sport. But there are also plenty of niches for collectors to focus on, from baseball’s early history, to regional leagues or specific teams, to baseball fiction.

Henry Chadwick, the sports writer who had questioned baseball’s origins, played a significant role in nationalizing the rules of baseball. He wrote Beadle’s Dime Base-Ball Player most years, from 1860 to 1881. The guide included not only rules for the game itself, but also guidelines for establishing baseball clubs and game statistics from the previous year. These guides were ubiquitous at the time, helping to spread interest in the game and normalize rules. But Chadwick’s guides have become exceptionally scarce, and they’re prized among collectors who specialize in baseball.

One of the earlier references to “base-ball” as a children’s game comes from Juvenile Pastimes; Or Girls’ and Boys’ Book of Sports (1849). References to the sport at this time are particularly uncommon. One of the 17 woodcuts in this book depicts two boys playing “base-ball,” making it a relatively early pictorial depiction of the game.

Baseball fiction has long been favored among collectors. Earlier baseball fiction was often published in serial form, though novels soon gained steam. One especially collectible title is Freddy and the Baseball Team from Mars (1955) by Walter R Brooks. The Freddy series itself is beloved among many collectors of modern first editions, as well.

Ephemera also remains attractive, especially to collectors who focus on individual teams. One particularly interesting piece of ephemera comes in the form of a poem by Barry Gifford. An avid Cubs fan, Gifford published “The Giants Are Going to Win the Pennant” on a Madrugada broadside. He compares the poet Jack Spicer to Ted Williams, one of the greatest baseball players of all time, whose “hits are in/the record books/waiting to be broken.”

As Americans’ love of baseball remains strong and the game continues to evolve, collectors of rare baseball books will undoubtedly have plenty of opportunities to expand their collections.