In honor of today’s day in history, we thought we’d show some of the most interesting World War II items to come across our shelves in the recent past. And to remind ourselves of these words by Winston Churchill… “In Victory, Magnanimity; and in Peace, Good Will.” – as it is sound advice for all seasons, not merely during wartime. Click on the images for more information. 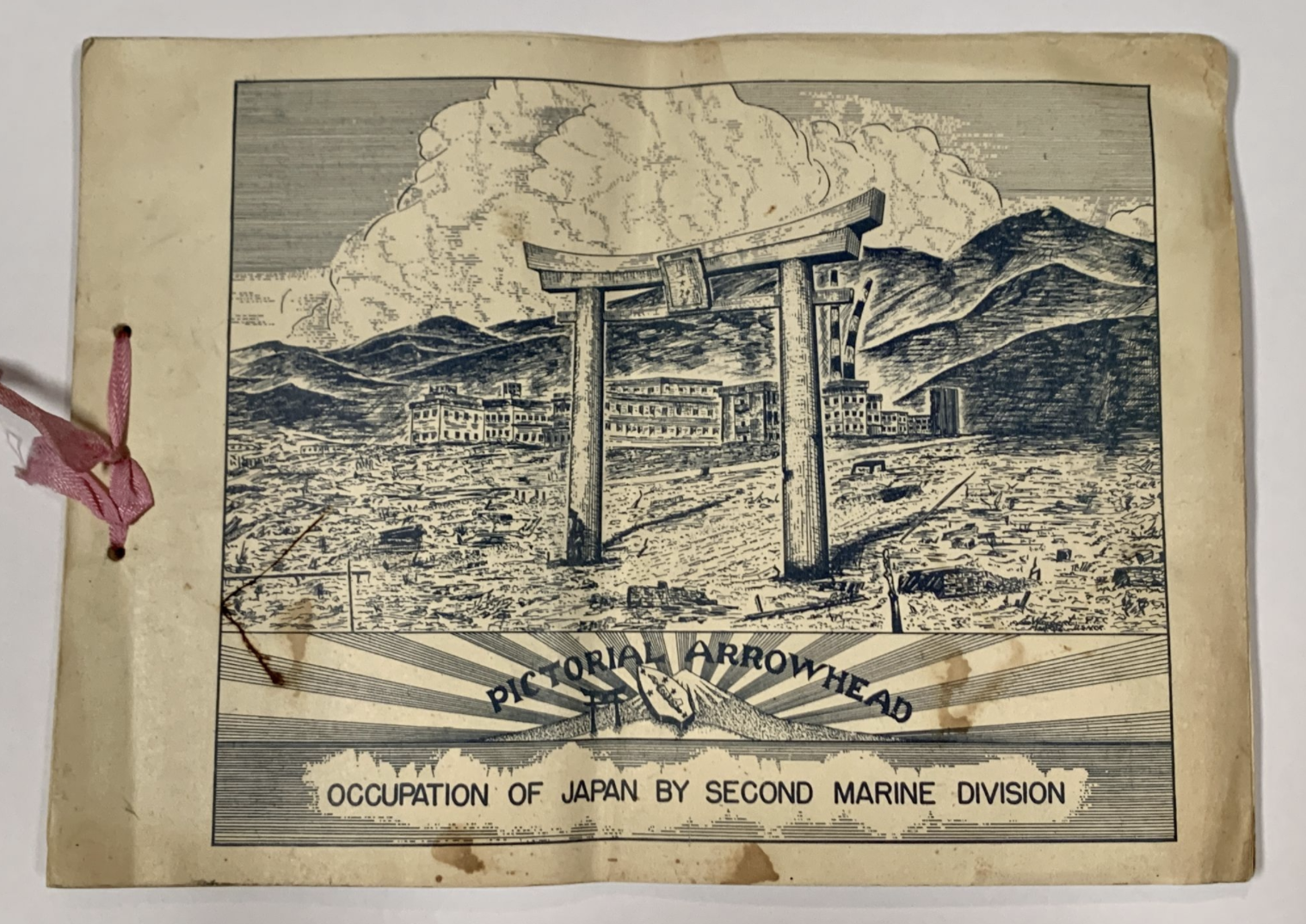 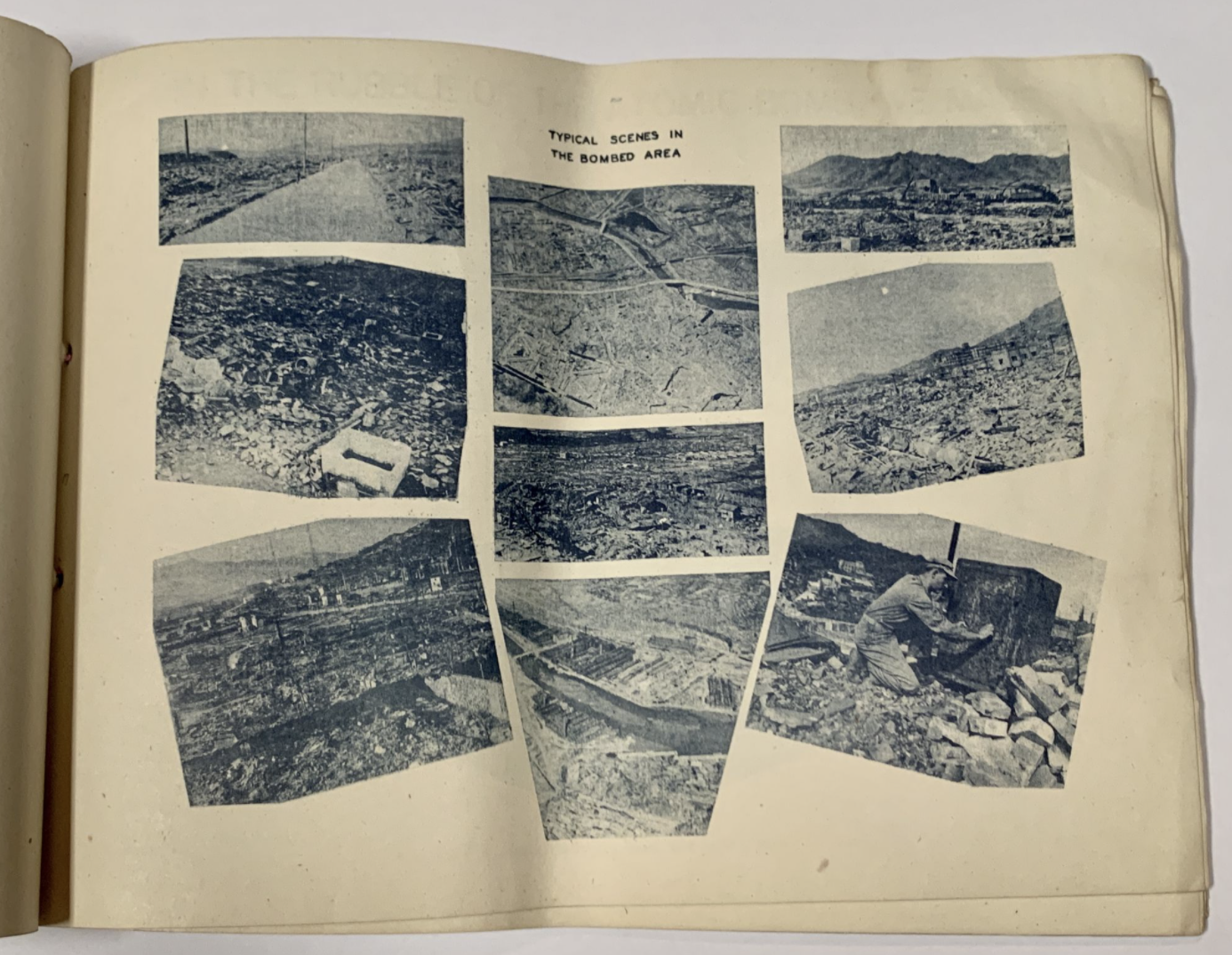 This pictorial review of the time the 2nd Marine Division spent in Occupied Japan, with their “missions of surveillance, disposition of materiel, and repatriation …” [Smith, Securing the Surrender] is dated from one image “Preparing for the Corps’ 170th Birthday” [USMC founded November 10, 1775]. See it here. 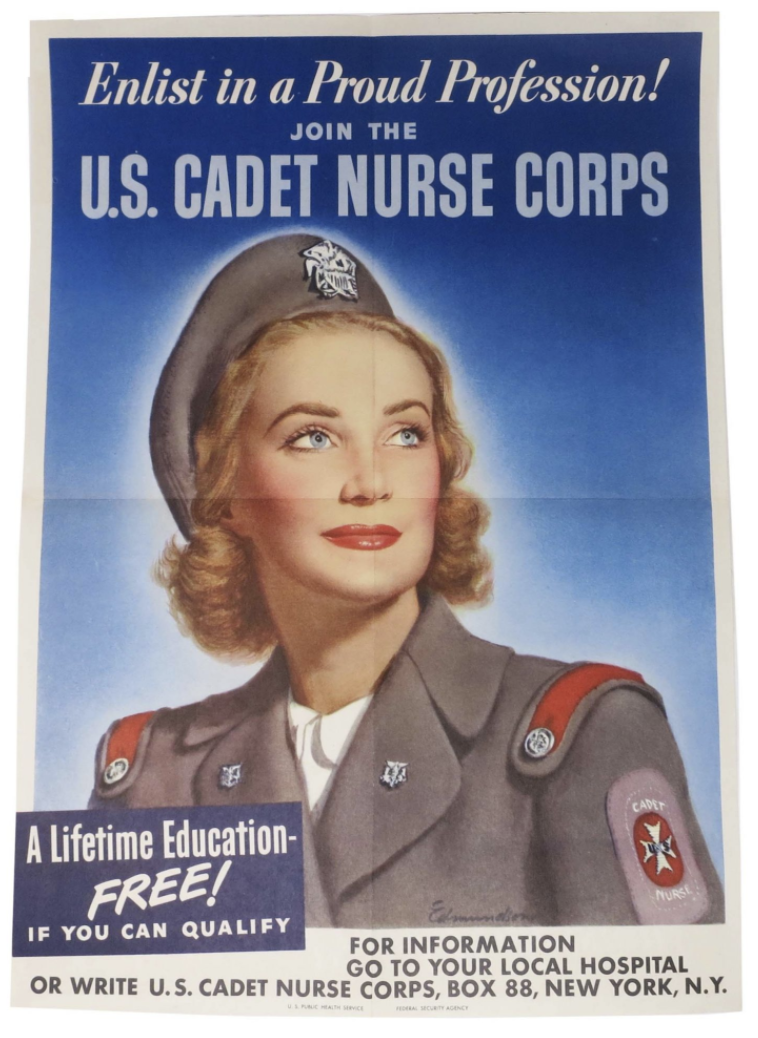 A beautifully preserved piece of WWII nursing history – the Cadet Nurse Corps program was passed by Congress unanimously and became effective in July of 1943. The Corps was supervised by the United States Public Health Service to (hopefully) train 124,000 young women as nurses during World War II. The war ended before the first Cadets graduated and only a few entered the military. However, in its lifetime (1943-48) it was the largest training program in the history of nursing in the United States. See it here. 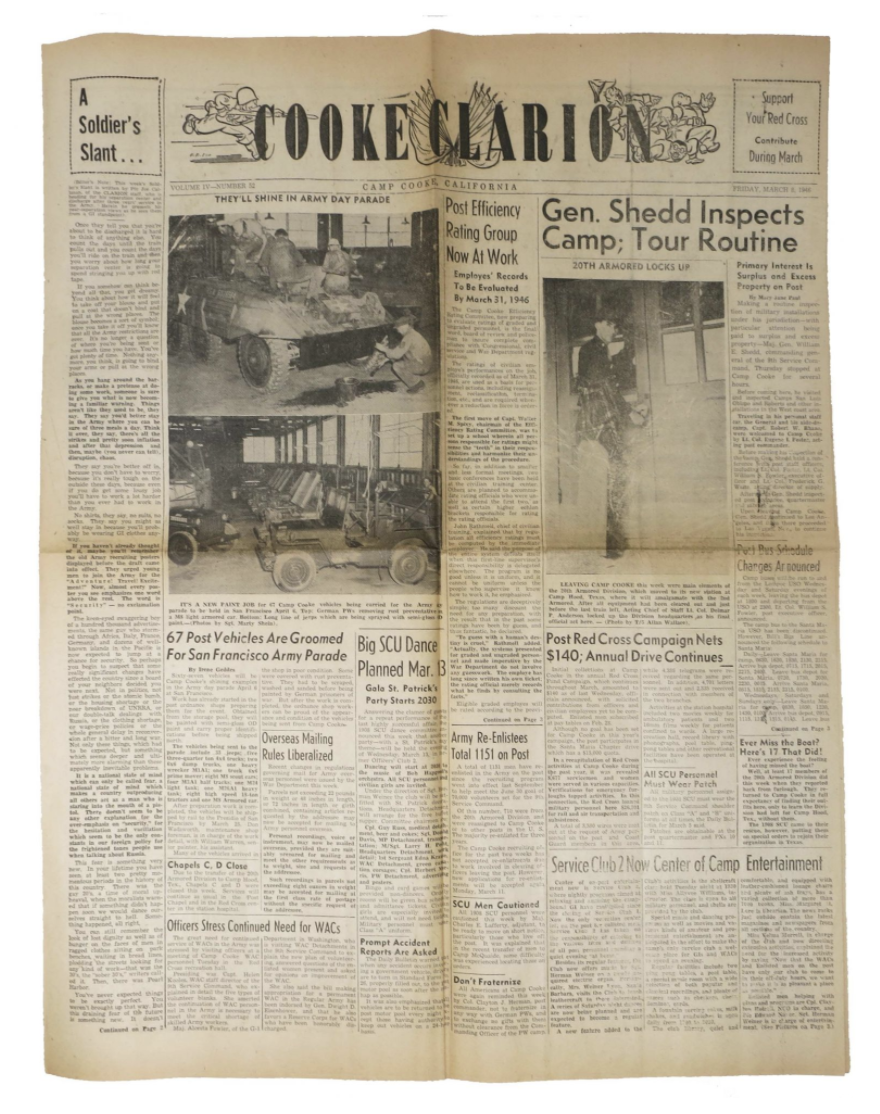 This invaluable source for local history (local being the central coast of California) at the end of World War II… a collection of 30 issues of the Cooke Clarion – detailing happenings at the military training base and disciplinary barracks from 1945-1946. The copies have the usual camp activities, but also includes such informative pieces as “Camp Cooke History … Here’s Chapter 2″ [Vol V - Number 3, March 29, 1946]. See it here. 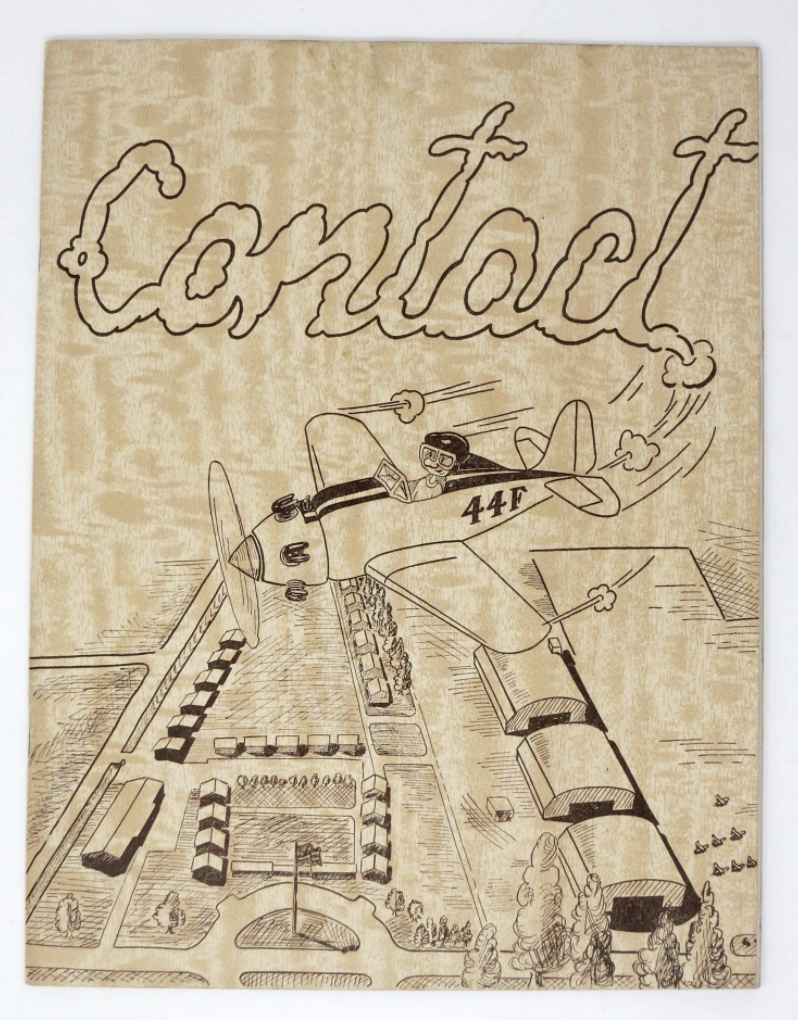 This World War II Class Book was printed in 1944 and comes from Ryan Field, in Hemet, California – the 5th A.A.F.F.T.D. Illustrated with both drawings and photographs, it is an interesting piece of printed WWII history from California. Plus it isn’t found on OCLC! See it here. 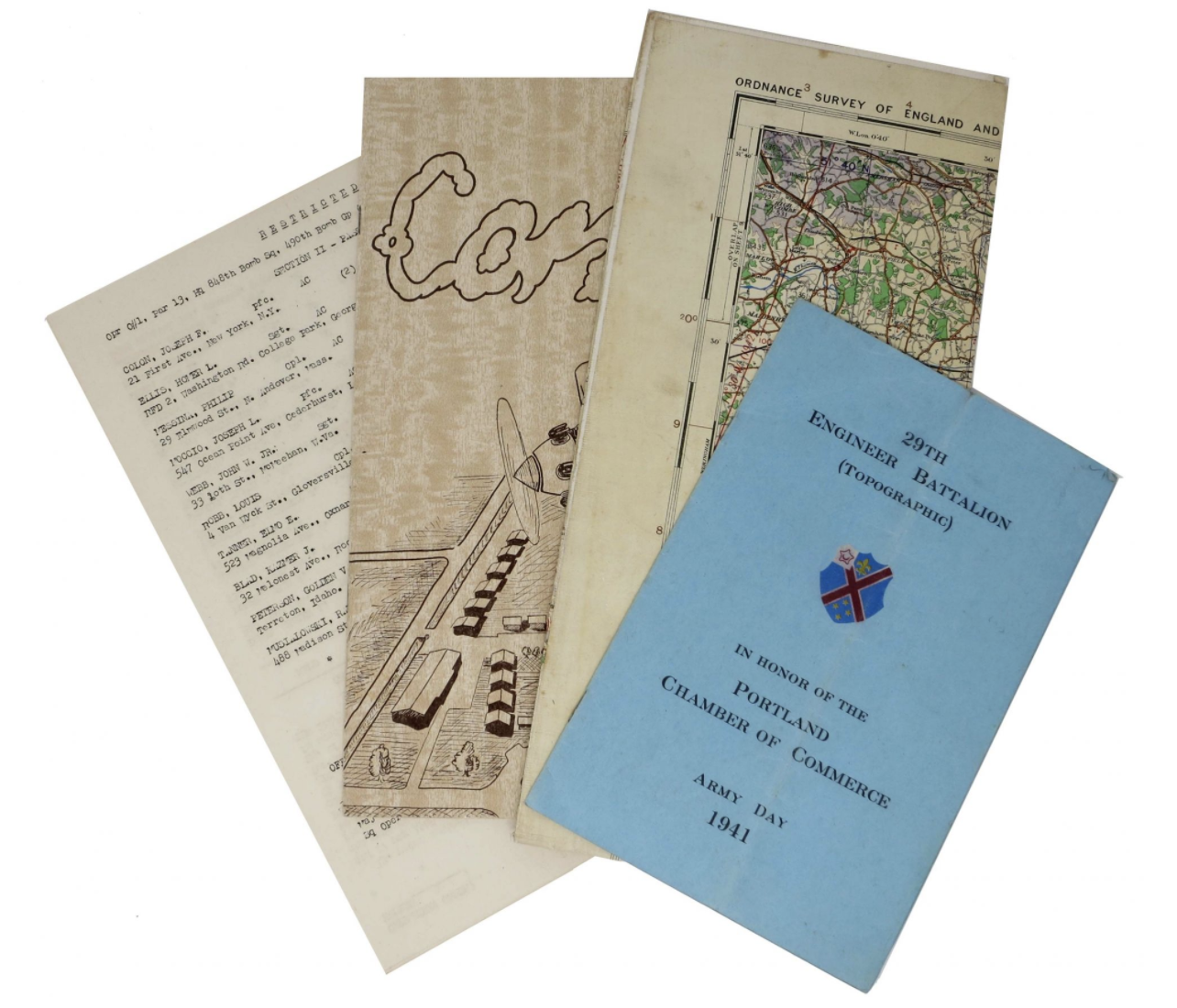 This interesting WWII archive is from Lt Wesley Dawe, from San Francisco, who served in the Army Air Corps during WWII, ultimately flying the B-17-G. Dawe collected a number of items documenting his early aeronautical career, primarily from the pilot training days of his second enlistment [his first stint was 1938 - 1941, mustering out ~ 6 months before Pearl Harbor; he re-upped in 1943]. See it here.