This month marked the 100th anniversary of Syndicat Nationale de la Librairie Ancienne et Moderne, better known to the rare book world as SLAM. In conjunction with this momentous occasion, SLAM not only hosted the International Antiquarian Book Fair at Paris’ Grand Palais but also followed this by coordinating the 2014 ILAB Congress, April 13 to 16, whereat over 100 colleagues from around the globe gathered to celebrate not only their vocation, but also their avocation. Both the book fair and the Congress were fantastic events where numerous bibliophilic treasures were seen by all that attended. These bookish wonders aside, the collegiality alone would have made the trip worthwhile–though the exceptional food and wine cannot be discounted!

In honor of our Parisian adventure, Tavistock Books is pleased to present a list of books connected to France and French. Should you have a question about any item, please don’t hesitate to contact us. 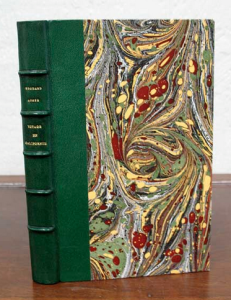 Edouard Auger spent 1852 and 1853 in California for the Gold Rush. This first edition, published by Librarie Hachette in 1854, is inscribed by the author on the title page. It has a modern green quarter calf binding with marbled paper boards and endpapers. The original green printed wrappers are bound in. Details>> 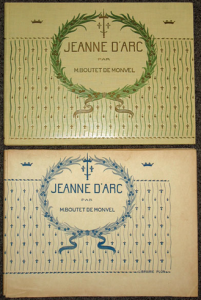 Maurice Boutet de Monvel published Jeanne d’Arc in 1896. It is his masterpiece, and Silvie calls the work “beautifully printed and exquisitely composed” in Children’s Books and Their Creators. Monvel is considered a leading figure in the Golden Age of children’s literature, alongside Caldecott and Greenaway. It is quite rare to find the book in its original dust jacket, as it is offered here. Details>> 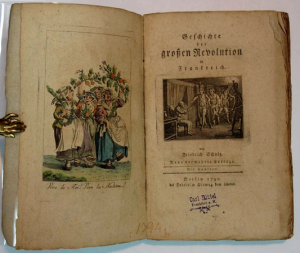 Published in Berlin in 1790, this edition of Geschichte der Grossen Revolution en Frankreich features a hand-colored frontispiece and has the period dark brown plain paper wrappers. There’s a hand-inked title label to the spine. Details>> 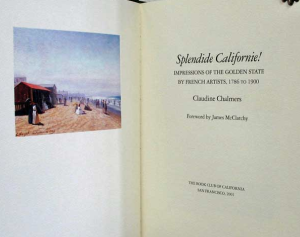 Published by the Book Club of California in 2001, Splendide Californie! is truly a stunning item. It features impressions of the Golden State from French artists, ranging from 1786 to 1900. The book was designed and supervised by the Yolla Bolly Press. Details>>

Sexually transmitted diseases proved formidable opponents to medical professionals in the eighteenth century. Teyaud’s Traite de la Gonorrhee et des Maladies des Voies Urinaires offers a look at how these conditions were treated at the end of the century. Paris would later become a center for medical study, and American doctors frequently went there to study. Details>> 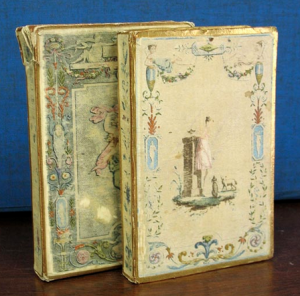 A compilation of diverse theatrical pieces from 1792 to 1815, Theatre des Dames is bound in beautiful color printed silk onlays affixed to gold boards, with a floral motif panel on the spine. It includes eight copperplate engravings. OCLC records only four copies worldwide, and KVC adds a fifth. Details>> 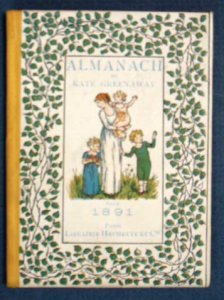 A scarce French edition of this popular publication Almanach de Kate Greenaway was published in 1891. It features white glazed paper-wrapped color-pictorial boards with a yellow cloth spine. Color illustrations are by Kate Greenaway, printed by Edmund Evans. KVK shows no holdings at the expected institutions, and OCLC records only two holdings in the US. Details>> 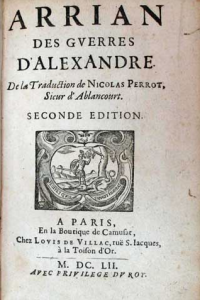 Arrian was a public servant, military commander, and philosopher from the second-century Roman period. His account of Alexander’s life is arguably the most complete and most widely read, likely because he was able to use sources that have since been lost. This 1652 edition (the second edition thus) appears to be rather scarce; OCLC records one copy in Germany, and KVK notes another at the Bibliotheque Nationale. Details>>