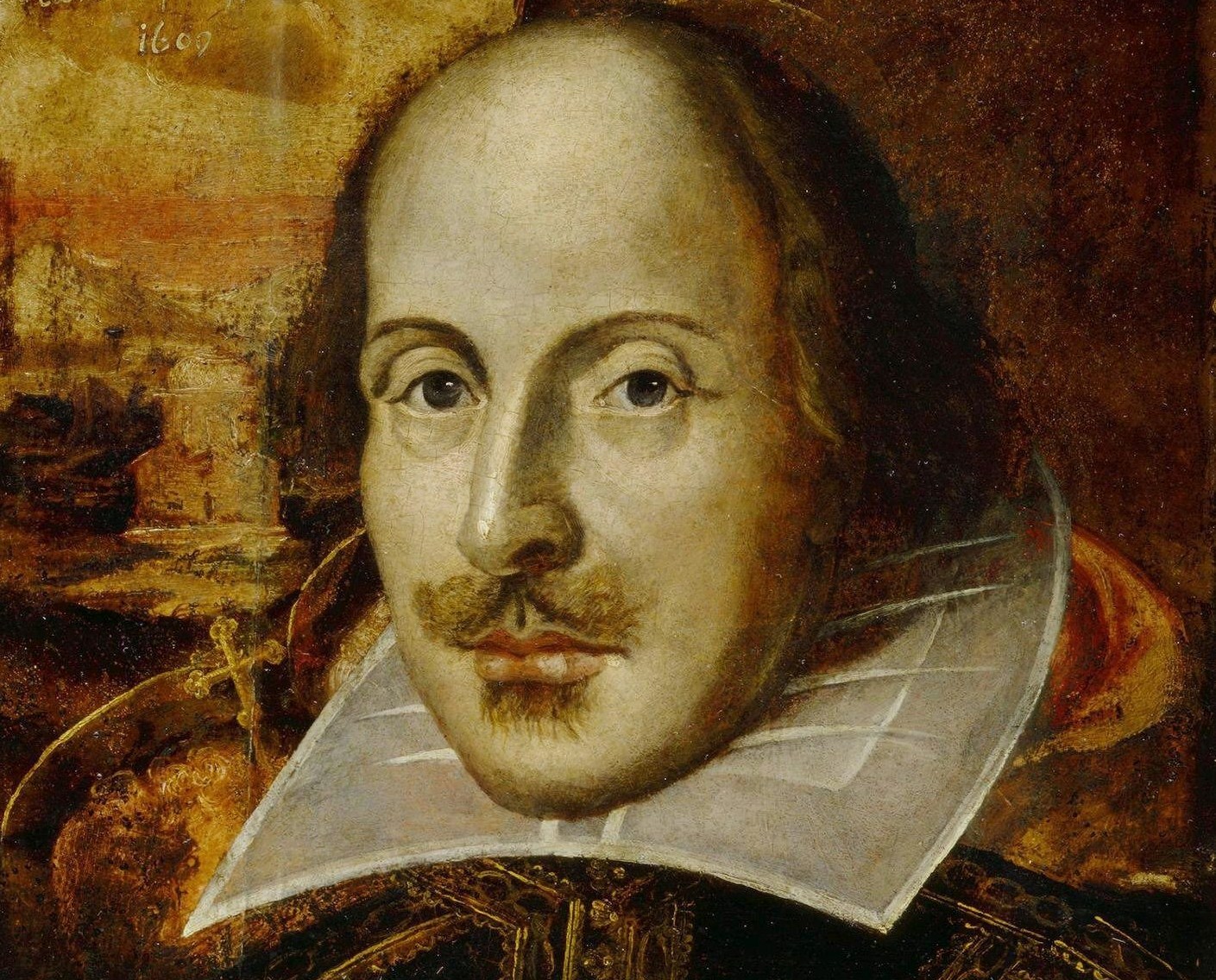 Today we celebrate the birthday of the world’s most famous playwright and poet, William Shakespeare. While he’s best known for works like Romeo and Juliet, Midsummer Night’s Dream, and Macbeth, Shakespeare produced an incredibly diverse body of work that includes many overlooked pieces. Scholars have approached Shakespeare from countless angles. Both Shakespeare’s works and Shakespearean scholarship have fascinated rare book collectors for centuries, and the items below offer an interesting glimpse into Shakespeare’s genius.

Cymbeline: A Tragedy is based on part of the Historia Regum Britanniae of Geoffrey of Monmouth, which details the life of British monarch Cunobelinus. Shakespeare, of course, weaves in multiple sub-plots and adapts the story to make it more dramatic and engaging. The date of Cymbeline’s authorship isn’t certain, though it was certainly performed as early as 1611. It used to be one of Shakespeare’s most highly regarded plays but has fallen out of favor in the past few centuries. Multiple scholars have asserted that Shakespeare worked with a collaborator to write Cymbeline; several passages sound patently “un-Shakespearean.” Our 1734 edition of Cymbeline, printed for J. Tonson, includes a frontis by Guernier and a title page printer’s ornament of a bust of Shakespeare.

The History of Sir John Oldcastle

Originally published anonymously in 1600, The History of Sir John Oldcastle, the Good Lord Cobham is an extremely rare Shakespearean work. The second edition (1619) attributed the work to Shakespeare. Sir John Oldcastle was a real person who was hanged and burned for heresy and treason in 1417. Oldcastle is incorporated as a minor character in Famous Victories of Henry V, which was undoubtedly a source for Shakespeare’s Henry IV and Henry V. Earlier versions of Henry IV use “Oldcastle,” rather than “Falstaff,” and it’s thought that Shakespeare changed the name to avoid offending the Cobham family. According to Jaggard, who cites Henslowe’s diary, authorship of this history was a joint effort of Drayton, Munday, Wilson, and Hathway. Other scholars even assert that these four actually wrote The History of Sir John Oldham as a response to Shakespeare’s Henry IV. Regardless of its authorship, the piece is exceptionally scarce on the commercial market.

In 1904, Elizabethan scholar AH Bullen established the Shakespeare Head Press in Stratford-upon-Avon. His goal: to produce an exceptional version of Shakespeare’s works. Bullen administered the private press until his death in 1927; it was then acquired by a partnership that included Oxford bookseller Basil Blackwell. The press has become quite famous in its own right. This collection of Shakespeare Head Press booklets represents early works from the press and includes “Ancient Carols” (2nd ed); “Festive Songs for Christmas” (2nd ed); “Shakespeare’s Songs”; “The Nutbrown Maid”; “A Lover’s Complaint”; and “The Phoenix and Turtle.”

The full title of this work is The Great Cryptogram: Francis Bacon’s Cipherin the So-Called Shakespeare Plays (1888). Its author, Ignatius Donnelly, began his career as a Minnesota farmer and went on to be a Congressman for the state. He was active in the formation of the Populist Party. Later, Donnelly turned his efforts to authorship, and here he argues that philosopher Francis Bacon is the real author of Shakespeare’s works. Donnelly’s argument was a popular one in the late 19th and early 20th centuries. Donnelly traveled to England to arrange an English publication of the work. He spoke at Oxford Union, and his thesis “Resolved, that the works of William Shakespeare were composed by Francis Bacon,” was defeated by vote. Donnelly found himself publicly discredited, and the book was a failure.

The breadth, depth, and impact of Shakespeare’s works have resulted in an immense body of Shakespearean scholarship. You’ll find works that explore Shakespeare’s connection to Charles Dickens or Shakespeare and Milton, along with more obscure items like Christopher Morley’s lectures on Shakespeare and Hawaii. These items are often relatively affordable, making them both interesting and accessible for rare book collectors. They also add context and texture to a Shakespeare collection.