In 1829 an English chemist and mineralogist name James Smithson died. This, in and of itself, should not have influenced the United States in any grand way… but it did! This English chemist, born in Paris and the illegitimate song of the 1st Duke of Northumberland donated all of his lifetime of earnings and his own inheritance to Washington, D.C. and the United States… despite never having been there. What came of this scientists idea of “an establishment for the increase and diffusion of knowledge among men”? Less than 20 years later the Smithsonian Institution was founded in Washington D.C. as an establishment that promoted further knowledge and learning for all men. In his will, Smithson dictated that his funds be left to his nephew and the nephew’s family… or in the event that the nephew had no surviving heirs, to the United States of America for a very specific purpose. 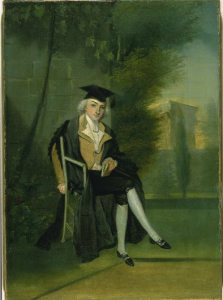 A young Smithson from his days at Oxford.

James Smithson was born Jacques Louis-Macie in Paris, secretly, on an unknown date. He eventually became a naturalized UK citizen, and even studied chemistry at Oxford’s Pembroke College. After graduating from Oxford, Smithson considered himself somewhat of a nomad – he traveled extensively throughout the UK and Europe and published many papers on his findings. His “findings” covering all manner of topics – from the art and science of coffee making to the use of the scientific substance calamine in making brass. He studied other scientific topics over his lifetime, more to do with his chosen field of chemistry (like the make-up of human tears and snake venom!) Smithson was independently wealthy from an inheritance from his mother, and though he stayed quite busy throughout his lifetime in his studies, never had a career or a paying job. However, his travels did not diminish his wealth and at his death he was still very well-off. Smithson died in Italy in 1829. Six years later, his one and only nephew, Henry Hungerford, died, leaving no heirs. In his will, Smithson dictated that in the event that his nephew died without heirs, [Smithson] then bequeath the whole of [his] property… to the United States of America, to found at Washington, under the name of the Smithsonian Institution, an Establishment for the increase and diffusion of knowledge among men.” 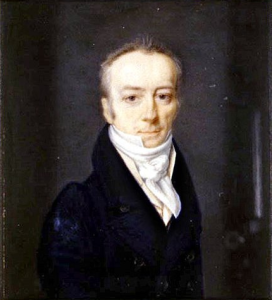 The United States was unaware of Smithson’s plans until his nephew passed away in 1835. The news was sent to President Andrew Jackson, who informed Congress of their lucky gift. A committee was set up almost immediately to begin planning the Smithsonian Institution. The funds from Smithson’s estate over the next few decades eventually totaled up over $562,000 (the money arriving as gold sovereigns in almost a dozen boxes, alongside Smithson’s personal belongings and scientific findings) – a total almost equivalent to $15,400,000 today!

In February of 1847, the Board of Regents (those put in charge of overseeing the new “Smithsonian Institution”) approved the seal for the institution. The institution opened that year and has remained an unbelievably popular establishment for research and knowledge ever since. These days, taking young children on field trips to the Institution (which has since expanded into a combination of 19 museums and galleries – all but 3 of which are still located in Washington, D.C.) is a common practice, as the collections include over 138 million artworks, artifacts and specimens. The Smithsonian Institution Libraries hold 2 million library volumes – and their Archives hold 156,830 cubic feet of archival material! Talk about an impressive library… the Smithsonian is an American institution with a wonderful history. Happy 170th Anniversary to the Institution! 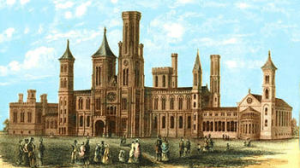