Bookstores and businesses in the antiquarian book world are numerous enough that no matter what you are looking for, you can be sure to find it somewhere. On sites like Biblio.com and abaa.org, you can search for booksellers based on what genre of books you are looking for. One genre we would like to salute on this December 7th, an important day of remembrance and respect in United States history, are antiquarian books with a WWII military basis. 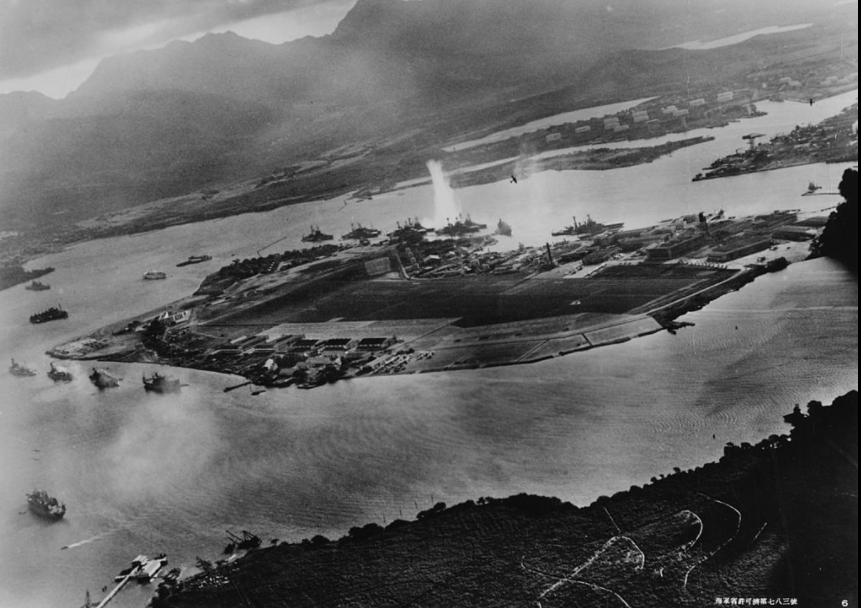 A picture taken from a Japanese fighter jet (where did they find the time?!) as one of the first torpedoes hit the USS West Virginia at Pearl Harbor.

On the morning of December 7th, 1941, 353 Japanese fighter planes attacked the United States military base at Pearl Harbor, Oahu, Hawaii. The lack of any warning for this attack led the president, Franklin Delano Roosevelt to label it “a date which will live in infamy” – primarily based on the lack of a declaration of war (a formal pronouncement) or any true notice of its happening. The Naval base suffered devastating loses, with four of the eight Naval battleships sunk and all severely damaged. This attack, the likes of which many American citizens had never seen up close on our nation’s soil, shocked the nation into joining World War II.

Prior to the attack on Pearl Harbor, the United States had skirted around the edges of the looming World War II. However, on December 8th, the day after the attack on Pearl Harbor, President Roosevelt delivered a speech asking Congress for a formal declaration of war on Japan. Less than an hour after the speech, Congress consented. Due to a previous agreement between Germany, Italy and the Empire of Japan, United States was suddenly (or at least beginning on December 11th) at war with all three nations, all with the objective of restricting the United States’ ability to help any of their other opposition throughout the war.

Now, all of this is frightfully interesting (not making fun, just stating such with the knowledge that these things have all been heard before, especially today), but what does this have to do with antiquarian bookselling? Well, good thing you ask. Tavistock Books, among other antiquarian booksellers in the United States and abroad, boasts a small collection of WWII items – books, ephemera, memorabilia… even WWII posters printed on linen – all are things we have been lucky enough to have in stock over the years. On this anniversary of the attack on Pearl Harbor, we’d like to highlight some of our most interesting World War II items currently on our shelves. 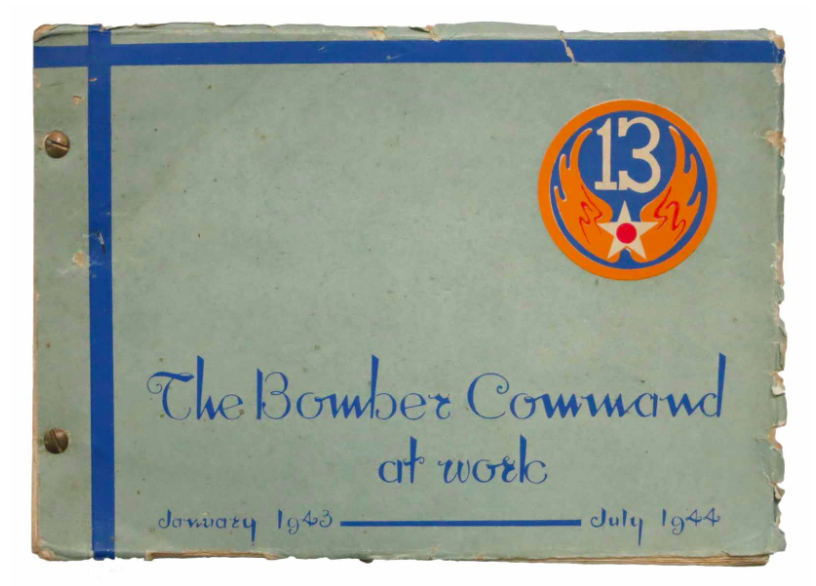 This uncommon military book details the XIII Bomber Command – a WWII command and control organization for the Thirteenth Air Force, activated in January of 1943. This organization was created in order to provide authority of Army Air Force bombardments within the 13th Air Force Area of Responsibility during the war. What is striking about this book is that it was created entirely within the Combat Area of the Bomber Command – its handmade nature evident – and provides extensive documentation of the Command’s activities in the Pacific Theater during the year and a half that it chronicles. 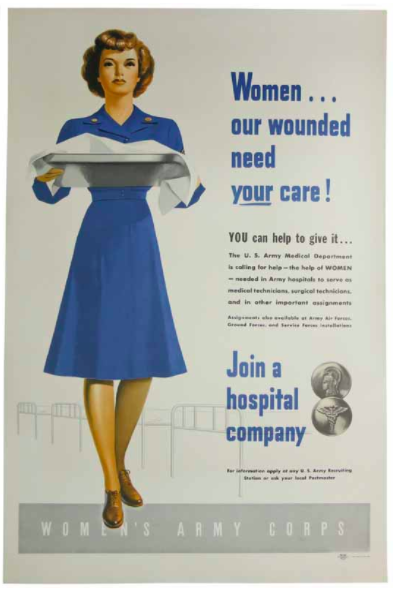 Another WWII item we currently have in stock and would like to bring attention to is this 1945 1st edition broadside/poster (linen-backed) by the Women’s Army Corps. As stated a bit earlier, we often try to carry unusual memorabilia relating to WWII. This poster propagandizes the Female Medical Technician campaign – an organization that came about after 5,000 of the U.S. Army Medical Department’s combat-ready men were forced to transfer to the infantry in early 1944. The department suddenly began a major push to recruit women to fill the positions left open, and created departments like this Female Medical Technician campaign (which, by the way, was hugely successful). By the end of the war, the WACs (Women’s Army Corps) Medical Department employed around 20,000 trained, skilled and determined young women.

Again, on this December 7th we honor and remember members of the military that have, so often, given their lives and their time to protecting citizens of the United States. (We have mentioned before that our very own Vic Zoschak was a Lieutenant Commander in the United States Coast Guard before turning his talents toward a career in the antiquarian book trade, right?) We salute all.