On this day in 1926, the Jazz Age was in full swing in the United States. Censorship was not an uncommon or unlawful idea at the time, and many Americans were being held to strict moral codes (like that of the prohibition) that they didn’t necessarily believe in. This was the case all over the United States (as well as elsewhere, but that’s another story for another day), but particularly so in the large East Coast City of Boston, Massachusetts, where the phrase “Banned in Boston” was applied to music, literature, motion pictures, plays among other works of art that had been deemed inappropriate or objectionable by a conservative ruling party. Also on this day in 1926, famed American journalist, critic and satirist H. L. Mencken (Henry Louis Mencken) was arrested in Boston after knowingly and purposefully selling a recently banned issue of his own magazine The American Mercury. This moment in time will forever be remembered as a startling win for those against censorship, as not only was Mencken’s case dismissed but he was later able to win a lawsuit filed against Boston’s Watch and Ward Society for illegal restraint of trade. Though at the time it seemed that his win did little to change the harsh censorship laws in Boston, it did a lot to gather attention.

Now, H. L. Mencken was no stranger to being in the public eye. In fact, he traveled to Boston with none other than the express intention of getting himself arrested for selling one of his own works. He knew that the Watch and Ward Society would make sure he would be punished for selling his issue (banned especially because of a story about a prostitute named Fanny) – and wanted both the attention and the absurdity that was censorship in Boston to be highlighted for the world to see. Not everyone in Boston agreed with the Watch and Ward Society’s harshness, as he was acquitted the very next day by a lenient judge. In fact, around this time Boston began to bite itself in the behind, so to speak, as their banned books began to unintentionally garner favor in other areas of the United States with the taboo of being salacious!

Mencken was a free spirit if there ever was one, and both the prohibition and censorship angered him greatly. He is quoted as saying in 1922, “I am, in brief, a libertarian of the most extreme variety, and know of no human right that is one-tenth as valuable as the simple right to utter what seems (at the moment) to be the truth.” He used his skills and connections in the journalism community to procure a reputation as, well, a bit of a badass! 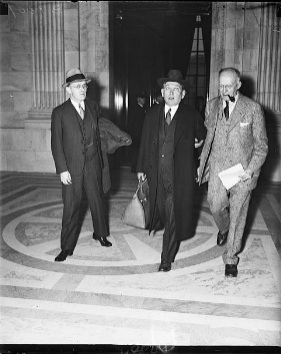 The story of Mencken’s arrest goes something like this – he boarded a train for Boston and once having arrived in the city organized a meeting in a public square with John Chase, the director of the Watch and Ward Society. Once Chase arrived, police in tow, Mencken offered Chase the banned issue of The American Mercury for a half-dollar coin. Chase handed the coin over, dramatically (or so we presume), and Mencken, after having bit the coin (you know, just for good measure), was placed in handcuffs and escorted from the Boston Common! After his acquittal the following day, when the judge ruled that private citizens should not be in charge of what literature ought to be banned or not, Mencken went to lunch at Harvard University, where a crowd of over a thousand happy fans greeted him with applause and gaiety.

Suffice to say, on this day in 1926 a fairly important moment in the history of censorship was going down! Though the Watch and Ward Society was not shut down and some could argue that no immediate response was garnered from the showdown between Mencken and Chase, here we are, almost 100 years later, still talking about this single incident! Perhaps it wasn’t all for nothing… let’s give H. L. Mencken some credit! 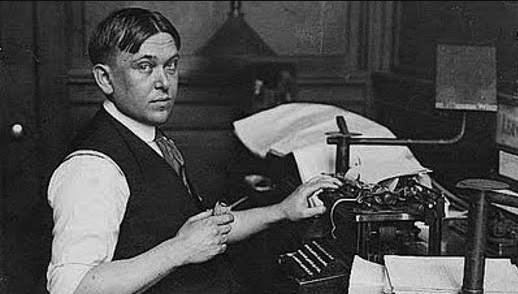