This September, Tavistock Books took a step back from exhibiting at the Sacramento Antiquarian Book Fair, and our Master & Commander Vic Zoschak attended from a buyers standpoint alone. We pick his brain and see how it went! Photo by ZH Books. 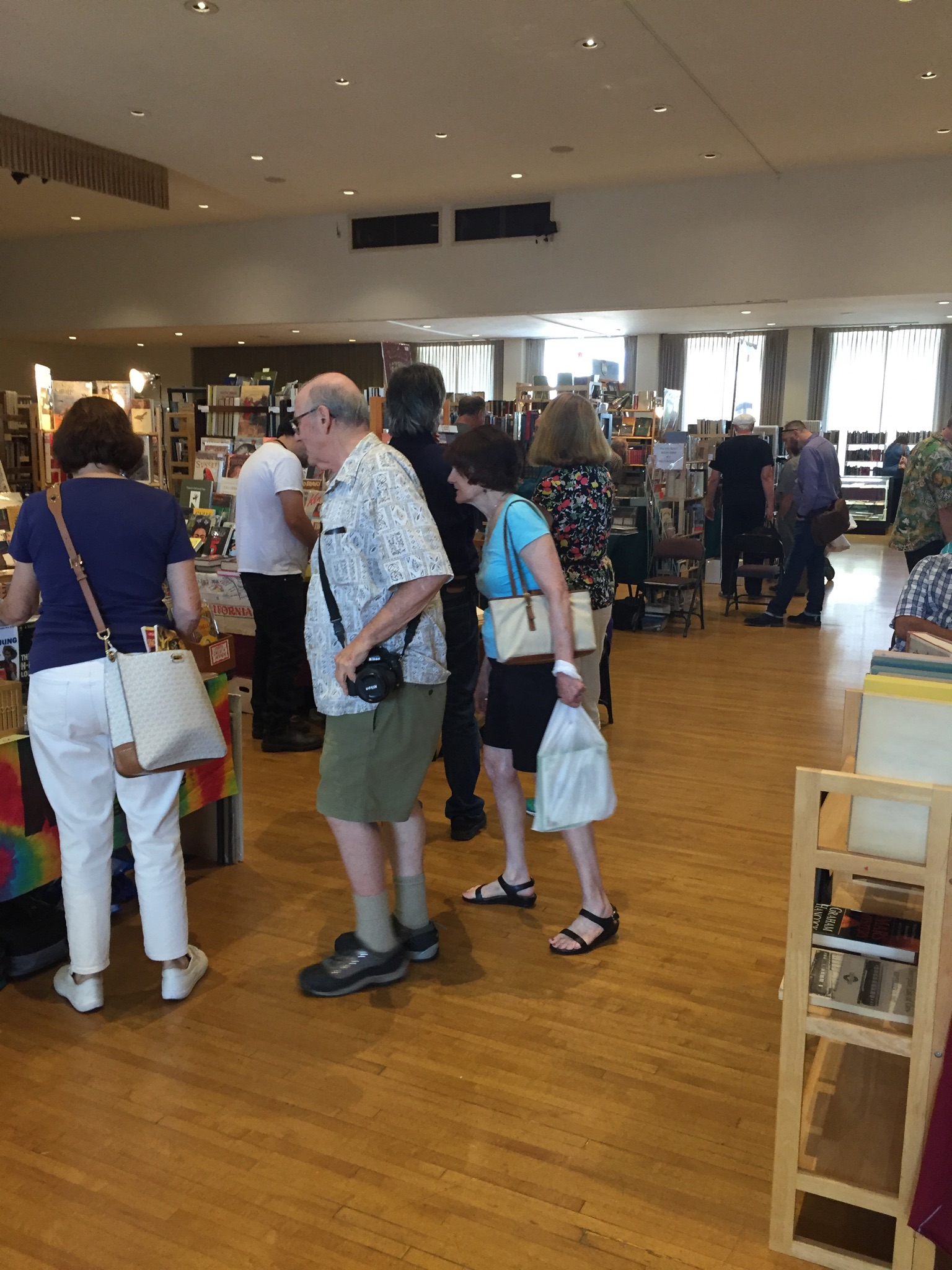 So, Vic – attending the Sacramento Antiquarian Book Fair as an Outside Observer. For the first time in how many years?Gosh, the last time I remember just shopping the Sacramento Book Fair was the late 80s, before I took the plunge into the bookselling world.  I have no doubt that Sacramento was one of the first book fairs at which I ever exhibited [perhaps eclipsed by the now long-time defunct Berkeley Book Fair, a one-day event that started set-up at 6:30 in the am, with an opening of 10 am!].These days, the Sacramento event is ably run by Jim Kay, who has done so a number of years now, and he has even turned it into a semi-annual fair, every March & September.  Jim tells me there’s been some recent turnover in the bookseller ranks, i.e., other long-time exhibitors besides myself have stepped aside [e.g., Carpe Diem & no Ken Sanders this time], but all the booths looked taken, so there were, no doubt, others waiting in the wings for us to move aside & to take our places.
I noted that the Book Lair & ZH Books had moved over into my old spot, which I had shared with Book Hunter’s Holiday.  They both seemed to like that corner.

What were your overall impressions of the fair, from a strictly buyers standpoint? Well put-together, as usual? Crowded?Jim’s hallmark is indeed a well-run event.  The crowd seemed the same, which is to say, by noon there was a buzz in the hall, and lots of folks in the aisles.  Saw plenty of tickets being written.  And the snack bar back in the corner continued to put out quality fare…  I had the chili this time around-  quite tasty.

Was there anything you haven’t noticed before that was called to your attention as a non-exhibitor? No, I can’t say that anything comes to mind in this context.

How was the buying? In recent years you have had great luck at Sacramento. Was it the same, after not being able to take first pick at everyone’s goodies during setup?! (One of the best parts of exhibiting, in our not so humble opinion… seeing what is available before anyone else!)While I did buy some things that I thought interesting, in terms of potential profit, I see the end results as being modest, at best.  In other words, nothing great that would command an exclamatory “Whoohoo, look what I found!”It’s hard to say whether or not not being on the floor during set-up occasioned a missed opportunity.  I personally didn’t hear of any great finds, but that’s not to say it didn’t happen.  Certainly such has happened in the past at this fair [even once or twice for yours truly], so who can say?

What do you think for the future? Will you continue to attend Sacramento as a buyer only or are you considering exhibiting at any upcoming Sacramento fairs? I think the Sacramento fair’s immediate future is assured.  As I said, Jim does a great job, and the fair is apparently well supported by both the local exhibitors and the local book buyers.  As to myself, I confess, a half-day devoted to the fair, vs 4 days…  well, let’s just say I loved being home by 2 pm Saturday, and being able to catch the last few innings of the Giants game.

Well… we can all hope that Vic might exhibit at Sacramento again (perhaps when there is no Giants game to be watched)! It’s just not the same without him!