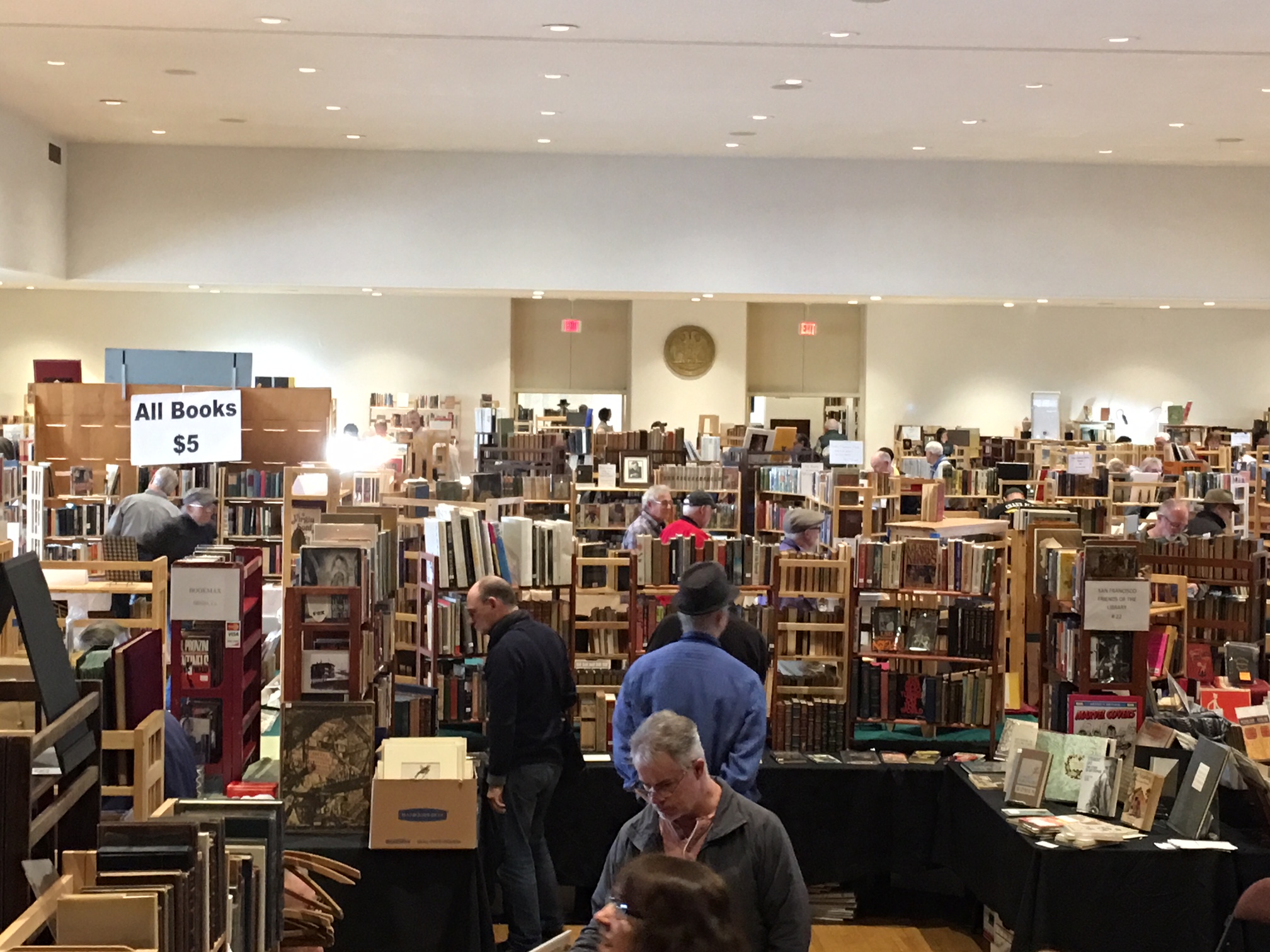 Jim Kay did it again!  “What?”, you ask?  Nothing less than host the umpteenth million [or so it seems] successful Sacramento  book fair!  Seriously, in one iteration or another, I’ve been attending this book fair since the mid-1980s.  For northern California bibliophiles especially, it’s a local gem.  Jim [pun intended] resurrected the fair a decade or so ago when it, like many other regional book fairs, was falling prey to the spread of internet book-buying.  Under Jim’s guidance, it’s now a vibrant local fair that consistently draws a good crowd, not to mention, exhibitors, who hail from as far away as Seattle, LA, and Salt Lake City.

This particular fair was also memorable for another reason…  it was the first ever for my new assistant, Samm Fricke.  Samm came on board last Wednesday.  Yes, you read that right, she’d only been in my employ for 2 days before I whisked her off to help me man the Tavistock Books’ booth.  She did great!  And the good ship Tavistock…?  The buying was great*; sales, not so much.  But that said, unless someone buys out your booth, there’s always room for improvement, isn’t there?Finally, one attractive aspect of this fair that it shares with others-  interaction with colleagues.  The Friday night dinner has become tradition, and this year was no different.  That night, eight of us gathered at a local restaurant, Roxie, to dine, converse & just generally relax after a long day of set-up.  For me, this is one of the allures that keeps me coming back… the camaraderie shared at that Friday night dinner.   As they used to say in that one commercial, “priceless”.

See you in September.

* watch for our New Acquisitions list…  lots of interesting material will be coming your way!