Voltaire is a household name. There is no doubt about it – I am sure (meaning I hope very, very strongly) that even the latest generation learn about Voltaire in school. Why else would we know that occasionally dropping his name makes you sound really smart?

Just kidding! But honestly – let’s look at why Voltaire is such a well-known figure and what exactly his name stands for when used today. For example, one of my closest friends recently exclaimed to me that Voltaire was the god of those who had been bullied in school. His reasoning? “Voltaire could humiliate a king to his face, yet he was so clever that he always got away with it.”  High praise indeed! With a comment like that, how could you not find out everything you could about this prolific writer, eminent historian and witty philosopher?

Voltaire was not always Voltaire. He was born the youngest of five children to a French lawyer/treasury official and christened François-Marie Arouet in 1694. His family referred to him as “Zozo.” After finishing his education at the College Louis-le-Grand, Voltaire moved to Paris and pretended to work as a lawyer to appease his father while all the while spending his time writing. His young adulthood seems to be riddled with these instances – the boy playing the disreputable and difficult son and the father stepping in to “save the day.” After his father discovered his initial trickery, he sent him to study law once more, this time in Normandy. After his father was able to get him a job with the French ambassador to the Netherlands, Arouet began an affair with a French prostitute that resulted in immense scandal… once more subjecting him to his father’s rule and ending with his imminent return to France. 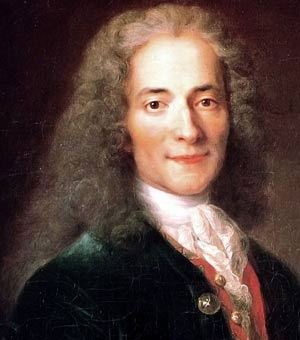 Now, Voltaire’s early life does not necessarily reflect my friends insistence that Voltaire “always got away with it.” As a matter of fact… he totally didn’t. Voltaire spent almost a year imprisoned in the Bastille for accusing a member of the royal family of incest with his daughter in a satirical poem (I mean… what exactly did he expect?). Seven months after his release in 1718, however, his play Oedipus debuted at the Comédie-Française in Paris a spectacular success. Not only did it land Voltaire on the literary map (for something other than scandal), but it also marked the first time he used his pen name – Voltaire, an anagram of the Latin spelling of his surname, AROVET LI (though there are several schools of thought for how Voltaire settled on “Voltaire”). Despite the importance of this name today, what is not necessarily commonly known is that throughout his lifetime Voltaire wrote under 178 different pen names.

If you’re wondering if you’re not sure you read that correctly I’ll say it again…178 pen names! That is a LOT of names! Let’s talk about how prolific Voltaire really was… for as you will easily learn Voltaire is to this day one of the most prolific writers that ever lived. After the success of Oedipus, Voltaire released two plays in 1720 and 1724 respectively, entitled Artemire and Mariamne – both considered flops today (and at the time as well – only fragments of Artemire exist today). However, an epic poem he was denied permission to publish about King Henry IV of France was a great success after Voltaire went to great lengths (traveling all the way back up to the Netherlands) to have published secretively. Soon after, Voltaire spent two years in England in exile – after challenging nobleman Rohan-Chabot to a duel and being imprisoned prematurely once again in the Bastille, Voltaire himself came up with the idea of his exile instead… 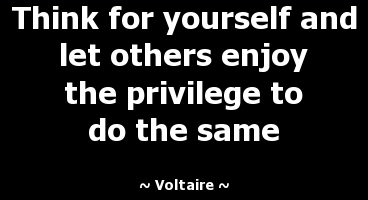 Continued soon with The Views of Voltaire, Pt. II!