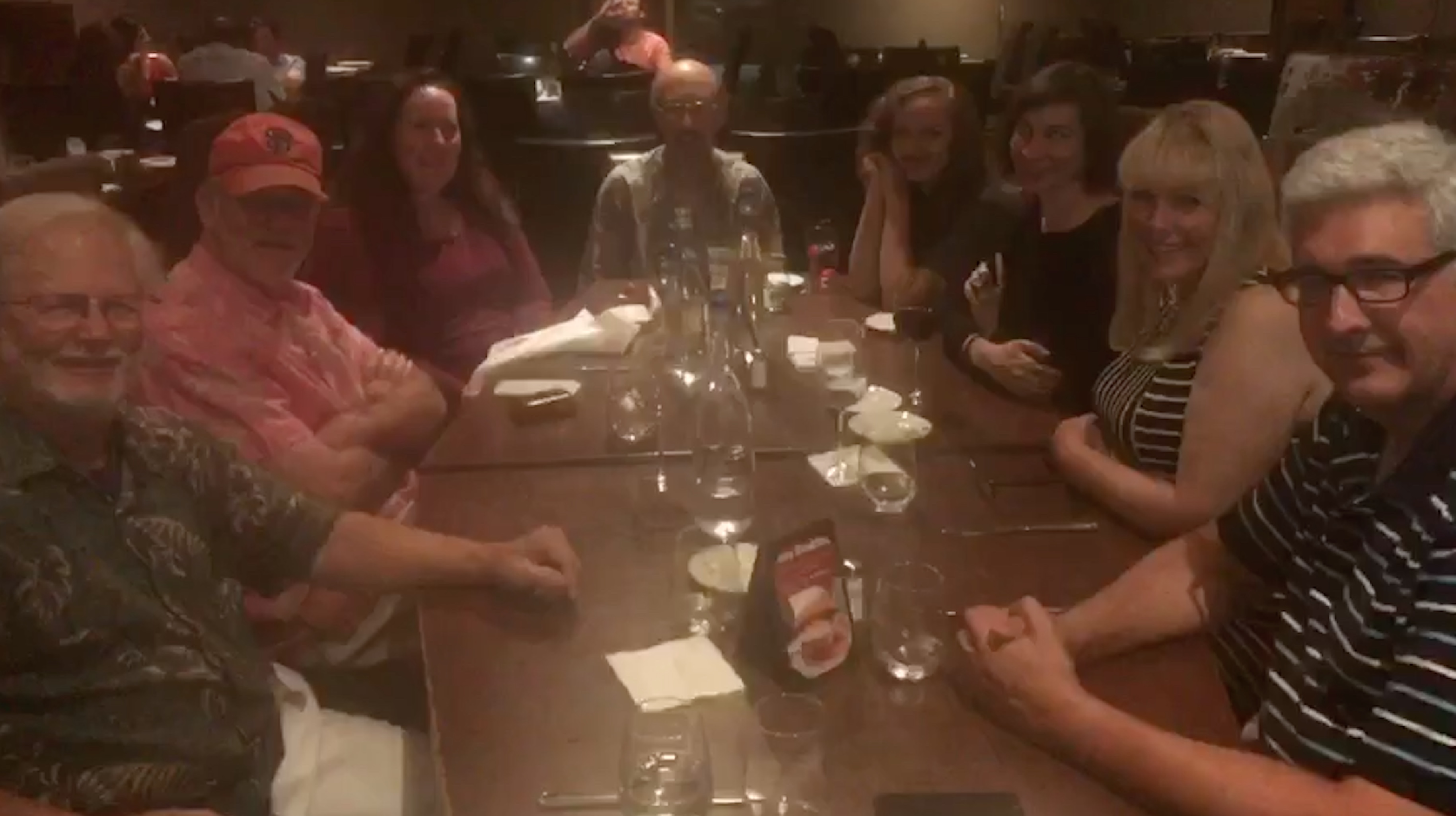 Dinner at Roxy’s could tempt us all!

Reading colleagues’ comments with regard to the recent Brooklyn event, allow me to put in a plug for the Sacramento Antiquarian Fair, held this past weekend.  A semi-annual event, hosted by Jim Kay, I suspect it doesn’t have the panache of Brooklyn, but that said, it has come to be beloved by those of us on the west coast, drawing exhibitors from both ends of the coast, not to mention a fellow bookseller who routinely makes the trek from out Utah way…  that said, despite the close proximity of Sacramento, I suspect David flew east for the weekend, for the local event definitely has a Californiana bias in exhibitor offerings, and that not David’s metier ime, but it is one of mine. Given that, from an ABAA colleague I bought a [what I consider to be] fantastic item: an 1853 Sacramento Directory, and as I recall, the second Sacramento city directory ever published, this one an inscribed presentation copy from the publisher to the man considered to be Sacramento’s first mayor.  Plus *bunches* of other neat stuff, filling over two boxes, and occasioning Samm’s questioning look: “How the heck are we going to get all this stuff in the car?!?”I have no doubt the food & beverage choices in Brooklyn are myriad, however, I’d stack up the fair’s local concession’s Chicken Pesto sandwich against any comer offered elsewhere [Taylor, feel free to offer your thoughts here

].  And the pre-fair, post-setup Friday night dinner at Roxy has become traditional, this time around, shared with 9 colleagues… Chuck, Roxy’s Manhattan might even tempt you.  So, it seems we have two credible regional events on this same weekend in September, and for that I’m thankful.  Here on the West Coast, we’ve lost so many regional fairs over the last decade or two that it’s gratifying this one is thriving [I understand a new fair attendance record was set yesterday].  Further, Jim tells us it’s here to stay as long as he is.  I should add, it’s relatively inexpensive to exhibit… my half-booth, with display case, was a modest $385.Finally, I personally like the fact that the Sacramento show is a one day event.  I got home last night by 7 pm, slept in my own bed, and today, get to watch Jimmy G & cast take on the Vikings… in other words, no standing around in the booth on a quiet Sunday, hands in pockets, watching the clock sloooowly make its way towards 5 pm.Very civilized, promoters please take note.V.