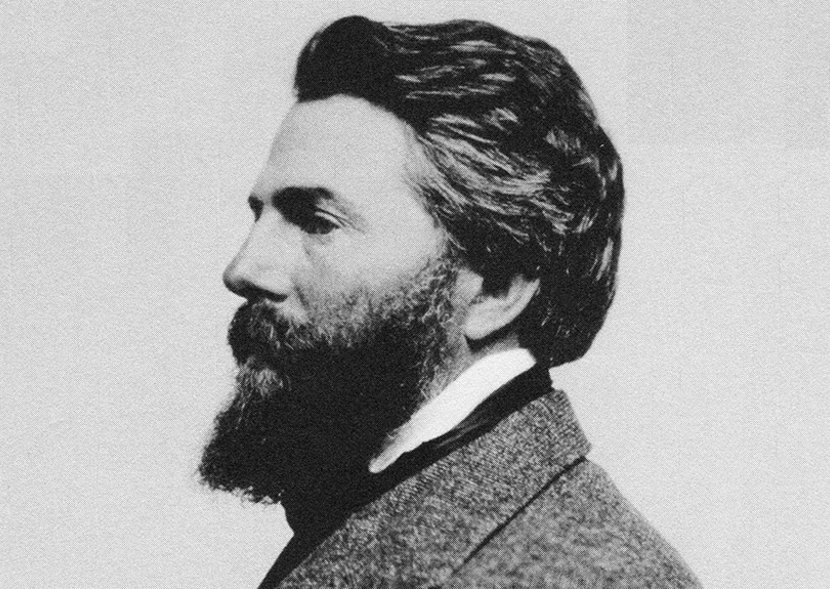 Moby-Dick is, undeniably, a classic American novel. But did you know that at the time of its publication it was considered a total flop? In fact, Melville’s prior novels (which some of you may never have even heard of) did much, much better in American critical literary society than Moby-Dick. Readers could not see past the complexity of the novel – they were expecting an adventure tale and what they got was “obscure literary symbolism.” I always find it humorous (though I am sure it wasn’t humorous to Melville) when a work that is today considered of the highest class was at the time frowned upon. The old Picasso problem, right? At least due to these instances we understand what genius looks like at the beginning, no? 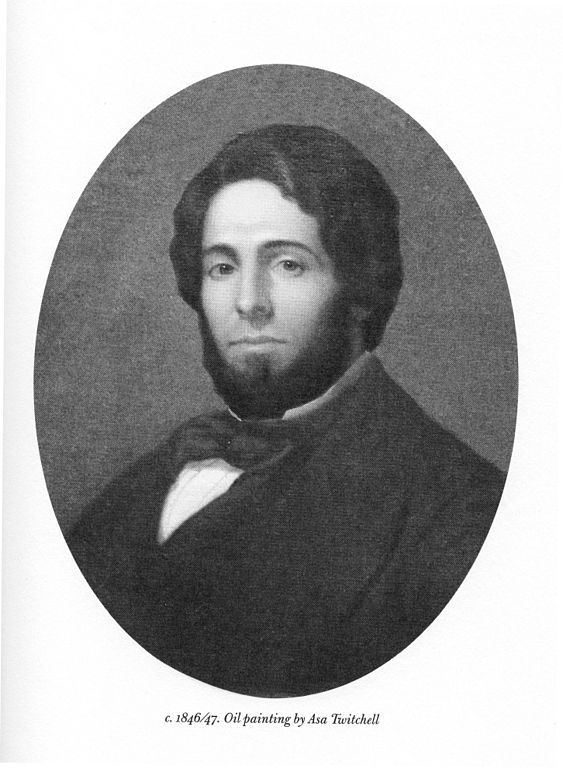 Herman Melvill (yes, that spelling is correct) was born in August of 1819 in New York City. He was the third of eight children born to a merchant and his wife. Though his parents have been described as loving and devoted, his father Allan’s money woes left much to be desired. Allan borrowed and spent well beyond his means, and after contracting what researchers imagine as pneumonia on a trip back to Albany from New York City, he abruptly passed away when Herman was merely 13 years old. Herman’s schooling ended as abruptly as his father’s life, and he was given a job as a clerk in the fur trade (his father’s business) by his uncle. Sometime around this time, Herman’s mother changed the spelling of their last name by adding an “e” to the end. History is still unsure as to why she would have done this – to sound more sophisticated, to hide from debt collectors… we may never know! But that simple “e” will live on forever, that is for sure. 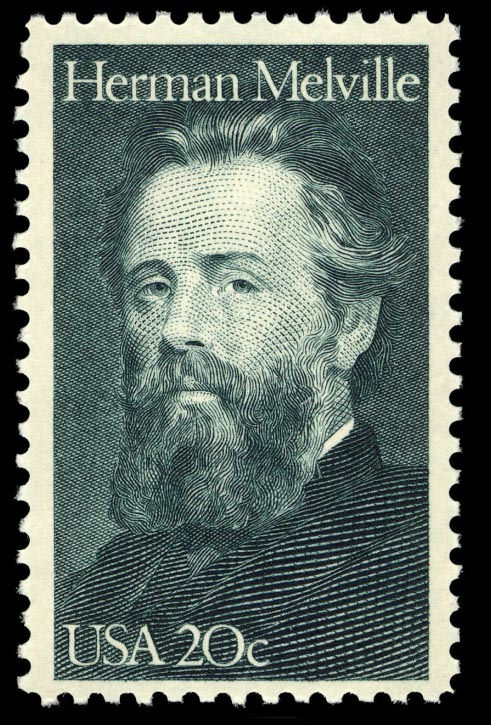 In May of 1831 Melville signed up as a “boy” (a newbie, for all intents and purposes) on a merchant ship called the St. Lawrence, and went from New York to Liverpool and back. That experience successful (and what with a longstanding obsession with the true story of the search for the white sperm whale called Mocha Dick), he decided to join the Acushnet for a whaling voyage in 1841. After a few months on board, Melville decided to jump ship with another deckhand in the Marquesas Islands after several reported disagreements with the captain of the ship. Expecting to come across cannibalistic natives, Melville was (unsurprisingly) pleased to find out that the natives were accommodating and friendly – a fact which he would later address in his 1845 novel Typee – semi-autobiographical in nature as it was based on his stay in the islands. Melville then experienced island and country hopping to an extreme degree, after boarding a boat from the Marquesas to Australia then continuing on whaling and merchant vessels visiting Tahiti, Oahu, Rio de Janeiro and Lima, Peru – among others. Eventually, Melville ended up back in Boston, Massachusetts.

Between the years 1845 and 1850, Melville experienced substantial success as a writer. His first novel Typee performed well in both public and critical arenas, and its sequel Omoo (also based on his time in the islands) performed almost equally as well. During these years Melville won the hand of Elizabeth Shaw in marriage, which throughout the years would give him four children – two sons and two daughters (though only the daughters would live to adulthood). Melville followed Omoo with novels Redburn and White-Jacket – both successful enough in their own right to afford Melville the opportunity to buy his beloved home Arrowhead in Pittsfield, Massachusetts, which was an inspirational setting for his writing. It was here that he wrote Moby-Dick, or The Whale – which started as a simpler story on a fictional whaling event and eventually (with the aid of Melville’s friend Nathaniel Hawthorne, who had recently enjoyed success with his novel The Scarlet Letter) turned into the allegorical novel it came to be. As a matter of fact, Melville dedicated what is now considered his most enduring work but became the flop that threatened to break his bank account to this friend and colleague.

After the unfortunate reception of Moby-Dick – it seemed a bit too far-fetched in style and meaning for its audience – Melville was forced to sell his home in Pittsfield to his brother and move his family back to New York City, where he took up work as a district inspector for the U.S. Customs Service. Though his writing took much of a backseat at this time (roughly 1857 to the late 1870s), Melville continued to write poetry throughout his lifetime, up until his death from cardiac arrest on September 28th, 1891, when he was 72 years old. His last work Billy Budd he had stopped working on in 1888, but was found accidentally and published posthumously in 1891 – and today holds great esteem as yet another wonderful work by a misunderstood great American novelist. Today, 127 years to the day of Melville’s death, we are glad to have a chance to study and appreciate his work today. And if you haven’t yet read Typee – we greatly recommend it! 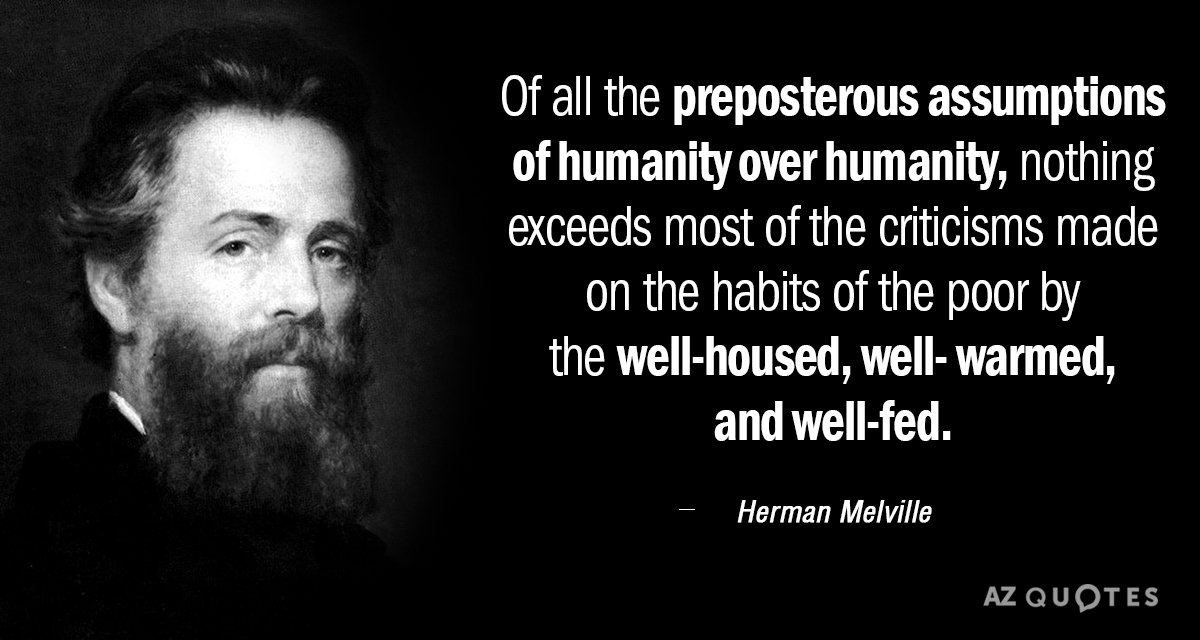