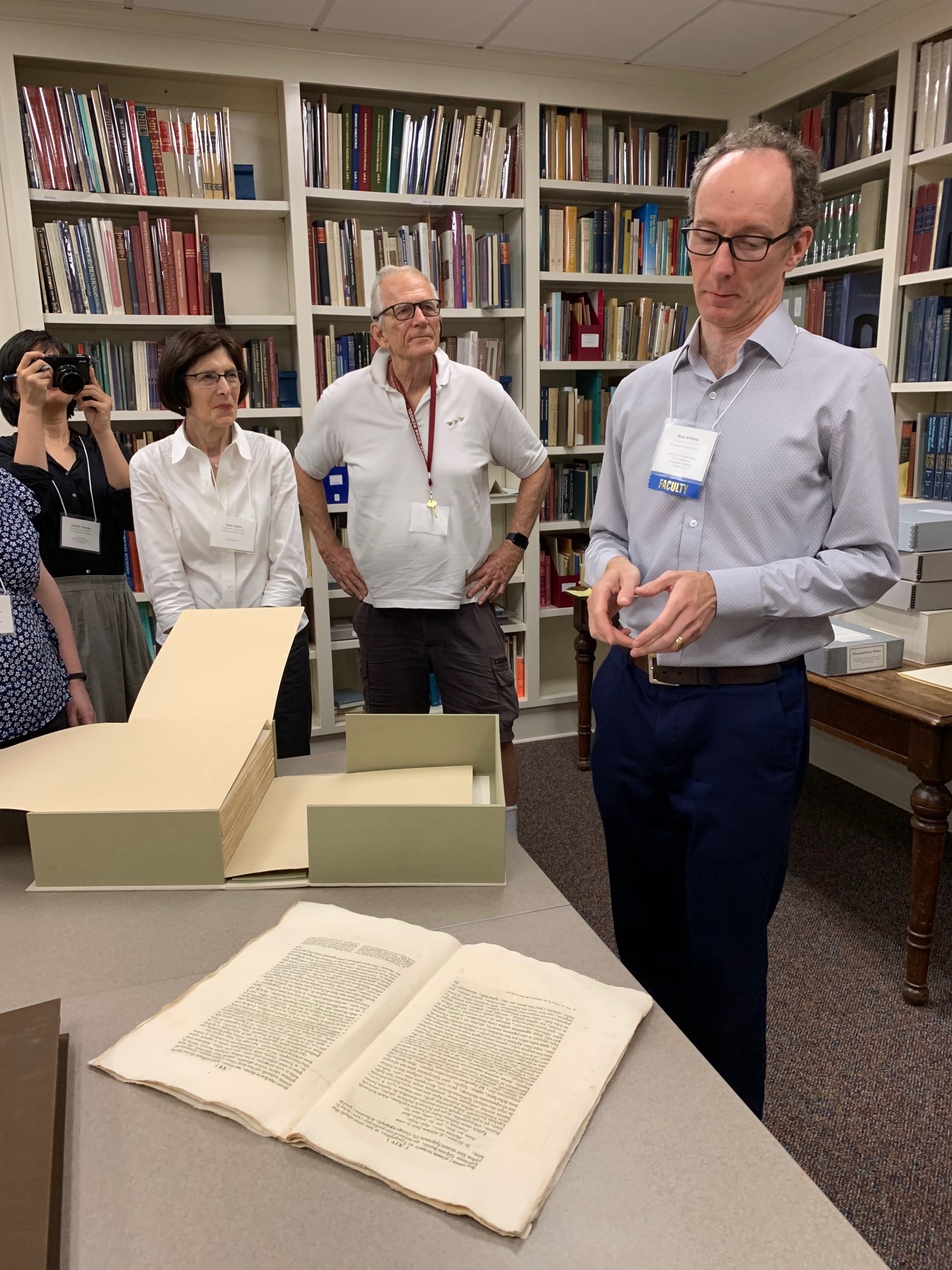 Number 21 is now in the books for yours truly, that is Rare Book School course number 21.  In this instance, G-65, i.e., Nick Wilding’s Forgeries, Facsimiles & Sophisticated Copies.  Better known to the 13 of us in class as Fakes & Forgeries.  Nick Wilding, for those of you not familiar with the name, is the Professor of History at Georgia State University, though perhaps he is better known as the fellow who recently identified Massimo De Caro’s copy of Galileo’s Sidereus Nuncius as a forgery, which had, up until Nick got involved, fooled a goodly number of experts as being authentic. 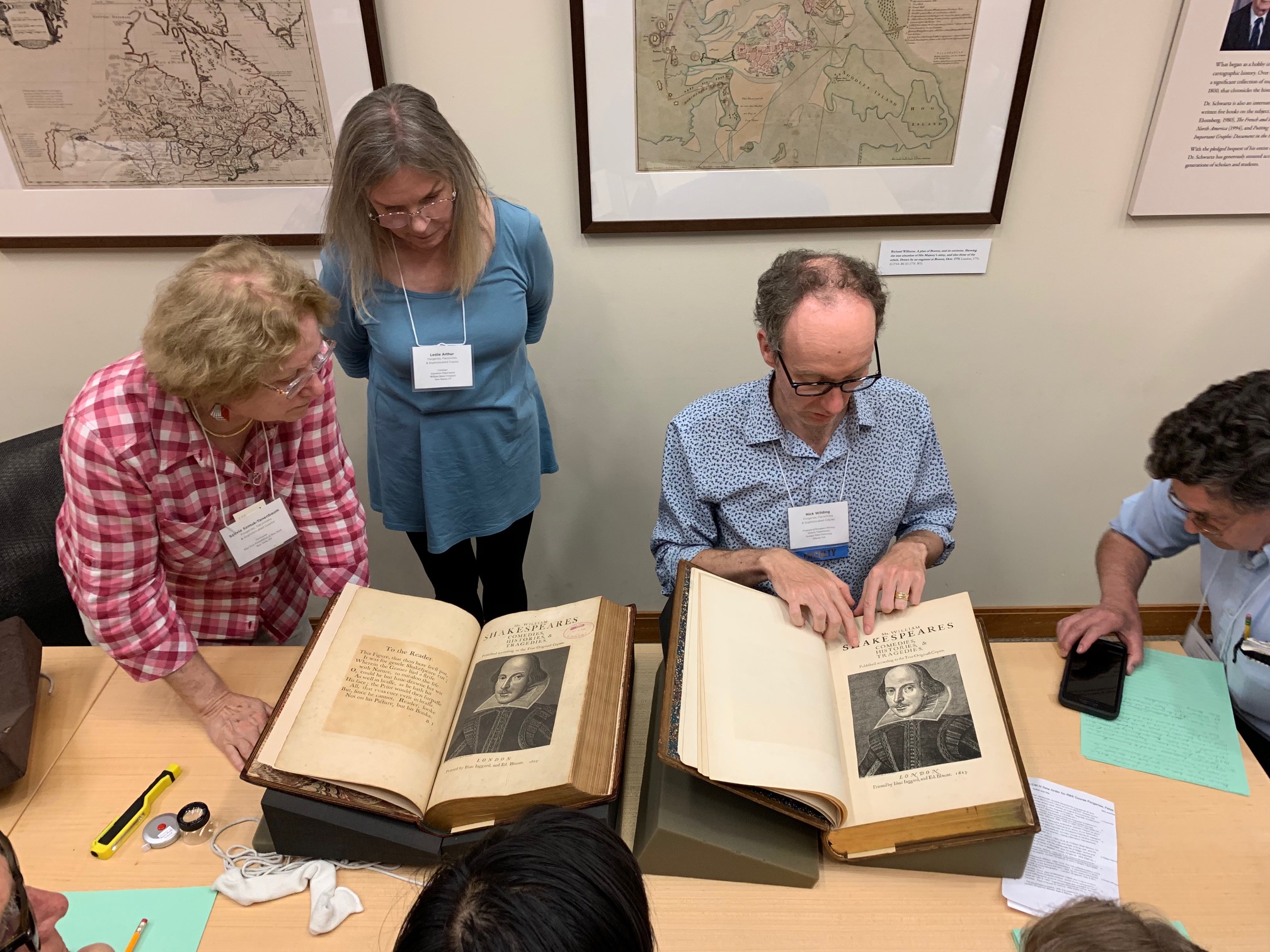 Nick with the first folio facsimilie

But I get ahead of myself, so back to the beginning of the week, which started out Saturday July 6th.  In brief, it wasn’t so brief, in fact, it was a [expletive deleted] long day: the flight out of SFO was delayed around 2 hours… the rental car place at Dulles did not [immediately] have a car available… all of which contributed to my late arrival, ~ 11:00 pm, in Charlottesville.  Given I had no dinner that day, thank God for Benny Deluca’s!  This a hole-in-the-wall pizza place a block away from my hotel, which is open till 3am on Saturday nights.  And that slice I had that night around 11:30, delicious!

For those new to RBS, things kick off Sunday afternoon, 5ish.  There’s a reception, a Michael Suarez welcome speech & restaurant night.  The latter an opportunity for ~ 10 students to share a meal at one of the local ‘Corner’ restaurants, in my case, Lemongrass Thai.  Wonderful food, wonderful company!

The weekdays start at 8 am, with a gathering in the RBS spaces for coffee, bagels & fruit.  And, of course, conversation with fellow RBS students, staff & faculty.  Classes begin, as Michael reminds all, promptly at 8:30.  But only after washing one’s hands!  RBS has one of the largest, if not THE largest, working collections extant.  Material is handled daily by LOTS of students, so ‘hand washing’ an understandable act of preservation. 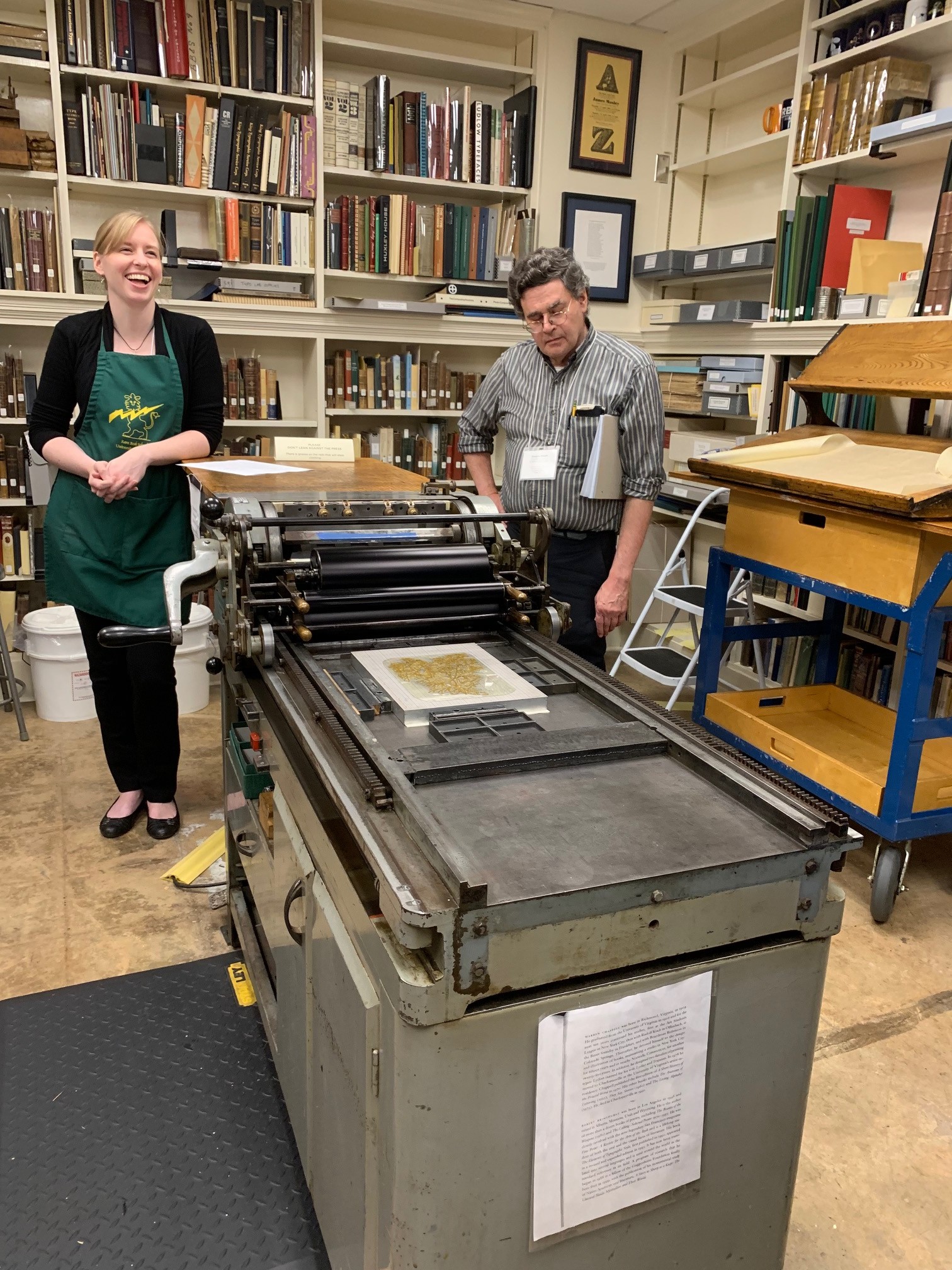 Our week in G-65 covered, amongst other things, mechanics of printing [relief, intaglio & planographic], including actual printing from a Vandercook; paper attributes; divers means of repair & conservation; sophistications; pen facsimiles; the relevance of provenance, and [of course] visits to UVa’s Albert & Shirley Small Special Collections to look at numerous examples of that we were studying.

Of especial note during the week was the Wednesday night lecture, in this instance, given by my bookseller colleagues Heather O’Donnell & Rebecca Romney of Honey & Wax Booksellers.  They talked about their belief the trade needs to reach out to the next generation of collectors, and in doing so, should consider a paradigm shift from well established paths.  Quite thought provoking.  After, a group of us, including Heather & Rebecca, went to a local restaurant for dinner & conversation.  That evening, I learned Rebecca, in concert with Brian Cassidy, will soon be opening her own shop, Type Punch Matrix, in the Washington DC area.  We wish her every success!

RBS classes conclude on Friday, with the usual highlight of the day a class luncheon.  In our case, we trouped over to Michael’s Bistro & Tap House, a RBS favorite watering hole in the Corners.  I’m sure I speak for all my classmates when I say it was probably the most enjoyable lunch of the week.  The day concludes with a closing reception, where all friendships forged during the week are cemented. 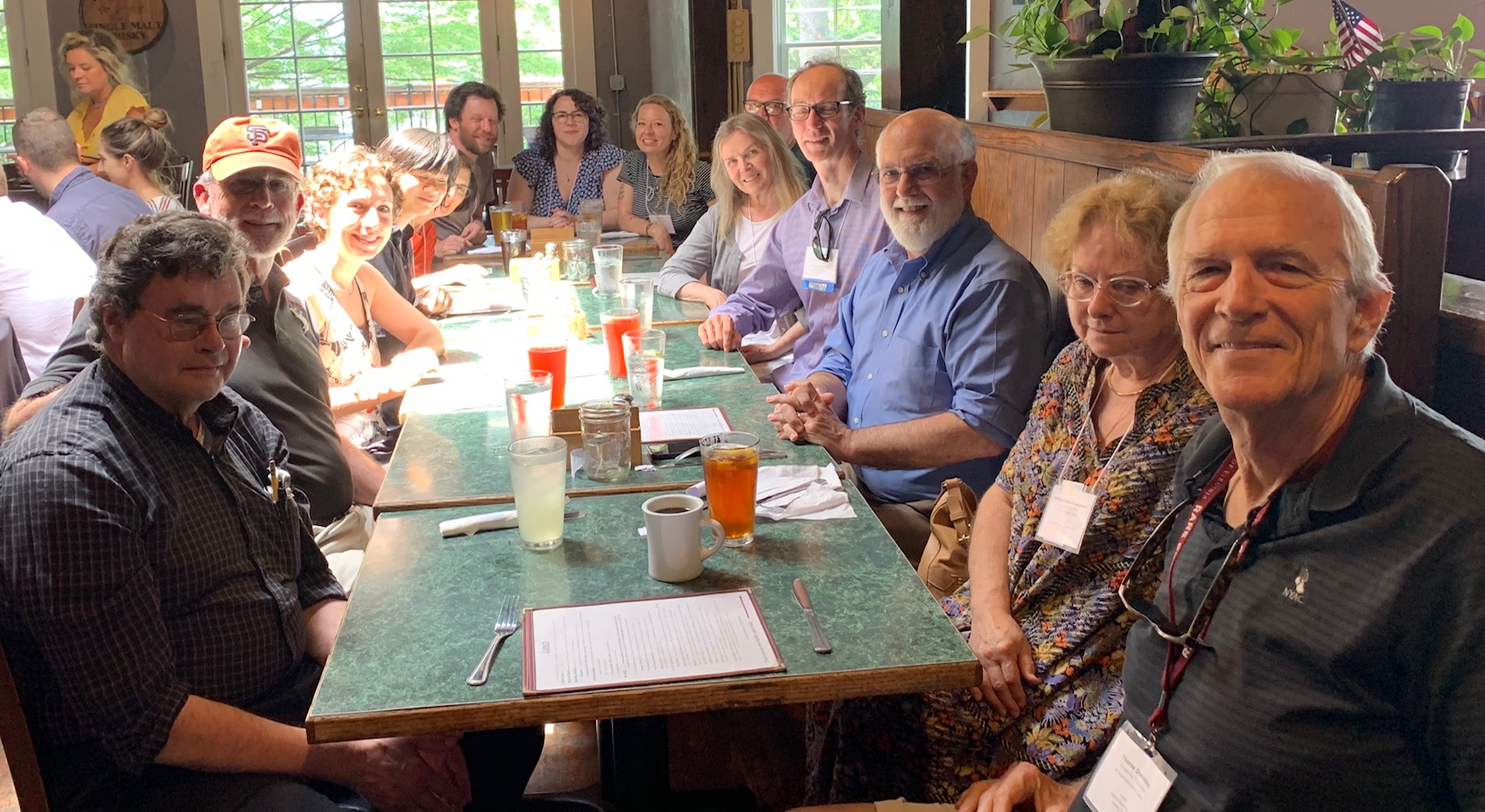 And so another week at RBS had drawn to a close.  I can say with some surety this course was one of the best I have ever taken, and I’ve taken a few!  That said, I already look forward to number 22 next summer, whatever it may be.  Perhaps see you there?