A phrase I have said for literal years of my life is this… “well, for the love of Thomas Hardy”. I used it in situations when another might say “Oh, for the love of god.” Now I was not equating Thomas Hardy with anyone’s god by any means, I just picked it up somewhere and used it fairly frequently. Assuming that this was a well-known idiom, I never stopped to question the quizzical looks from people on the receiving end of the strange turn of phrase.

Turns out that it is NOT a real expression. I looked it up online, expecting some awesome intellectual to have done the dirty work for me and found its origins. And nothing, nada… zilch. I felt vaguely certain that I had heard someone say it before, some classy lady, somewhere. It turns out I had! After extensive research, I found it was a phrase said by none other than Helen Mirren in the movie Inkheart, which came out in 2008, based on the book of the same name. So my embarrassing question is this… why are we not using this phrase more often? Try it out, if anything we can guarantee it’s good for a chuckle (on your end, of course… don’t forget the quizzical looks from the receiver). 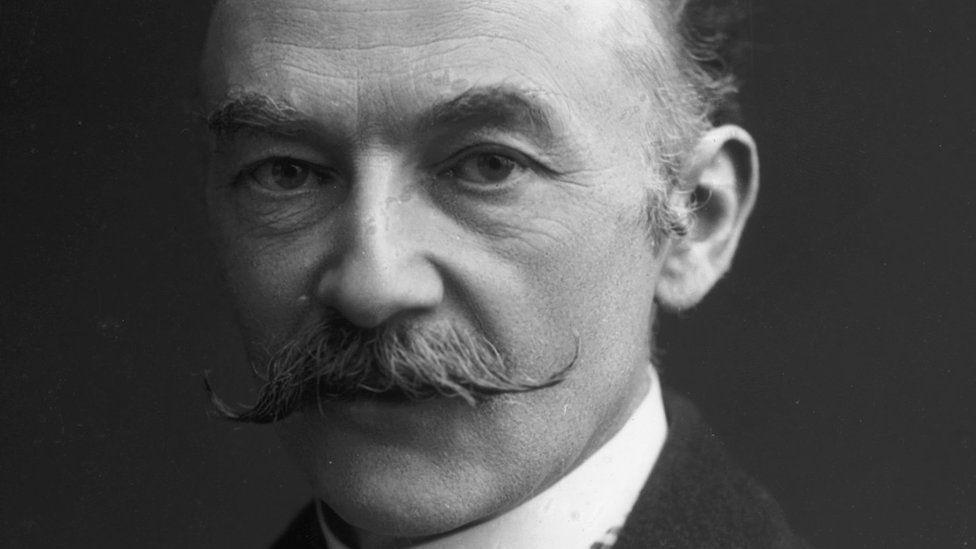 Thomas Hardy was born on June 2nd, 1840, in a small hamlet east of Dorchester in Dorset, England. His family was of modest means, and though his father was a local builder, Hardy’s mother was well-read and literate and taught Thomas to read at an early age. He did well in school, but upon graduation at the age of 16 Hardy did not have the means to pursue a University education, and became an apprentice architect to a local man for several years. At the age of 22,  Hardy had worked enough to foster a move to London to attend King’s College where he did design work with his architectural skills. Despite his success there, Hardy never felt truly at ease in the city – he was keenly aware of the class divisions and became extremely interested in social reform – a key element that would make itself known in his later works. In 1867, after only five years in London, Hardy chose to return to the countryside and settled in Weymouth while beginning his writing career alongside working as an architect. 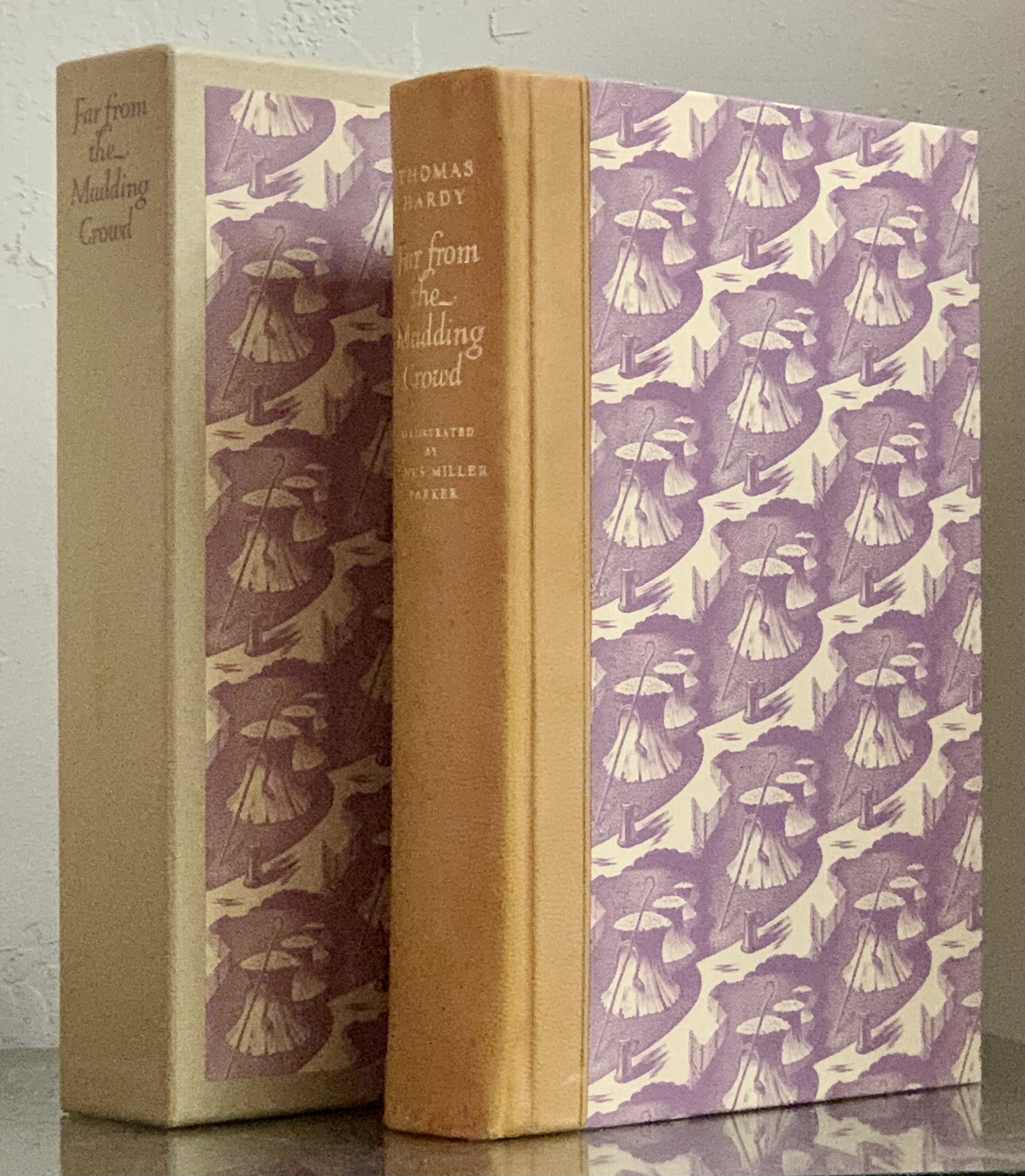 Our beautiful 1958 copy of Far from the Madding Crowd put out by the Limited Editions Club and signed by the illustrator!

Hardy began writing novels the same year he chose to leave London. His first novel, The Poor Man and the Lady, could not find a publisher willing to work with it due to its highly political nature. In fact, Hardy’s friend and fellow author George Meredith even concluded that attempting further to get the story published might harm Hardy’s ability to have work published in the future. Deciding the cons outweighed the pros, Hardy shelved the book and went on to publish several novels in the 1870s, including Desperate Remedies (1871), Under the Greenwood Tree (1872), A Pair of Blue Eyes (1873) and Far from the Madding Crowd (1874) – a work he is well-known for today. Hardy, beginning by being published anonymously, quickly took credit for his works and was a prolific writer through the rest of his life. He went on to publish ten more novels after Far from the Madding Crowd (including Tess of the D’Ubervilles and Jude the Obscure – other popular Hardy titles), dozens of short stories, and several books of poetry.

Hardy’s written style has been classified as Victorian realism – he used his own experiences in London, seeing the detriments of such a classist society in England, to fuel his writing and criticisms of the social constraints found in all aspects of Victorian life. The human suffering caused by these limitations set upon people are constant themes in all of his works. In his own way, Hardy wished to banish the conventions found in society, religion, romantic relationships and friendships and live a freer life. Hardy also full-heartedly believed in fate, and its ability to change destiny, another theme commonly found in his characters’ journeys.

Hardy and his work were an influence on many, many creatives and authors both in his time and ever since – some of the more notable ones include D.H. Lawrence, Virginia Woolf, Anais Nin, John Cowper Powys and W. Somerset Maugham. His courage to bring attention to the disadvantages of common societal roles was admittedly brave for his time. He is a great example of an author who broke literary norms to help lead us into modern day life. (Which, despite the myriad of problems we still face and propagate, has the advantage of being a much more liberated, independent society where anything is possible.) So a very Happy Birthday to him… and for the love of Thomas Hardy! 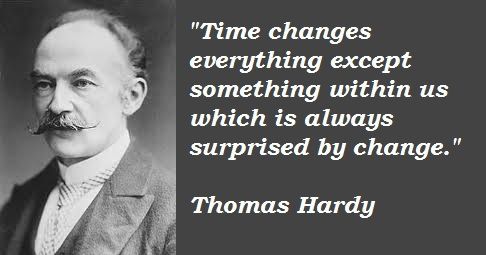