It’s finally the after-California-craziness time of year (though the Sacramento fair IS coming up again in March…) and boy did we find some neat new items while exhibiting at the Pasadena and Bay Area Fairs! We always like to feature a few new, great (in our humble opinion) things after we get a large amount of stuff catalogued, so sit back, relax, and enjoy the books! 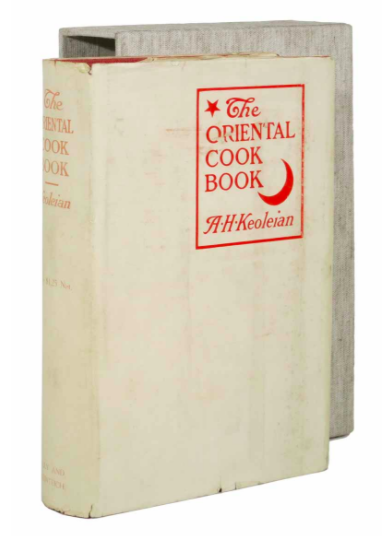 This 1918 1st edition “Oriental Cook Book” states in the preface ““we believe we have finally evolved a book which gives, in designedly limited compass, the most representative, meritorious and easily adaptable methods of food preparation that are known and practiced all over the Orient…” – which they decidedly must have, as this Cook Book widely used and popular at the time. Though the book itself is not what we would consider unique, the Dust Jacket our volume has decidedly is! See more here>

This 1907 Albumen Stereoview set shows something we don’t see every day in Tavistock Books – 101 images of turn of the last century Italy! Beautiful views of local civilians, ruins, and Italian rooftops can be seen throughout – all captioned in many languages and housed in the original publisher’s case. See it here> 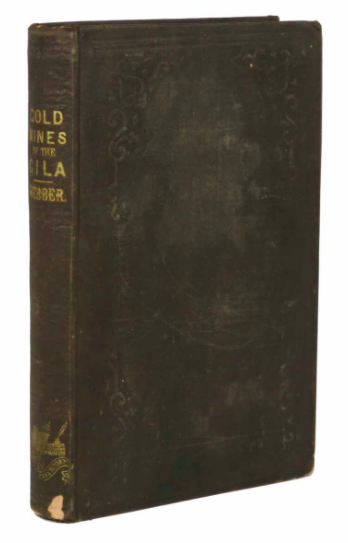 This 1st edition of Gold Mines of the Gila was written in 1849 by Charles W. Webber ,”a former Texas Ranger who, fascinated by tales of gold and quicksilver in the country north of the Gila River, wrote this lurid tale of border life to promote an expedition into the area. He succeeded in organizing the ‘Centralia Exploring Expedition to California via the Valleys of the Pecos, to Gila and the Colorado of the West.’ The expedition, however, suffered cholera on the lower Rio Grande and the loss of horses at Corpus Christi. As a result, the project was abondoned and Webber never reached California” (Camp). A sad tale, to be sure, but an amazing early written account of the west! See it here>

Our “Challenge to Death” is the 1935 1st US edition of a group of works by some of the most famous British authors at the time. With contributions from Rebecca West, Julian Huxley and Vera Brittain, how could you go wrong? As the original Dust Jacket blurb states, “fifteen of the outstanding writers of Great Britain give this book – their best and sincerest thought – to the cause of peace, in this dark hour of destruction. They are the voice of the best that is in England.” A wonderful homage to art in a confusing time at the beginning of WWII. See it here>

The Camp Dodger was the official news publication of the 88th Infantry Division of the United States Army. Beginning in early 1919, an Overseas version of the publication began to be printed, with help from local French ladies in the area! This photograph shows 5 women and one man running the press for the soldiers stationed in France during WWI. See it and learn more here>

This presumably handmade late 19th, early 20th century receipt portfolio is fashioned from a piece of plain leather, with a thin belt of leather extending down the center of the interior to hold in the receipts. Our research indicates that the shop for which these receipts were written was owned by a Morris Truesdale of New York, a shoemaker who later seems to have managed a shoe factory in town. The receipts often list a combination of dry goods (sugar, rice, tea, molasses, etc), boots and/or shoes, clothing (shirts, overalls), fabric, and more, and most appear to have been compiled over the course of several months or longer. A unique find, as we can locate no other portfolios of this kind on the market or in available records, and only one business record (1894) for M. Truesdale. See this fantastic item here>