“It’s a matter of taking the side of the weak against the strong, something the best people have always done.”

Some people seem born destined for greatness, rather than mediocrity. The Beecher family was absolutely full of those with steadfast beliefs and causes – people born to preach from pulpits and lead movements. Harriet Elizabeth Beecher was one of these exceptional children – and this author and advocate would grow up to be a principal of the abolitionist movement and inspire those around her and save lives of the less fortunate. 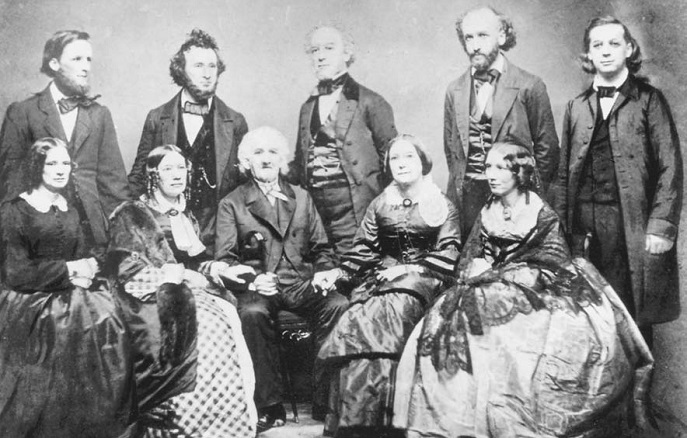 Harriet seated far right with her father, sisters and a few of her brothers.

Harriet Beecher was born on June 14th, 1811 in Litchfield Connecticut. As one of 13 children born to the religious Lyman Beecher, Harriet grew up in a household in which morality and goodness toward fellow man was championed above many norms. All seven of Harriet’s brothers would grow up to be ministers. After a somewhat basic schooling as a child (for a female in that time), Harriet enrolled in the Hartford Female Seminary, run by her older sister Catherine. The education she received at that institution was not of the ordinary, however, as her sister’s new school taught a curriculum usually reserved for boys – multiple languages and arithmetic. At the age of 21 Beecher moved to Cincinnati, Ohio, to live once more with her father – now head of the renowned Lane Theological Seminary.

Living once more with her father but now at an older age, Harriet was better able to both understand her father’s views and choose when to agree and disagree with him. From the time of the 1836 pro-slavery riots in Cincinnati, Lyman Beecher took a strong stance against the act of slavery. Clearly his thoughts echoed in Harriet (as well as all of his other children), and as a young woman Harriet found friends in abolitionist circles and literary clubs in Cincinnati. It was in one of these literary clubs, the Semi-Colon Club, that Beecher met seminary teacher Calvin Ellis Stowe. The two were married and shortly thereafter moved to a small house in Brunswick, Maine. Stowe shared Harriet’s strong beliefs in many aspects of life, and no topic more so than the concept of slavery. The two would help house several slaves escaping north to Canada on the Underground Railroad throughout the 1840s and 50s. 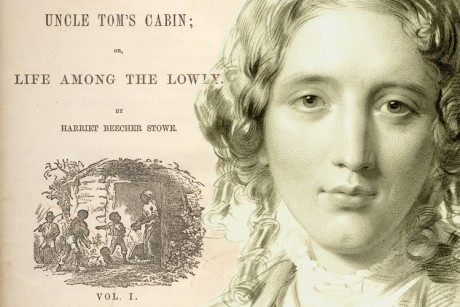 Over a decade after their marriage in 1850, Congress passed the Fugitive Slave Act, stating that all slaves that had escaped were legally able to be hunted down and returned to their masters. Stowe was so disgusted with the way slavery was being handled that she decided to begin a work of literature representing her views on the unfair and disgraceful act of slavery. Basing her lead character after the famously escaped and inspiring ex-slave Josiah Henson, Stowe completed the first draft of Uncle Tom’s Cabin in less than a year. Almost immediately after publication, Stowe’s “emotional portrayal of the impact of slavery, particularly on families and children” became a best-seller.

Some years later after the onset of the Civil War, Stowe met President Abraham Lincoln in Washington D.C. As legend has it, Lincoln’s greeting upon meeting Stowe was “So you are the little woman who wrote the book that started this great war.” Though it is unknown whether that is true (though it would be pretty neat if it were…) what we do know is that Stowe’s work certainly played a role in the ten years after its publication to further infuriate the Union enough to lead toward Civil War with the South.

Throughout her life, Stowe published articles supporting political causes, abolition, then African American rights and women’s rights all leading the pack. Shortly after the end of the Civil War the Stowe family (Harriet and her husband Calvin and their 7 children) purchased land in Northern Florida and would winter there far from the chilly and difficult New England weathers for the next 15 years, until Calvin’s health prevented them from long-distance traveling. They chose Florida because one of Stowe’s many brothers became a minister and teacher for the emancipated slaves in the south and helped them become educated and find paid work. Abolition, emancipation and the plight of the African Americans in the United States was never far from Stowe’s heart, and she championed for their rights until her death in 1896 at the age of 85. Her grave in Andover, Massachusetts reads “Her Children Rise up and Call Her Blessed.”