Happy 4th of July! In honor of our great nation’s Independence Day, we thought we would share with our loyal followers some of our newest and/or most notable Americana items. What better time of year to round out your collection? And don’t forget to check in next week for the 20th Anniversary of our shop! An interview with our fearless leader and a special surprise for Tavistock fans – stay tuned! 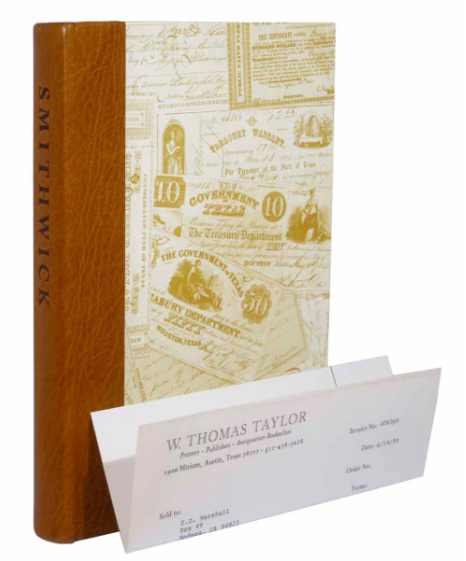 This Evolution of a State or Recollections of Old Texas Days is by a local Texan blacksmith – Noah Smithwick – who moved to Texas in 1827 and served in the war for Texas independence and later on as a Ranger. Though he left the state in 1861 due to his sympathies for the Union (sorry, Confederates!) he was able to leave behind a work that Dobie has called “The best of all books dealing with life in early Texas” and Jenkins notes as “the most fun to read”. Don’t miss out! This specially bound version of the edition can be seen here> 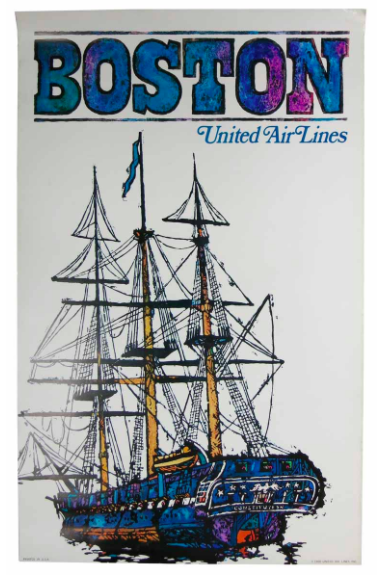 This beautifully illustrated poster from United Air Lines dates back to 1968! Depicting a colorful and intricate (and distinctly American) ship in the Boston harbor – one can only wonder if this was successful at getting civilians to visit the beautiful city. One thing is for sure and certain… we are wishing it was time for the Boston Book Fair just by looking at this! See it here> 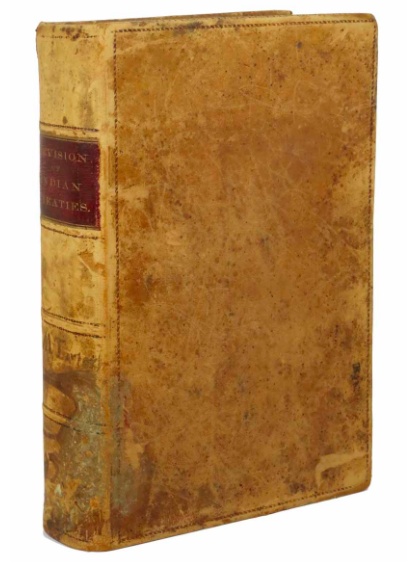 This Compilation of all the Treaties between the United States and the Indian Tribes Now in Force as Laws is a necessary addition to any collection dealing with Native American history. This a 1st edition, as published in its original binding in 1873, with a very intriguing provenance… for it carries the bookplate of Mr. J. B. Milam, first principal Chief of the Cherokee nation. Intrigued? See it here> 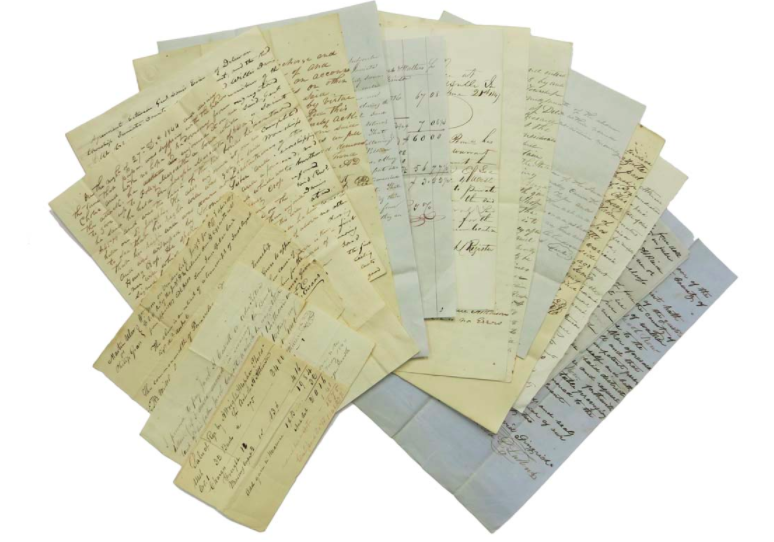 Our old archiving wiz Kate Mitas recently published a series of blogs detailing her experiences in cataloguing archival material! We have seen a rise in archival interest in the trade over the last many years, and truly enjoy when an interesting collection comes across our desks. Here we have the archive of a Pennsylvania man, Adam Atkinson’s purchases of land in Pennsylvania, Indiana and Ohio in the early to mid 1800′s! The letters within provide a unique view of western expansion, charting quite literally western expansion of a single community. Of note in this collection as well are the number of documents pertaining to Atkinson’s attempts to locate surviving Revolutionary War soldiers or their descendants in order to purchase unclaimed Revolutionary War bounty land grants! Read more on this fascinating collection here> 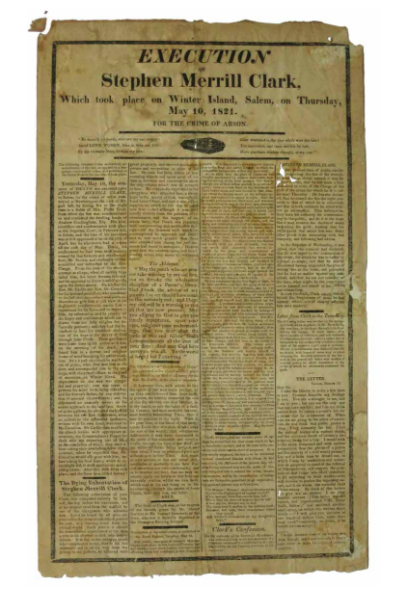 I know I often include execution pamphlets in blogs like this one (what can I say… some of us have strange minds!), but this one is one of the most interesting we have seen! This an 1821 broadside detailing the execution of Stephen Merrill Clark, who was convicted of intentionally setting fire to a stable owned by one Mrs. Pheobe Cross, which in turn consumed the house of Andrew Frothingham, Esq. Now this rare broadside will be a favorite with parents the world over (bear with me here) as Clark’s dying exhortation contains the following: “My the youth who are present take warning by my sad fate, not to forsake the wholesome discipline of a Parent’s house. Had I taken the advice of my parents I never should have come to this untimely end”. Imagine that! See this rare in the trade item here> 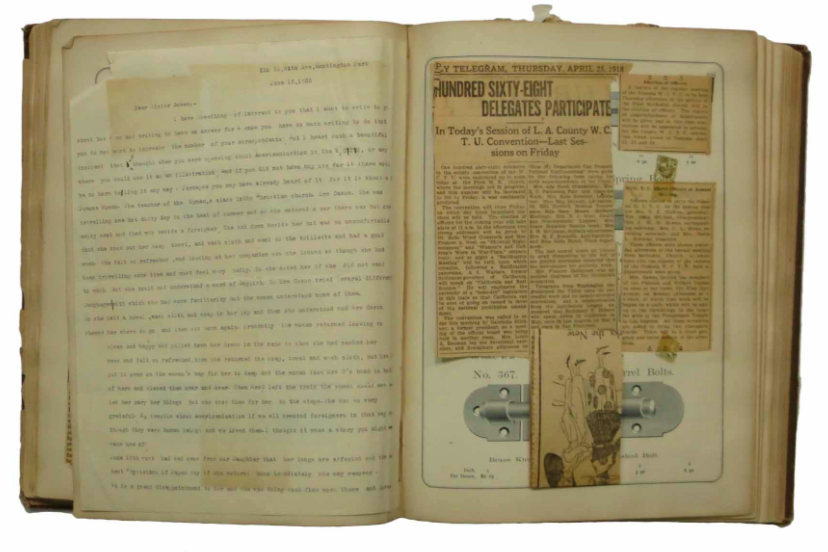 And, last but not least! As a reminder to all of you who use July 4th as an excuse to party hard (not that we are excluding ourselves from this)… a piece of temperance reminder! This archival book contains over 400 pages of clippings, letters and leaflets all about the Temperance movement and Prohibition in the early 20th century! Compiled by a Pomona, California native Mrs. S. C. W. Bowen (presumed), this catalogue of prohibition is sure to set you on your toes… See it here>