Some of you may not know this, but our fearless leader Vic Zoschak Jr., owner of Tavistock Books, is the current President of the Antiquarian Bookseller’s Association of America. In our eyes there could be no more fitting president, as Vic has always spent a great deal of time, his finances, and effort to ensure that the upcoming generations of booksellers have all the knowledge and understanding of what it takes to become a truly great collector and bookseller. He supports fundraisers and donates, he awards scholarships so that those without the financial stability to attend courses and lectures are able to do so, and he is a large proponent of being “the job.” The man positively eats, sleeps and breathes bookselling. (And manhattans. And the San Francisco Giants. But mainly bookselling.)

It is no surprise then that he would like us to bring a little attention to the recent (just this past Friday) 2018 National Collegiate Book Collecting Contest – a contest established in 2005 by Fine Books & Collections Magazine to highlight, bring attention and awareness to young book collectors across the country, as they are the upcoming generation of people who will support the antiquarian book world – whether as collectors or perhaps even booksellers themselves! Too often we hear (mainly from people outside of our world) that books are going “out of fashion” – did you know another Barnes and Noble bit the dust?? Yes, yes – we know. However, we would like to argue that (despite other, somewhat unrelated difficulties of the act of reading being pushed aside in favor of our fast paced world of technology) rare books should only become… rarer. Collectors are collectors for life – booksellers are booksellers for life. So long as these young people continue doing what they are doing, our world will continue to survive. So without further ado, let’s bring a little light to this contest and the 2018 winners! 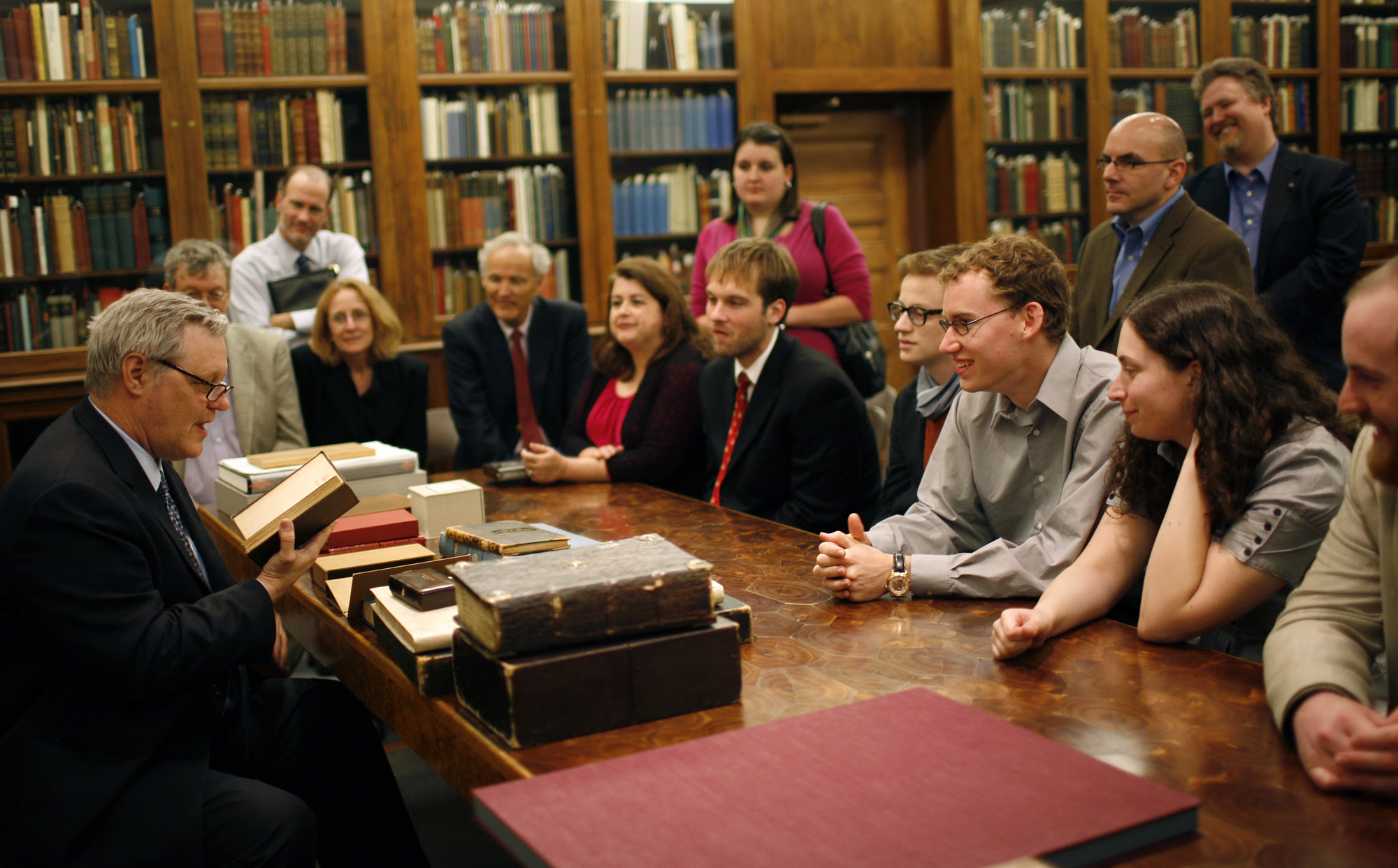 A previous year’s ceremony. Photo not taken by Tavistock Books.

As we said, the contest was begun by Fine Books & Collections Magazine, but is now jointly sponsored by the ABAA, the the Fellowship of American Bibliophilic Societies (FABS), the Grolier Club, and the Center for the Book and the Rare Books and Special Collections Division (the Library of Congress), with prizes underwritten by the Kislak Foundation. This institutional collective work hard to ensure that college and university students are recognized in their own right as collectors. First, competitions are held at almost 40 schools nationally, and the prizewinners are all encouraged to enter the National Competition, which picks four winners from the lot. Entries are accepted until early summer (usually in June) and the winners for 2018 were picked just last week. The event (held last week at the Library of Congress) includes an awards ceremony, a program, and a reception – and is free and open to the public.

Though we in California were unable to attend, this year’s ceremony featured featured a talk given by Glen S. Miranker, “an avid bibliophile, a preeminent collector of Sherlock Holmes material, and former Chief Technology Officer at Apple” and was, no doubt, a success! Without further ado, we would like to praise the following winners of the 2018 National Collegiate Book Collecting Contest!

First Prize: Samuel Vincent Lemley, of the University of Virginia for his collection of Biblioteca Genealogica: Sicilian Printing, 1704-1893

Second Prize: Paul T. Schwennesen of the University of Kansas for his collection, Borderlands: A Manifesto on Overlap

Third Prize: Hanaa J. Masalmeh of Harvard University for her collection - Far From the Eyes, Far From the Heart: My Life as a Syrian-American Muslim

Once again, the ABAA is absolutely thrilled to be a part of this collective offering the chance for young collectors to be recognized – they truly are one of the many important reasons why we do what we do. Well done!