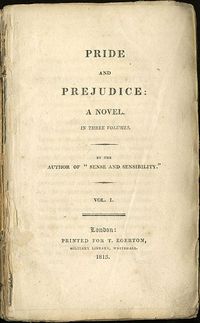 November 1st is always a weird day for me. Halloween is a big day in my family, and truthfully, with it being the last day of the month, I always wake up confused that November is suddenly upon us! I make strange decisions. I forget to take down decorations, I don’t realize that my Dia de los Muertos makeup is still all over my face. I guess you could say I feel… dazed. Confused. Bewildered.

That being said, I would like to point out that as strange and disconcerting as certain of my choices on November 1sts have been, they pale in comparison to a choice made by one Thomas Cadell (the Younger), on this very day, many, many years ago. 221 years ago, to be exact. In 1797, Thomas Cadell made a decision that (one hopes) he regretted sincerely later on in life. He turned down a romance novel manuscript written by an unknown 21 year old woman and sent in by her father, George Austen.

He turned down First Impressions – what would later become Pride and Prejudice, by Jane Austen. 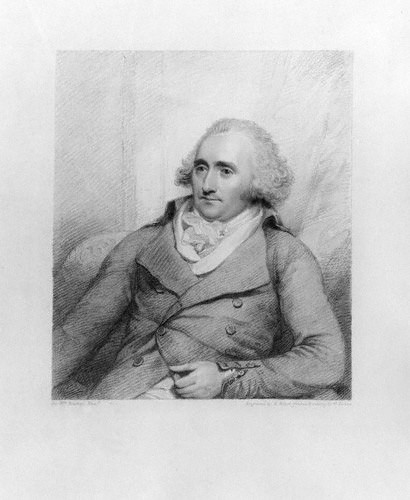 Despite this sad choice, the Cadell name wasn’t a waste of nothingness in the world of London publishing. Long before this incident, Thomas Cadell (the Elder) was apprenticed in 1758 for 105 GBP to London bookseller and publisher Andrew Millar, whom he partnered with in 1765 after a seven year apprenticeship. He published works by Edward Gibbon, Henry Mackenzie, Robert Burns, William Blackstone, David Hume, Tobias Smollett, and Samuel Johnson. As a matter of fact, Cadell was close enough to Johnson to have been part of the group of booksellers and friends who convinced Johnson to write his famous Lives of the Most Eminent English Poets. He also partnered with publishers William & Andrew Strahan to publish Johnson’s A Journey to the Western Islands of Scotland in 1775. Cadell was apparently very well liked among the bookselling and publishing communities, and in 1793 he passed his business on to his son and namesake, Thomas Cadell (Jr.). Not as much is known about Thomas Cadell (Jr.), though he did publish (along with his father’s apprentice whom he partnered with to create Cadell & Davies Publishing, William Davies) James Boswell’s Life of Johnson in 1791, and continued publishing until his death in 1836.

But you know… in 1797 he refused Pride and Prejudice and sent back George Austen’s letter, declining it “by return of post”.

Just remember that the next time you could kick yourself for making a silly mistake.