Hans Christian Andersen was born in Odense, Denmark, on the second of April, 1805. As a small child, Andersen’s father read to him Arabian Nights - thus introducing the young child to both classic literature and what one might deem a “fairy tale”. At the age of 14, he moved to the capital to become an actor – and though he was accepted into the Royal Danish Theatre… once his voice changed the school advised him to focus instead on becoming a poet… a suggestion that he later turned into authorship. 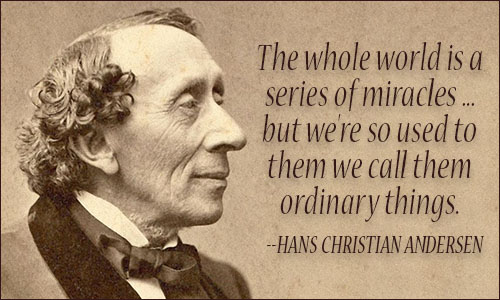 Fairytales seemed to be part of Andersen’s literary journey from the beginning, as several of his early stories revolved around tales he heard as a child himself. By the age of 30, Andersen was already writing profusely and showing his work. In fact, in 1833 at the age of 28 he had already received a small travel grant from the king of Denmark to travel through Europe and log the stories he found there. And, well… write he did! 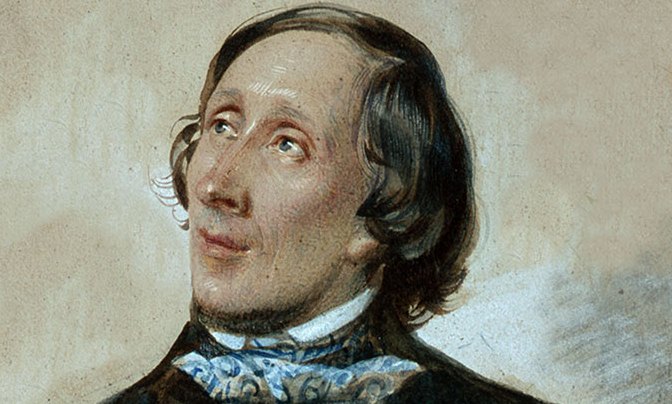 Andersen is most well-known for his fairytale translations, no one can deny this fact. In 1835 he published the first two installments of his Fairy Tales, with the second installment arriving only two years later. Unfortunately, his collection which included tales such as The Princess and the Pea, Thumbelina, The Little Mermaid, and The Emperor’s New Clothes did not sell well at first. Part of the problem was in the translations of these well-known stories. Andersen’s ability to write did not cover his lack of innate foreign language skills.

After honing his skills and continuing to publish fairy tales for ten years, Andersen finally had a breakthrough in 1845 after his translation of The Little Mermaid appeared in Bentley’s Miscellany (a periodical). Soon after, his story was published in a few volumes following its reprint, including Wonderful Stories for Children. A review of the story was published in The Athenæum in London in February of 1846, and the review sang its praises as “a book for grandfathers no less than grandchildren, not a word of which will be skipped by those who have it once in hand.” Andersen became a king of fairytales (of sorts) and would continue translating and publishing them until 1872. 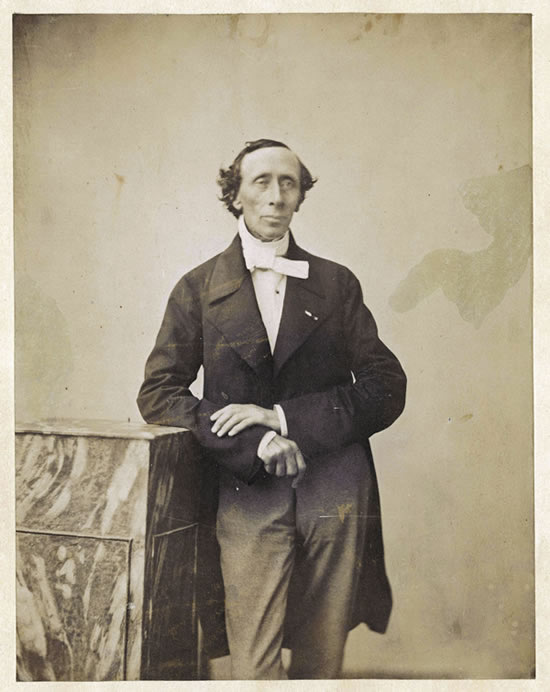 During his heyday of publishing fairytales from around the Europe, Anderson published various travelogues that he had written during his many journeys abroad while accumulating stories for his collections. Though his travel journals do approach the subject matter in a similar way to his contemporaries’ travel journals, singularly he used his own strengths to expand the style to meet his own requirements. He combines factual evidence and graphic/detailed reports of his experiences with more reflective and meditative verse on various concerns, including his authorship, the issue of timelessness,  and the essence of works of fiction in the travel writing genre. His travelogue In Sweden even contains local fairy tales! (The man just didn’t know how to take a break…)

In 1847 a most happy occurrence happened for Andersen – he traveled to England for the first time and enjoyed resounding success among his fairytale fans. Andersen was able to meet one of his idols, one Charles Dickens, at one of the many parties of a Countess of Blessington. Both authors resonated on certain levels – they were both immensely popular (though Dickens more so, of course), and both took the time to portray citizens of the lower classes in their works. A decade later, Andersen visited Dickens at Gads Hill Place, Dickens’ home – a visit which unfortunately turned into an over-extended stay of over five weeks. Dickens and his family were dismayed that their Victorian politeness allowed a man, even one as highly respected and liked as Andersen, to overstay their welcome by so long. (Read our blog on the extended stay here.) Eventually Andersen had to be asked to leave, and Dickens stopped communication with the author, much to Andersen’s confusion. 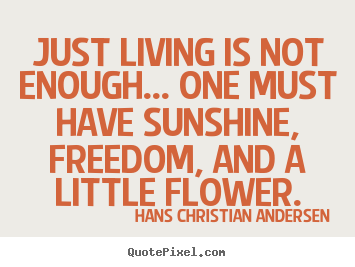 When Andersen turned 67, he took a tumble out of bed and unfortunately was never able to recover from his injuries. Andersen developed liver cancer shortly thereafter and died surrounded by friends (having never married). He was internationally esteemed at the time of his death, and to this day his name immediately recalls international fairytale stories to all of our minds! Happy Birthday to the king of fairy tales, Hans Christian Andersen! 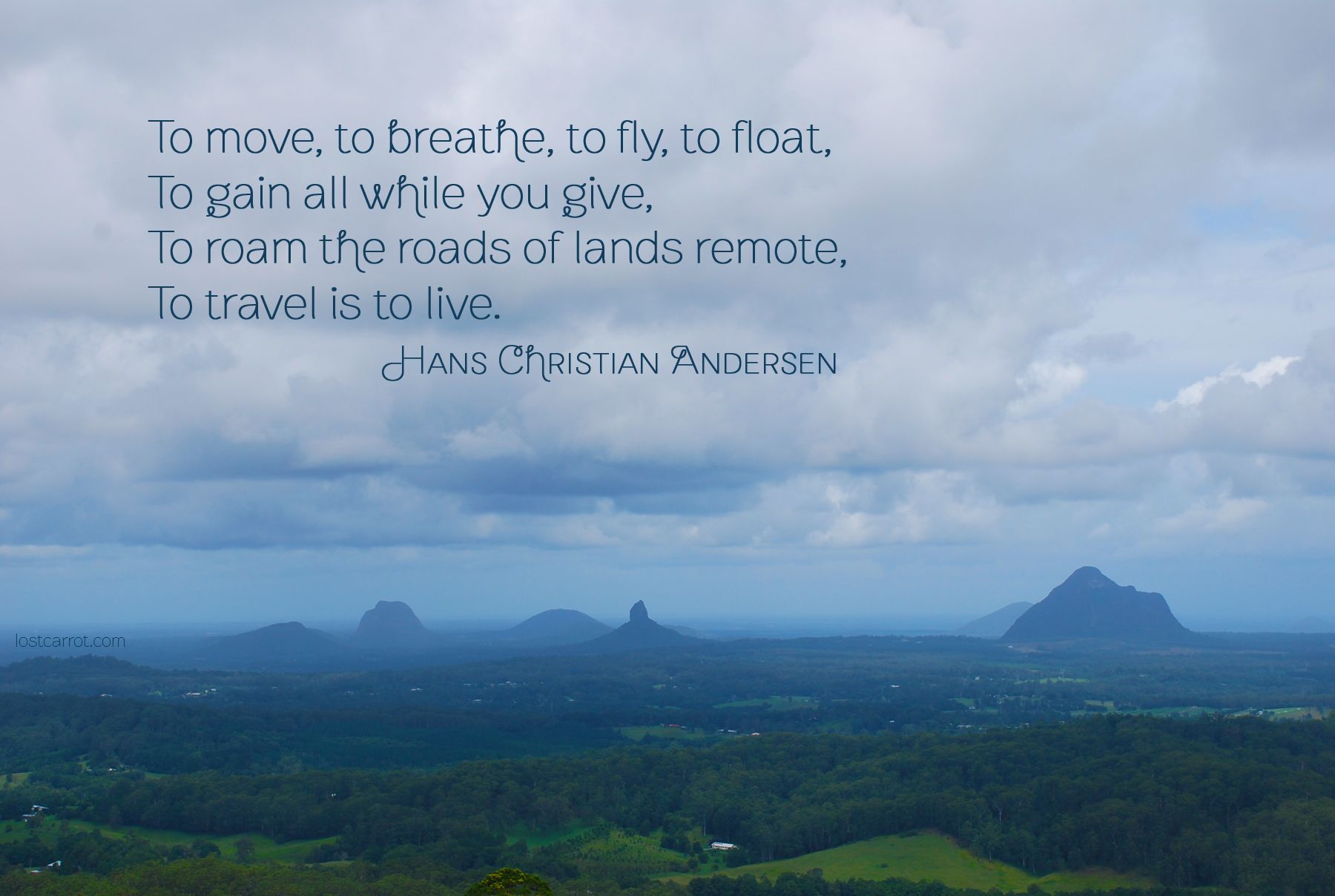