Quick! Think about the most famous pair of brothers you know of. What names came to mind? I bet for at least 50% (after all, we are all bibliophiles here, are we not?!) of us, the names that popped into our heads are most commonly associated with folk tales, fairy tales… or just “tales”, if some of them are a bit too… grim… for your taste! 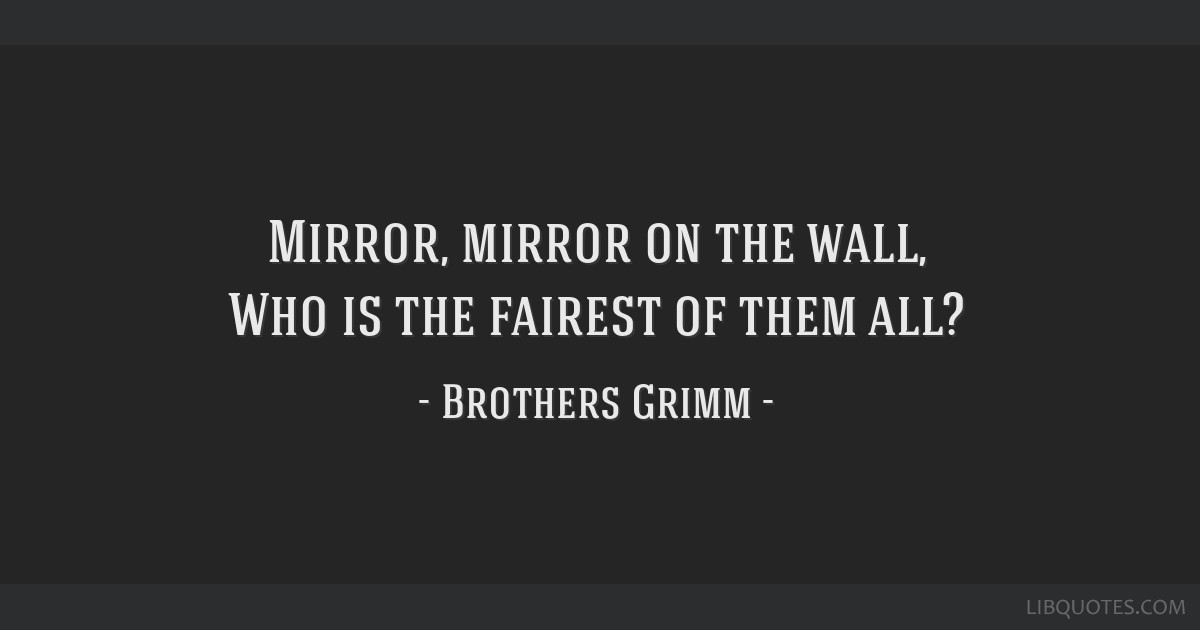 Jacob Ludwig Carl Grimm and Wilhelm Carl Grimm were born just a year apart in Hanau – part of the Holy Roman Empire at the time and present day Germany. After Wilhelm was born in 1786, they would have three more surviving siblings (with one older). The family moved in 1791 to the countryside – a move which the two young boys were exceedingly fond of, loving everything about country life. Unfortunately the family was plunged into despair in 1796, when the family Patriarch, Philipp Grimm, died suddenly of pneumonia leaving the large family poverty stricken and struggling to make ends meet. The family was supported by their mother’s father and sister, and their grandfather made quite an influence on the boys’ lives. He constantly reminded them to be industrious and hard working. The boys were able to go away to school as teens, paid for by their aunt, where despite being looked upon as lower class by the rest of the students, they were able to graduate at the top of their classes. The two brothers remained very close throughout their schooling, despite having different temperaments – Jacob being more introverted and Wilhelm more playful and outgoing, though oftentimes ill. 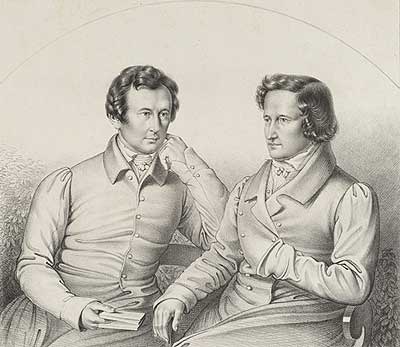 The two attended the University of Marburg together, where they tried to study law. I say “tried”, because here the brothers once again met adversity due to their reduced social status. Treated as outcasts, without the benefit of receiving financial aid or stipends as some of the wealthier students received (explain THAT one, if you can), the brothers once again turned to each other for comfort and worked hard in their studies. It was at the University of Marburg that the pair first became interested in medieval German literature and more simplistic, romantic ways of writing that the modern day seemed to have forgotten. This interest in folklore and poetry and traditional “German” culture influenced the brothers for the rest of their lives. They wished to see the unification of the over 200 principalities into a single, unified state, and spent much of their time with their inspiring law professor Friedrich von Savigny and his friends. It was through these romantics that the Grimm brothers were introduced to the literary beliefs of Johann Gottfried Herder – a German philosopher who felt that literature of the area should revert back to simplicity, and focus more on nature, humanity and beauty. The boys credited their devotion to their studies in Germanic literature and culture as a saving grace in a dark time – outcasts amongst their peers. Wilhelm himself wrote, “the ardor with which we studied Old German helped us overcome the spiritual depression of those days.” 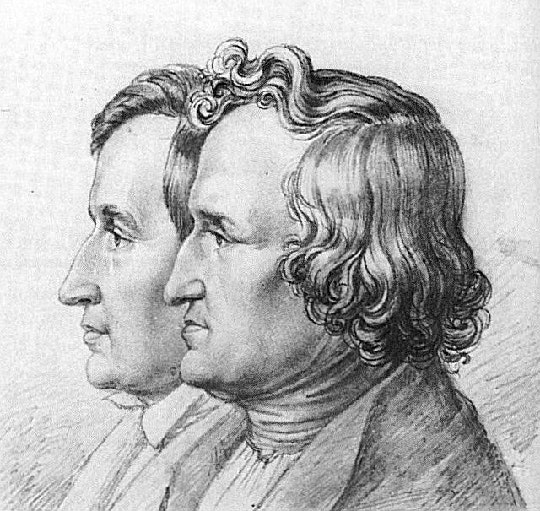 The brothers did not immediately turn to transcribing Germanic folklore for the masses. As they were solely responsible, as the oldest boys (primarily Jacob) of the family, for their sibling and mother’s livelihood (because that’s what they needed… more stress), Jacob accepted a job in Paris as assistant to his once-professor (von Savigny). On his return to Marburg he gave this post up to take a job with the Hessian War Commission. Their circumstances remained dire – as it seemed almost impossible for Jacob to support them all on his own. Food was often scarce and the brothers suffered emotionally. In 1808, Jacob found a more appropriate (to his interests) job as the librarian to the King of Westphalia, and soon after went on to become the librarian in Kassel, where the two boys had attended their gymnasium (high school, for all intents and purposes). Jacob supported his siblings once their mother passed away, and he even paid for Wilhelm to receive medical attention that year to seek treatment for respiratory problems. After Wilhelm’s recovery, he joined his brother as a librarian in Kassel.

The original title page and frontispiece of the first set of Grimm’s folk tales. This frontispiece was illustrated by the brothers’ younger brother, Emil.

It was around this time that the men began to collect folk tales from others. Initially they collected them in a haphazard manner – not realizing the great wonder they began to lay their hands on. They used their positions as librarians to accomplish their research, and began to publish in 1812. Their first volume of 86 folk tales, called Kinder- und Hausmärchen, was published when the brothers were merely 26 and 27 years old. They published several books and collections until 1830 – not only on Germanic folklore but of Danish and Irish folk tales, Norse mythology, and began work on a Dictionary. The brothers stayed quite busy and enjoyed their positions – their work becoming so well-known that they received honorary doctorates from the Universities of Marburg (along with their original diplomas), Berlin and Breslau. 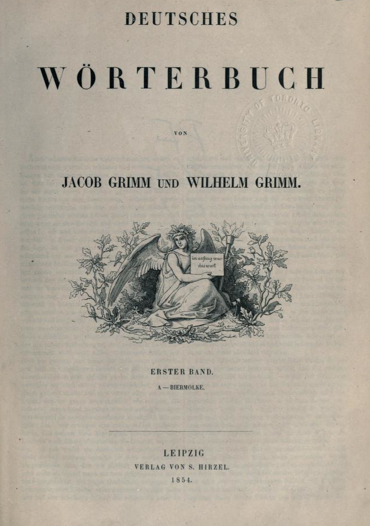 After being slighted for a job promotion, the brothers eventually moved to Göttingen where they became professors of German studies at the University (Jacob also as head librarian), and continued to write and publish works on Germanic folklore, mythology and country tales for a few years. The brothers moved to Berlin in their later years, working at the University of Berlin and also editing their German Dictionary, which would become one of their most prominent works.

Because of the brothers Grimm, we have several tales written down today that might not have been, otherwise. To the brothers we can attribute (at least in transcribing) versions of Snow White, Rapunzel, Little Red Riding Hood, Sleeping Beauty and Rumplestiltskin. One of the best qualities of their writing is that the brothers found a way to make the tales accessible and readable by adults (at first the stories contained their original graphic violence and sexual implications, which were slowly and painstakingly edited in a way to make the stories accessible to children), while retaining their folkloric qualities and symbolism. Though the brothers did not author the stories – but rather listened, read and researched them all until they were able to grow a collection of over 211 tales – they provided arguably the most extensive fount of Germanic folklore to date… and to them we are eternally grateful.