Today is baseball legend Jackie Robinson’s birthday, and being the serious fans we are about the sport (and by “we” I mean Vic – just check out the amazing amount of baseball related items we have in stock), we thought to bring some attention to this amazing athlete and activist and take a look at what he brought to the game… so to speak! Here are ten personal facts you might not have known about this amazing man. 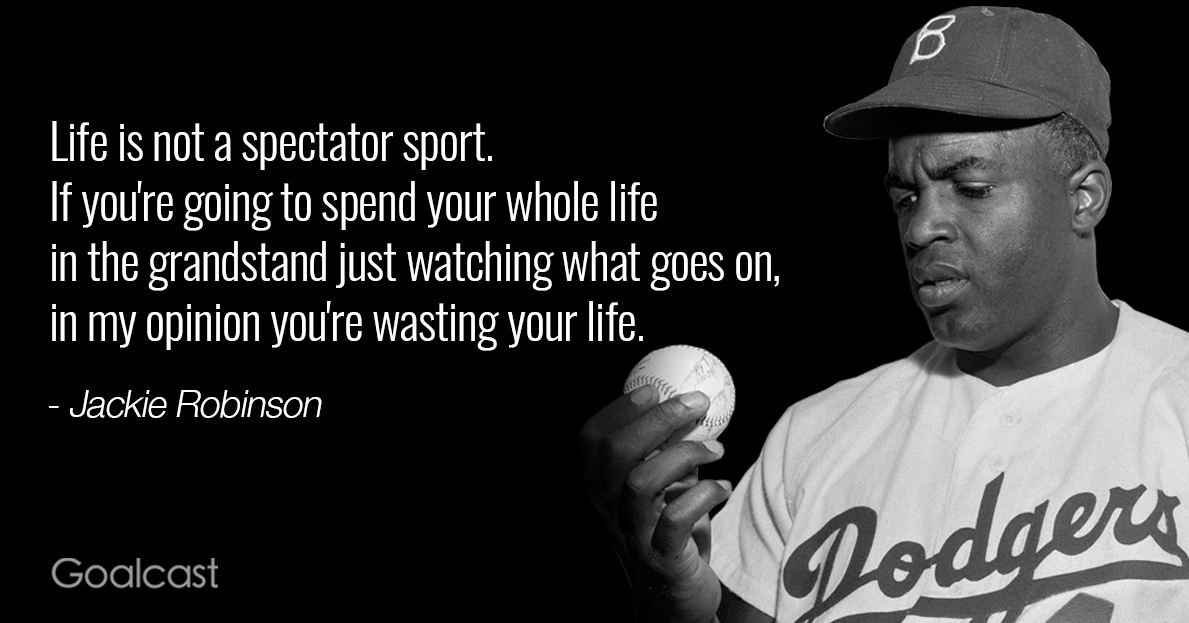 *
1. Jackie Robinson was born in 1919 in relative poverty in Cairo, Georgia. He was the youngest of five children, and, his father leaving his mother just a year after he was born, he ended up being raised by a single mother… no small feat, especially at that time.
*
2. Jackie Robinson’s middle name is Roosevelt! The former president Theodore Roosevelt died just 25 days before his birth, and his middle name is how his parents honored the distinguished politician.
* 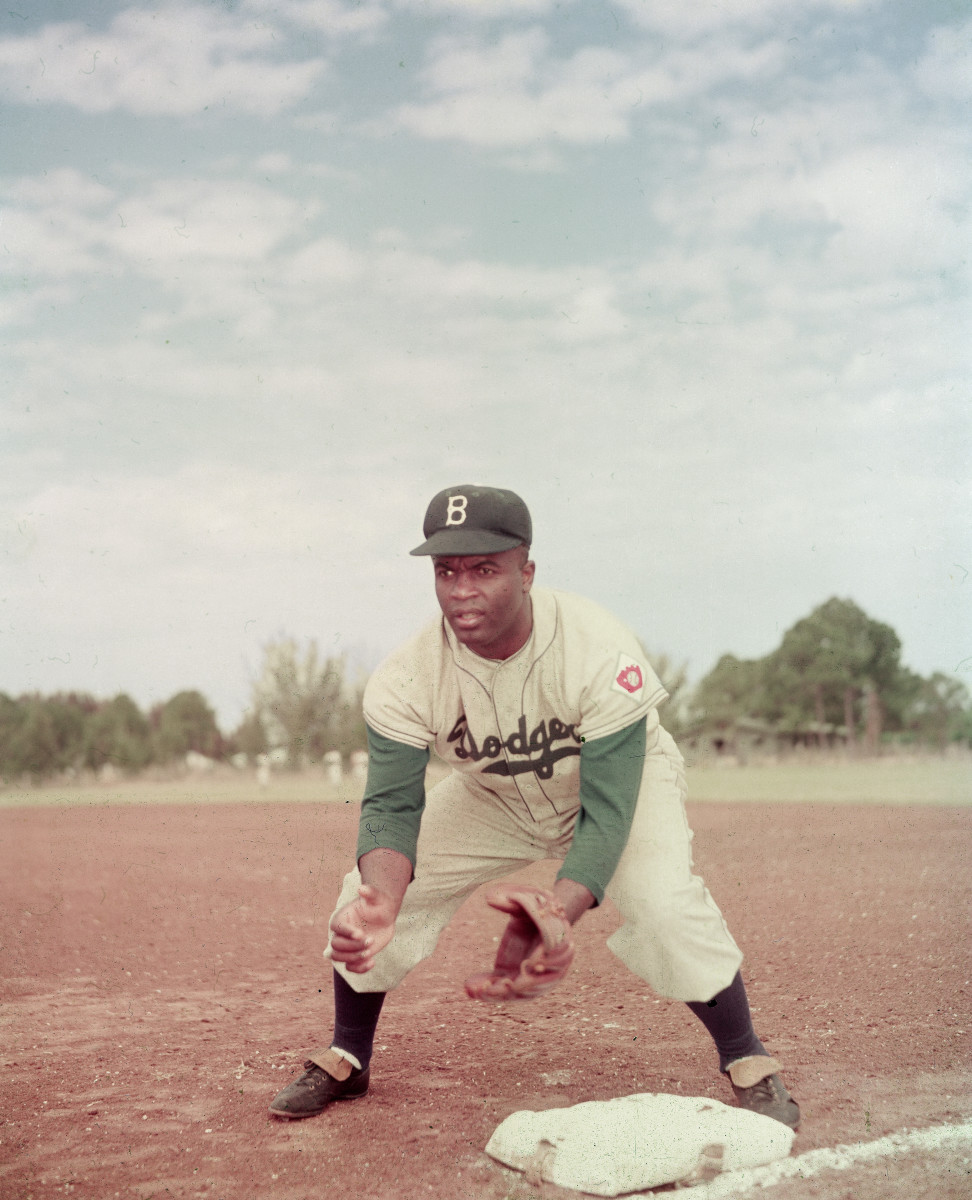 *
3. Robinson and his family moved to Pasadena, California early in his childhood, and it is while at school in Pasadena that his athletic abilities were first noted… mainly by his family! Robinson’s older brothers convinced him to take sports seriously, seeing his skills were unparalleled.
*
4. Jackie’s older brother Matthew, or “Mack” was himself an Olympic medalist! In the 1936 Summer Olympics Mack won the silver medal in track and field. He broke the 200 meter world record but so did gold medalist Jessie Owens. Mack was one of the brothers mentioned above that convinced Jackie to take athletics seriously.
*
5. While attending John Muir High School, Robinson played five sports and lettered in four: football, basketball, baseball and track. He also played on the tennis team!
*
6. In 1939 Robinson enrolled in UCLA after a couple years at Pasadena Junior College. During his time at UCLA, Robinson became the first student to win varsity letters in four sports – the same he’d been playing for so many years. Clearly even into his twenties Robinson was still excelling at every athletic activity he tried his hand at.
*
7. During his years at PJC and UCLA, Robinson created a stir a couple times when standing up for himself and others in the face of racism. While an acting second lieutenant in 1943 having been drafted after the outbreak of WWII, stationed in Fort Hood, Texas and a member of the 761st “Black Panthers” Tank Battalion, Robinson was taken into custody after refusing to move to the back of an army bus when traveling around the base. The absurd and highly racist legal proceedings following this incident kept Robinson from being deployed overseas with his battalion, and definitely played a major role in his interest in civil rights activism for the rest of his life.
* 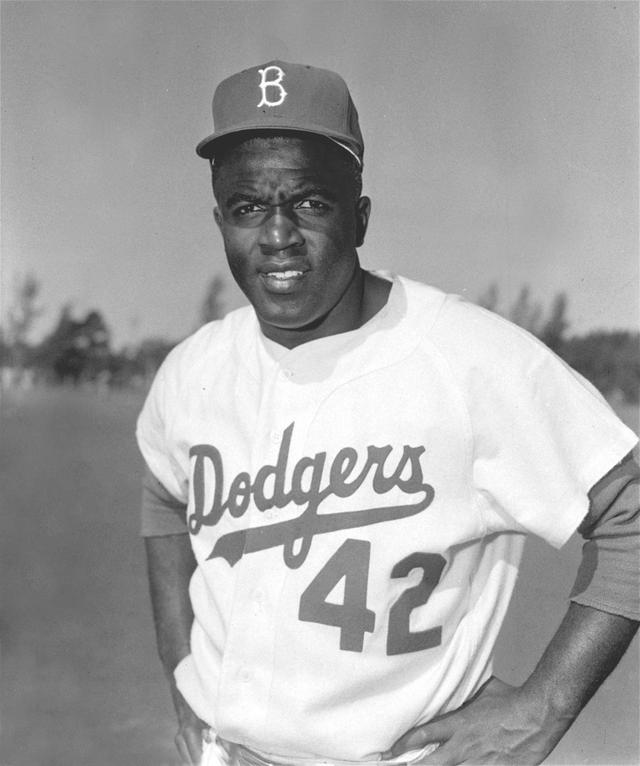 *
8. In early 1945, Robinson was offered $400 a month to play major league baseball on the Kansas City Monarchs team. Though he was a fine player, Robinson was disheartened by the level of disorganization involved in the negro leagues of baseball. He was signed shortly thereafter to Brooklyn’s international league’s farm team – the Montreal Royals. Robinson suffered an unbelievable amount of comments and attacks in his rise in the leagues – more than most as he attempted to do what African Americans had not yet been afforded the opportunity to do. He played so well with the Royals that in 1946 he was drafted to the Brooklyn Dodgers… and in 1947 he became the first black athlete to play Major League baseball in the 20th century.
*
9. Just a few short years later, Robinson was chosen as the National League MVP in 1949. A year later, Robinson starred in a biographical film of his life, titled The Jackie Robinson Story! This film focuses on the abuse and hurdles Robinson faced, and depicts the baseball star with a calmness that other Hollywood stars might have killed for!
* 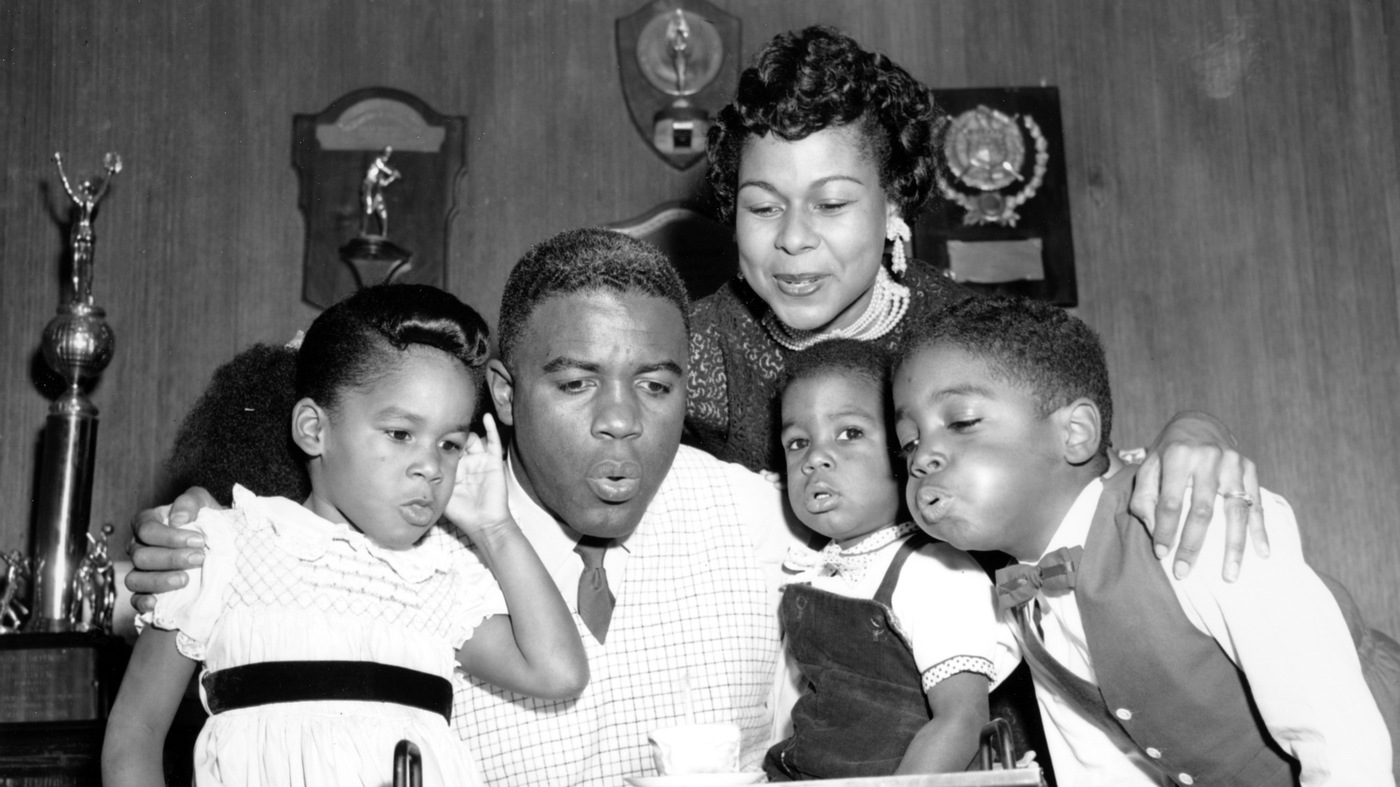 Jackie Robinson draws his family close to help him blow out a birthday candle in 1954. Jackie and his wife Rachel had 3 children and he was definitely a family man!

*
10. In 1955, Robinson helped lead his team, the Brooklyn Dodgers, to their World Series win. He had been with the team for a decade, and this win was his ultimate feat. The following year the Dodgers also won the National League pennant. In December 1956 Robinson was traded to the New York Giants, but he never played a game for the team. Robinson retired from the game in January of 1957. In 1962, Robinson became the first African American to be inducted into the Baseball Hall of Fame.
*
*

We chose not to include Robinson’s baseball stats and figures… as those are easily found online and also because what we wanted to bring attention to was not only his talent on the field, but his amazing life. Robinson overcame more difficult situations and hurdles than you or I could ever imagine – and for that, and for his inexhaustible efforts as a civil rights activist, we thank him and honor him on his birthday. Happy Birthday, Jackie Robinson!