We know that things have been looking grim over the past month… businesses shutting their doors, schools closing, unemployment rising. It is a scary world to be living in – for there is the fact that we have no set plan for how long this will all last. Call us old fashioned, but we find that in times of crisis a little bit of stability goes a long way, so we are planning on keeping up with our blog posts, our newsletters… and Samm has even upped our lists to biweekly so that we can entertain you at home with interesting items from all over the world! Is there something in particular you’d like to see a blog on? Shoot us an email and we’ll see if we can fit it into our schedule. In the meantime, we’d like to do a 10 Fact birthday blog on a born San Franciscan who has spent over the last hundred years keeping us sane and calm. Mr. Robert Frost, ladies and gentlemen! 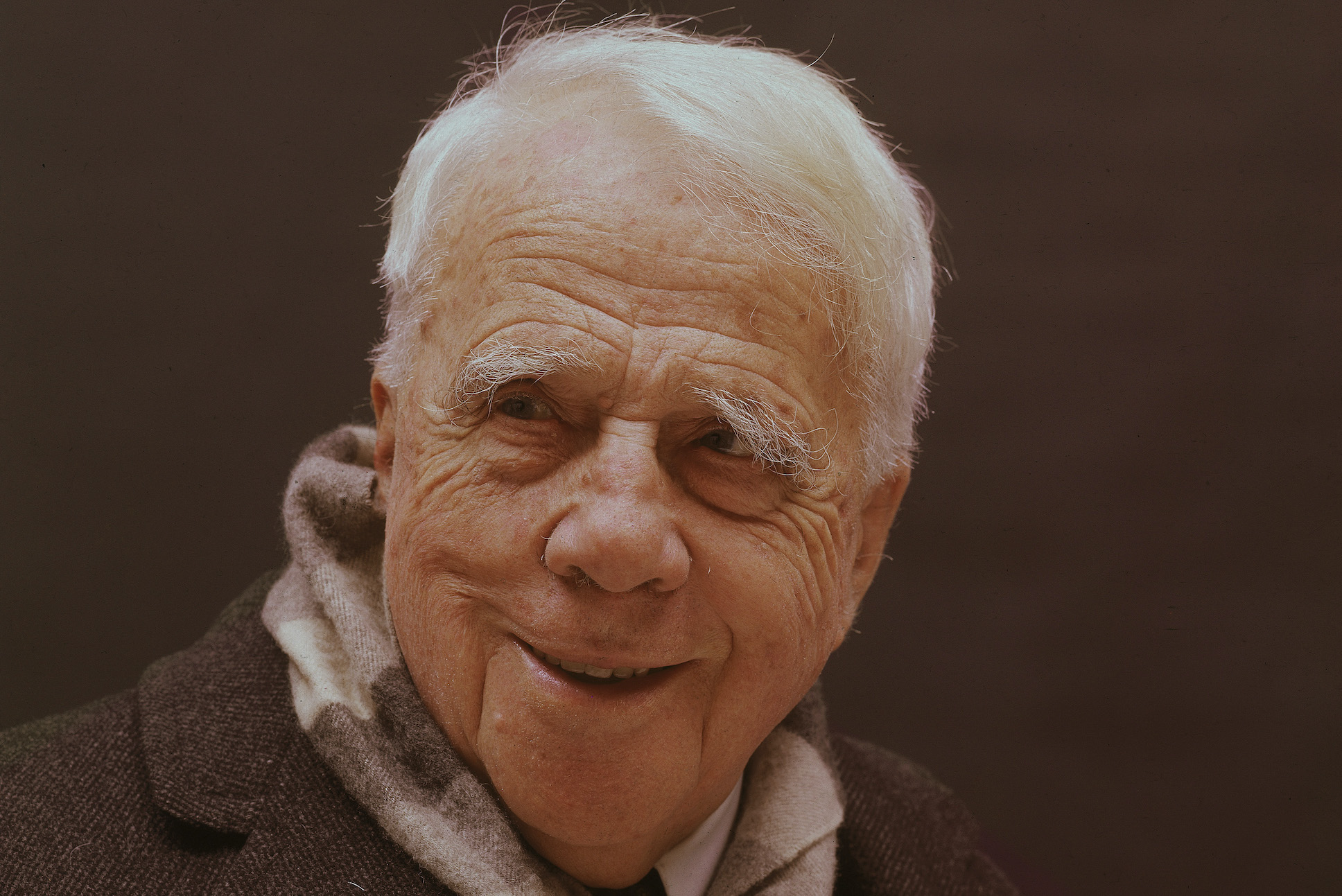 *
1. Happy Birthday to Robert Frost! Frost was born on March 26th, 1874 in San Francisco to William Frost, a journalist and Isabelle Moodie, a Scottish immigrant. After his father’s death, his mother moved him across the country to Massachusetts to live off the charity of his paternal grandfather.
*
*
2. Frost was named after General Robert E. Lee, the famous General of the Confederate Army. As a youngster, Frost’s father ran away from home to join the Confederate troops. Though he was returned safely to his parents he never forgot his obsession with the Confederate army.
*
*
3. Frost published his first poem in his high school’s magazine. Lawrence High School was a fine institution in its day and Frost graduated as valedictorian. His fellow valedictorian? One Elinor White… a young lady who would eventually become his wife!
* 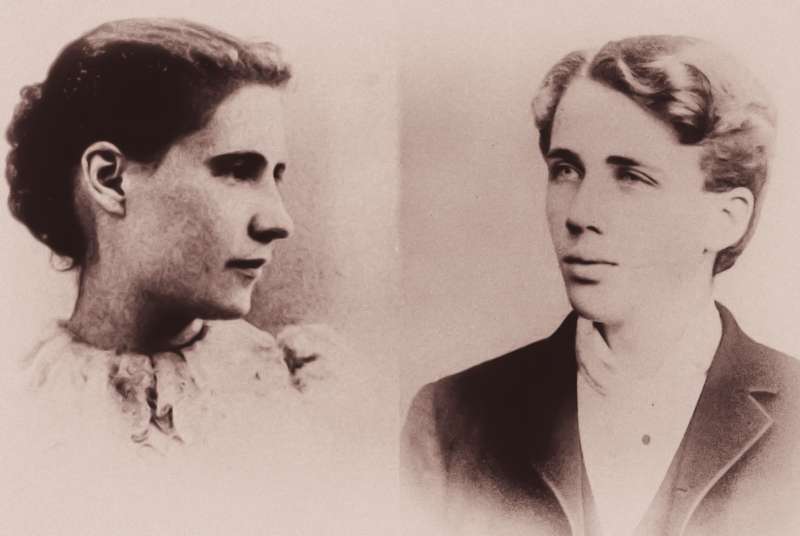 *
4. Frost attended Dartmouth College for two months, before leaving to pursue jobs and earn an income. The various jobs he undertook, however, brought him no joy – and he still dreamed of being a poet. He then attended Harvard University for two years later on, but once again dropped out to earn money for his wife and child. Harvard bestowed an honorary degree on Frost in 1937.
*
*
5. Frost and Elinor had six children – four daughters and two sons. Unfortunately, Frost himself would outlive 4 of his six. The many tragedies that Frost knew throughout his life caused him bouts of anxiety and depression, and often influenced his poetry.
*
*
6. Frost attributed much of his early success to fellow poet Ezra Pound. After a brief misunderstanding where Frost was given Pound’s card but did not feel a warm invitation, Frost and Pound got on quite well. Pound wrote a wonderful review for Frost’s first book of poetry, entitled A Boy’s Will and Frost immediately became known in the literary world.
* 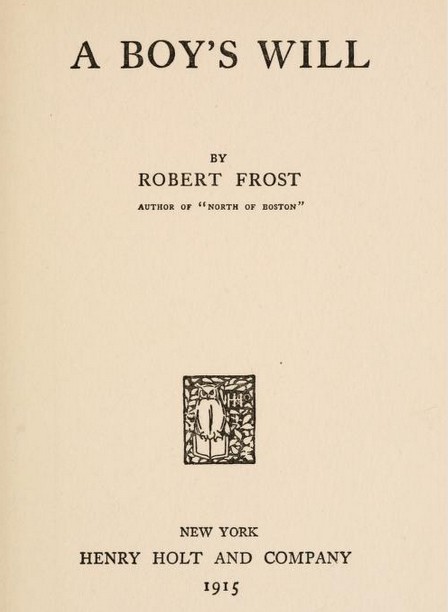 *
7. Frost won the Pulitzer Prize in 1924 for his book of poetry: New Hampshire: A Poem with Notes and Grace Notes. He didn’t stop there, however! Frost would go on to win three more Pulitzer Prizes in 1931, 1937 and 1943. To this day he remains the only poet to have ever won so many Pulitzers, and one of only four people worldwide to win so many in any category.
*
*
8. In 1960 Frost was awarded the highest honor a civilian can have – a United States Congressional Gold Medal “in recognition of his poetry, which has enriched the culture of the United States and the philosophy of the world”.
* 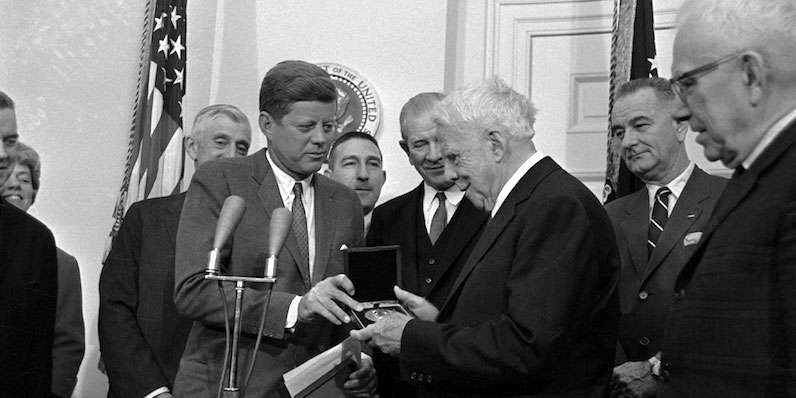 *
9. In 1961 Frost became the first poet to read at a Presidential inauguration. At the age of 86, Frost was asked by John F. Kennedy to recite a new poem at the inauguration. Frost composed the poem “Dedication” for the event, but due to the brightness of the sun and his failing eyesight Frost could not make out the words on the page. Confidently, Frost put the poem aside and instead recited his previously written poem “The Gift Outright” from memory.
*
*
10. Frost felt that his most popular and beloved poem “The Road Not Taken” was severely misunderstood by the American public. This poem, recited worldwide but especially in the United States as a coming of age transition poem touting determination, was actually written in humor to Frost’s friend Edward Thomas. The two frequently went on walks together in the woods, and Thomas was an indecisive chooser of paths. Frost never meant for the poem to be taken so metaphorically! Nevertheless, we appreciate it even today.
* 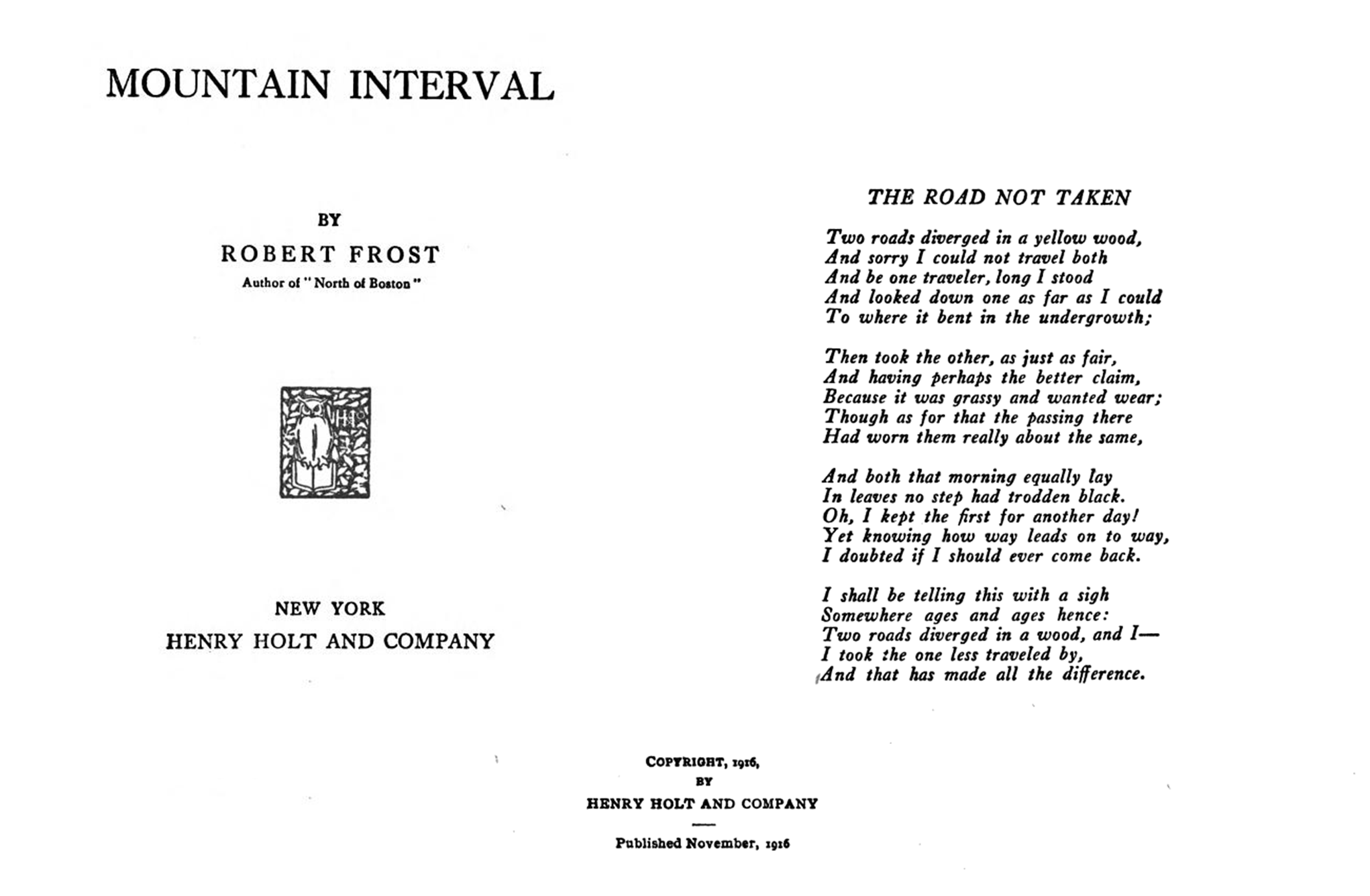