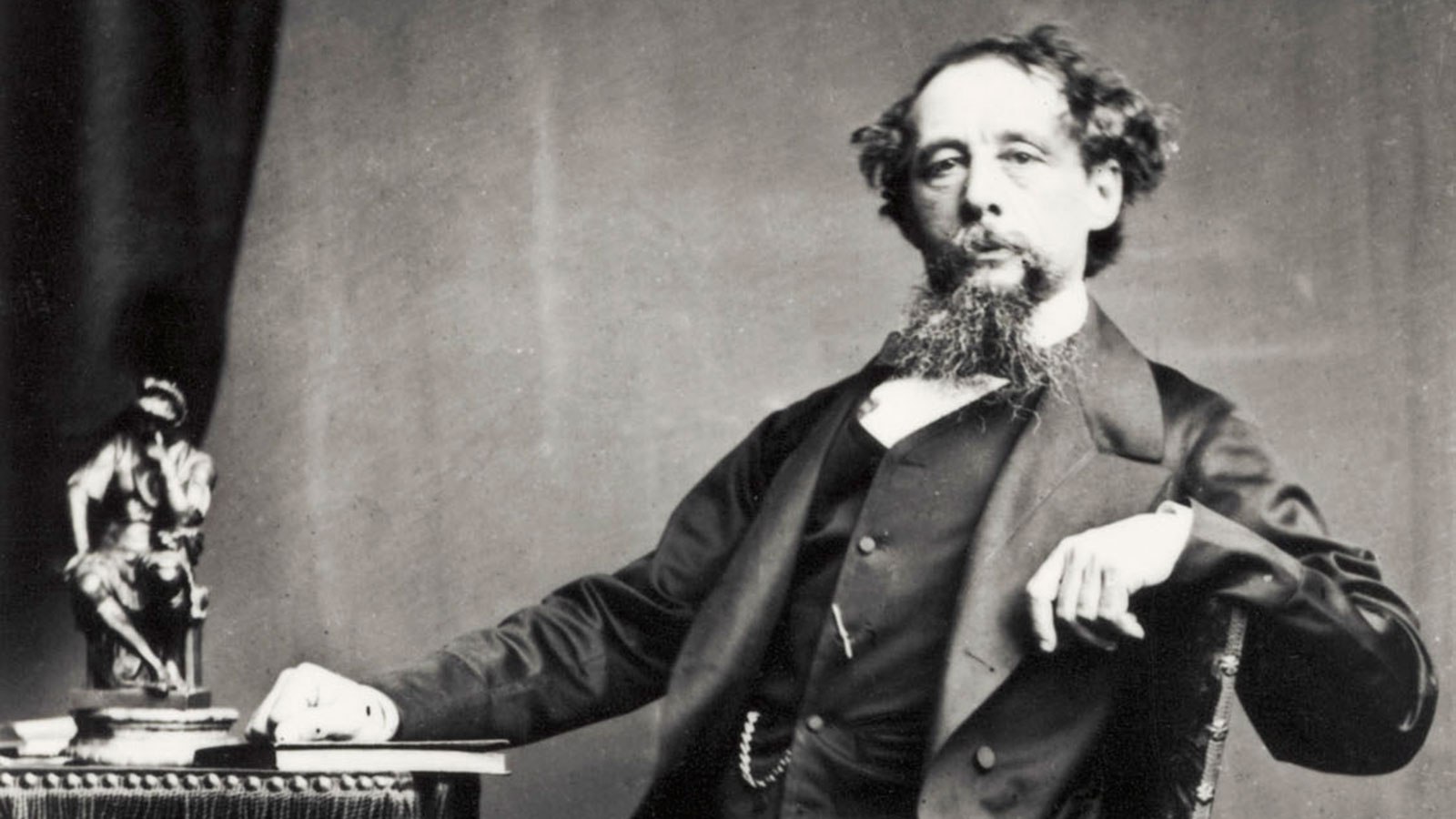 During this week of Dickens’ 209th birthday, we thought to do a short exposé of sorts into one of his most famous works. Great Expectations has captured the hearts and minds of millions since its publication in 1860 with its story of presumptions, manipulations, love and fear. The novel centers on young Pip as he follows dreams that seem outside his reach, and his actions once his dreams are made a reality. But what can we learn from this beloved story that may still be relevant today? More than you might think! 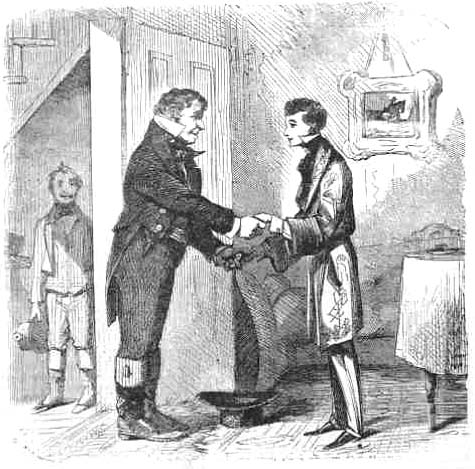 Starting with a short overview of the story (for the .000001% of you that have been living under a rock these past 160 years), we can come to look at the “expectations” housed within and see what we can decipher from the moral tale it holds. When young orphan Pip encounters an escaped criminal hiding in a churchyard one Christmas Eve, it gives him the fright of his life. The young boy is scared into thieving for the convict, and though the criminal is recaptured and clears Pip of suspicion, the incident colors Pip’s outlook on life. The young boy is sent to the house of the spinster and slightly mad Miss Havisham, to be used as entertainment for the lady and her adopted, aloof and haughty daughter Estella. Pip falls in love with Estella and visits them regularly until he is old enough to be taught a trade as an apprentice blacksmith. Four years into Pip’s apprenticeship, however, a lawyer arrives with news that Pip has anonymously been provided with enough money to become a gentleman. An astonished Pip heads to London to begin his new life, assuming Miss Havisham is to thank for his unexpected new windfall. Once in London the young Pip is introduced into some society, and makes new friends. His heart still belonging to Estella, he is ashamed of his previous life and expects his social advancement, new wealth and sudden social standing to sway her emotions towards him more favorably. It does not, Estella remains cold as ever, and Pip’s illusions are finally shattered when he realizes that his benefactor is not Miss Havisham at all, but the escaped convict Magwitch whom he helped in the churchyard all those years before. Through many mishaps and misfortunes, Pip and his friends attempt to help Magwitch escape England (which is ultimately unsuccessful), where he had returned to simply to make himself known to Pip. Pip learns valuable lessons throughout the story – interestingly not necessarily from those with money and social standing, but more often than not from those in his own class. The story has a kind ending, with Pip and an altered, warmer Estella walking hand in hand over a decade after her initial rejection of him (though Dickens originally planned a more likely, yet more disheartening end to the story and was convinced by Edward Bulwer-Lytton to change it).

So what qualities does Pip have that give the book its title? Pip’s expectations are common in most of us, whether living in Dickens time or the here 21st century… Pip wants social advancement and wealth. He wants to be taken seriously and not looked down upon. He has a lifelong ambition to be something he is not, and when he is finally able to be such (wealthy and more respected), he finds it is not at all everything he ever dreamed of. By the end of the story, Pip certainly realizes that the qualities of loyalty, kindness and compassion are far more important than wealth and social standing. With the shadows that come to light in the story, Dickens mocks the very hypocritical idea of the “gentleman” as every man you meet in the story is not exactly what you think he is. With this realization, Pip finds he has chased a phantom dream, not a concrete one.

How do we see these expectations still in use today? Though “society” is not necessarily the boon it once was (I find the people who truly care about society are the ones in “society”… and the bulk of the population of the world outside it could really give two figs), aspects of the circumstances they enjoyed are still very much at large within us. Wealth, for instance, matters to most – not only is the cost of living in certain areas astronomical, but our materialistic society makes it more difficult for any to be raised without the wishes of privilege. Oftentimes, the factor of wealth is seen today in desperate competitiveness or harsh attempts for a raise or a promotion, even when one is happy and competent at their current job. A desire for the finer things in life leads most of us to spend money we shouldn’t, or don’t even have, in order to feel a sense of gentility or even simple belonging, when in reality it isn’t necessary! (Keep in mind Travis Bradberry’s thoughts on the matter: “Sure, things can make life more fun and comfortable in the short run, but they can’t make you happy in the long run. Too many of us expect a future event [‘I’ll be happy when I get that promotion’] to make us happy, instead of looking more deeply into the real causes of our unhappiness. If you don’t fix what’s going on inside, no external event or item is going to make you happy, no matter how much you want it to.”) Our desires for respect are more understandable and able to be grasped, as a focus on gaining people’s trust and respect is hardly a quality to look down upon. As long as it is gained through acts of loyalty, kindness and compassion, you can’t go wrong! 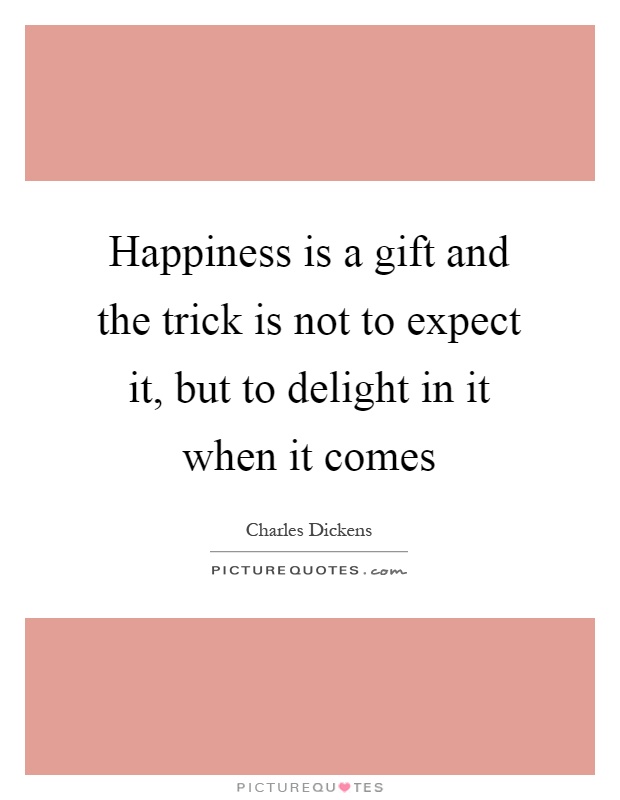 Perhaps we ought to keep these moral tales from Great Expectations in mind as we (very) slowly move into a post-Covid world. We may have to get back into the swing of things, but we can choose to re-focus our energy on the important things, rather than the silly. After all, if we’ve learned anything this year, I believe it is that the most important things in life are family, friends, respect, kindness and health… none of Pip’s “great expectations” factor in whatsoever!

See our holding of All the Year Round (1859-1868) containing the first appearances of both A Tale of Two Cities and Great Expectations here! It is certainly a sight to behold.