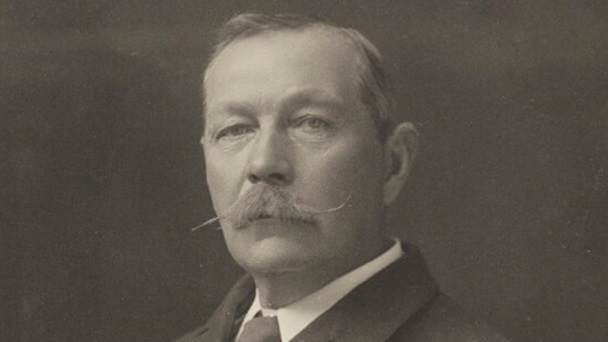 On this day in July 1930, a true visionary breathed his last. Of course, he wasn’t born a visionary, he was born simply… Arthur. And as often as people assume his last name to be Conan Doyle, it is simply Doyle… Conan just one of his middle names. Sir Arthur Conan Doyle was born on May 22nd, 1859, and died on July 7th, 1930, almost a hundred years ago… yet he is a common household name still today. However, he is known to have said that in a hundred years if he was only known as the man who invented Sherlock Holmes, he would consider his life a failure. So let’s remember him for more than that, shall we?

Conan Doyle (for as much as we may know his last name is simply “Doyle” we also feel strange writing just Doyle to refer to him) was born to poor Irish Catholic parents, in Edinburgh, Scotland. His father spent a good deal of Arthur’s early years suffering from alcoholism and mental illness, which had a great influence on his later works. Throughout his school-life he noted that he severely detested staunch religious practices in schools, disliking the lack of compassion and warmth, and favoring a more forgiving and compassionate atmosphere (which inspired his predisposition for spiritualism later in life).

From 1876 to 1881, Conan Doyle studied medicine at the University of Edinburgh Medical School and botany at the Royal Botanic Garden, studies which would help mold his future writings in the Sherlock Holmes series – boggling the minds of civilians with science! It was during this time that he wrote his first short story, The Haunted Grange of Goresthorpe, and tried (unsuccessfully) to submit it to Blackwood’s Magazine. A later story was published however, along with several scientific articles in different magazines and journals in Edinburgh. Upon graduating from medical school with a Bachelor of Medicine and a Master of Surgery, Conan Doyle became a ship’s surgeon on the SS Mayumba during their voyage to West Africa. Just a year later he found himself setting up his own independent medical practice in Portsmouth, with less than 10 pounds to his name. His practice did not prove entirely successful, neither did a stint in the field of ophthalmology, and in his free time Conan Doyle found himself drawn back to writing fiction. 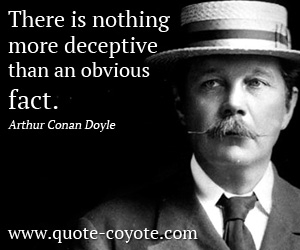 Arthur Conan Doyle wrote his first Sherlock Holmes installment, A Study in Scarlet, when he was only 27 years old. Written in just under three weeks, it is amazing to think that on how this work has endured and began a legacy, a series the likes of which may be unparalleled in fiction. A Study in Scarlet was popular and successful, and Conan Doyle was commissioned to write a sequel in less than a year. The next work, The Sign of the Four, was no less popular when it appeared in Lippincott’s Magazine. Amusingly enough, even early on in his Holmes works Conan Doyle felt contradictory emotions towards his most famous character. He wished to kill Holmes off after just a couple years, but was dissuaded (more like forbade) from doing so by his own mother! He raised the prices for his stories hoping to dissuade publishers from paying for them, but found that publishers were willing to pay exorbitant sums to keep the stories coming… consequently Conan Doyle accidentally became one of the best paid authors of all time. In all, Conan Doyle featured Sherlock Holmes (often against his will – public outcry was so great after Doyle had Holmes and Moriarty plunge off a cliff together that Holmes was forced to resurrect his famed detective in The Hound of the Baskervilles years later) in fifty-six short stories and four novels – a long and eventful life for a fictional character!

During the same years as his publication of Holmes’ adventures, Conan Doyle also worked on several historical novels, works which are commonly considered in academic circles his best, and were his favorite to write. Some of his historical novels include popular titles such as The White Company and Sir Nigel, both set in the Middle Ages. He also wrote dozens of short stories (some set in Napoleanic times), and even dramas for the stage. Later on in his life, Conan Doyle wrote the Challenger Series, a science fiction and fantasy series featuring Professor Challenger as the protagonist – a character that couldn’t be further from Sherlock Holmes if he tried! Where Holmes was calculating and quiet, Challenger was aggressive and hot-tempered. One could imagine writing about a character that was the antithesis of all that made Sherlock Holmes, Sherlock Holmes was a great enjoyment for Conan Doyle.

Similar to our main man Charles Dickens, Sir Arthur Conan Doyle (as he was knighted by the Queen in 1902) was one of the most prolific authors of the modern world. Not only that, but he was much involved in the justice system, fighting for those wrongly accused to be exonerated (succeeding in at least two cases, his work inspiring the setup of the Court of Criminal Appeal in 1907), and he was a staunch supporter of mandatory vaccinations! He stood for Parliament twice as a Liberal Unionist, and became a figurehead for the spiritualism movement that swept through England in the 1900s. While he was far from perfect (as we all are), he was certainly an intelligent, resilient individual who should go down in history for a lot more than simply inventing one of the most notable and fascinating characters of all time! 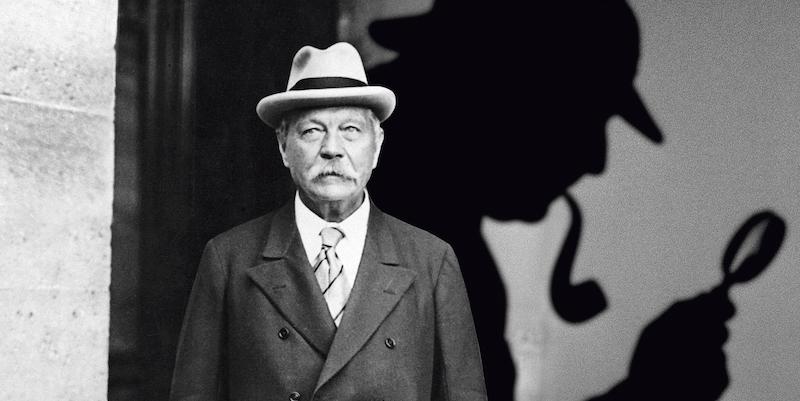