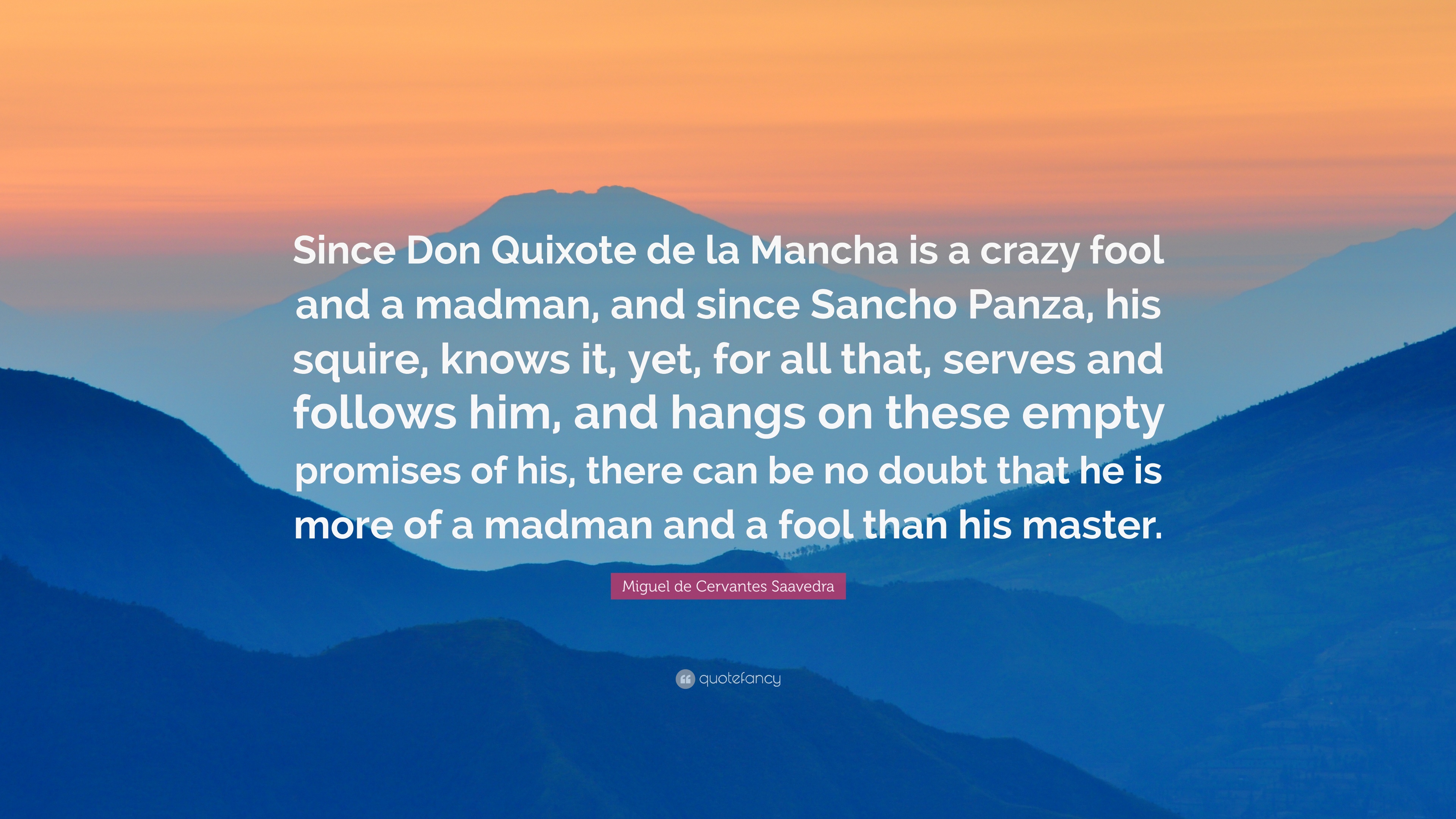 In honor of Miguel de Cervantes’ (assumed) birthday, we wanted to dig a little deeper into this masterpiece of Western literature, to find out why it carries the weight it does in the book world. How can such an early work (the first part having been published in only 1605!) be considered the first modern novel? How can one work be considered social satire, comedy, tragedy and social and ethical commentary all at one time? Let’s find out!

Fairly little is known about Miguel de Cervantes. Remember, he lived at roughly the same time as Shakespeare (who, surprise surprise… we also know fairly little about). We know that he was the second of 7 children, with a father constantly in debt and a mother confident and literate enough to support herself and all of her children while the father was imprisoned for debt from 1553 to 1554. Miguel obviously learned a few things from his mother, as he worked a myriad of jobs as a young man (including being arrested for dueling, having a military commission, being an intelligence agent and as a tax collector) and though he was never an extremely wealthy man, he was not often out of work! 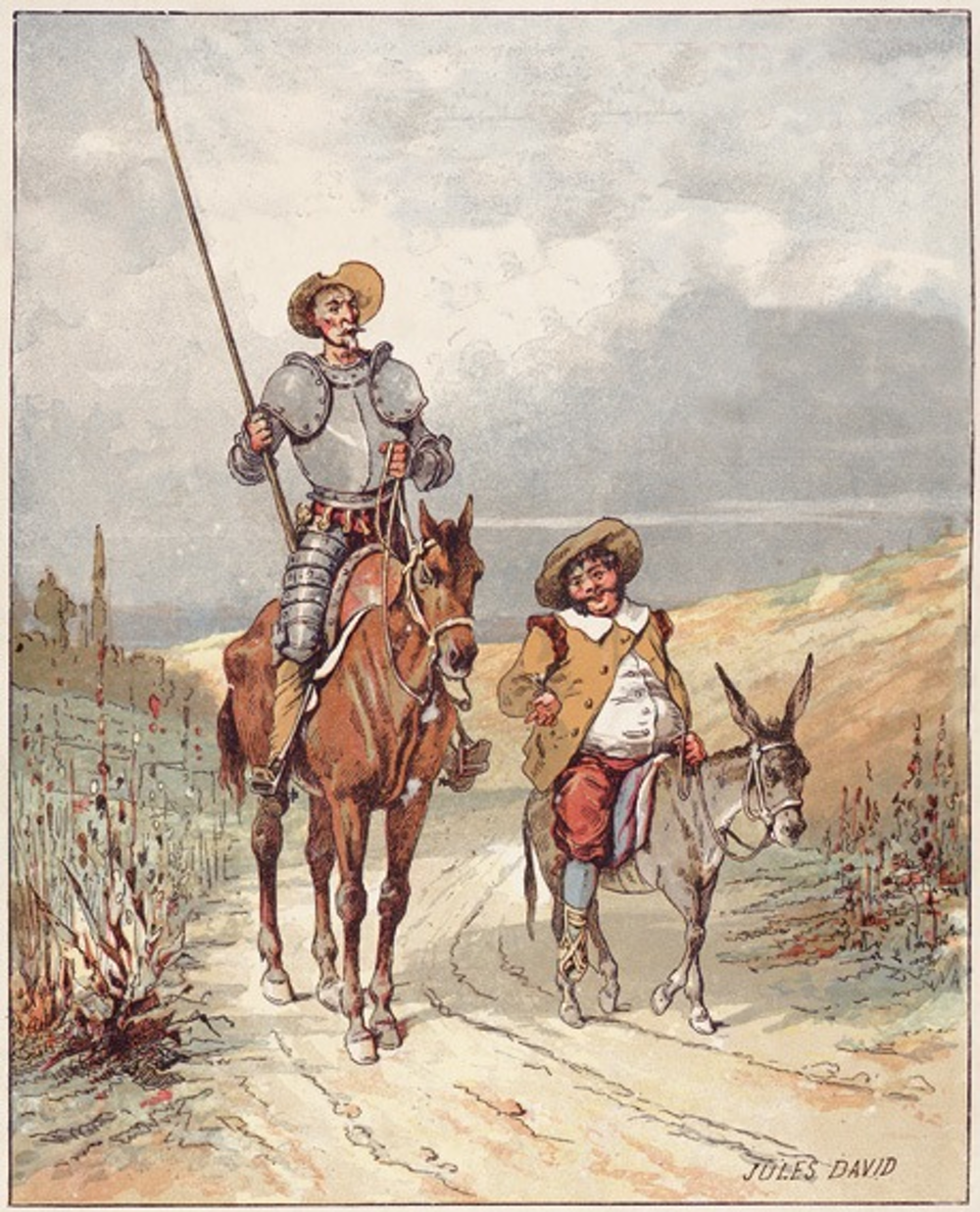 Throughout this time, Cervantes published a few plays and some poems, none of any great significance, and none that provided a living for the man and his family. By 1605, Cervantes hadn’t been “properly” published in almost 20 years! Nevertheless, he began writing a work he considered a satire – he challenged a “form of literature that had been a favourite for more than a century, explicitly stating his purpose was to undermine ‘vain and empty’ chivalric romances. He wrote about the common man. He used everyday lingo, normal conversation rather than epic speeches – it was considered a great success. Though there was a great amount of time between the two parts of the work, its popularity did not wane. The first part is considered the more popular of the two, with its comedic characterizations and its hilarity, while the second part is considered more introspective and critical, with greater characterization of the individuals in the story.

There are differing opinions on the Don Quixote of the time – it held popularity with the masses, and garnered financial success for Cervantes, but was considered a financial failure in the long haul… we aren’t sure how that works but are willing to trust the experts! The great interest in the work came during a resurgence in popularity during the mid 18th century, when literary editor John Bowle argued that “Cervantes was as significant as any of the Greek and Roman authors then popular”, and proceeded to publish an annotated edition of the work in 1781. Ever since, Don Quixote has been considered a staple of modern literature. Why, you may ask? 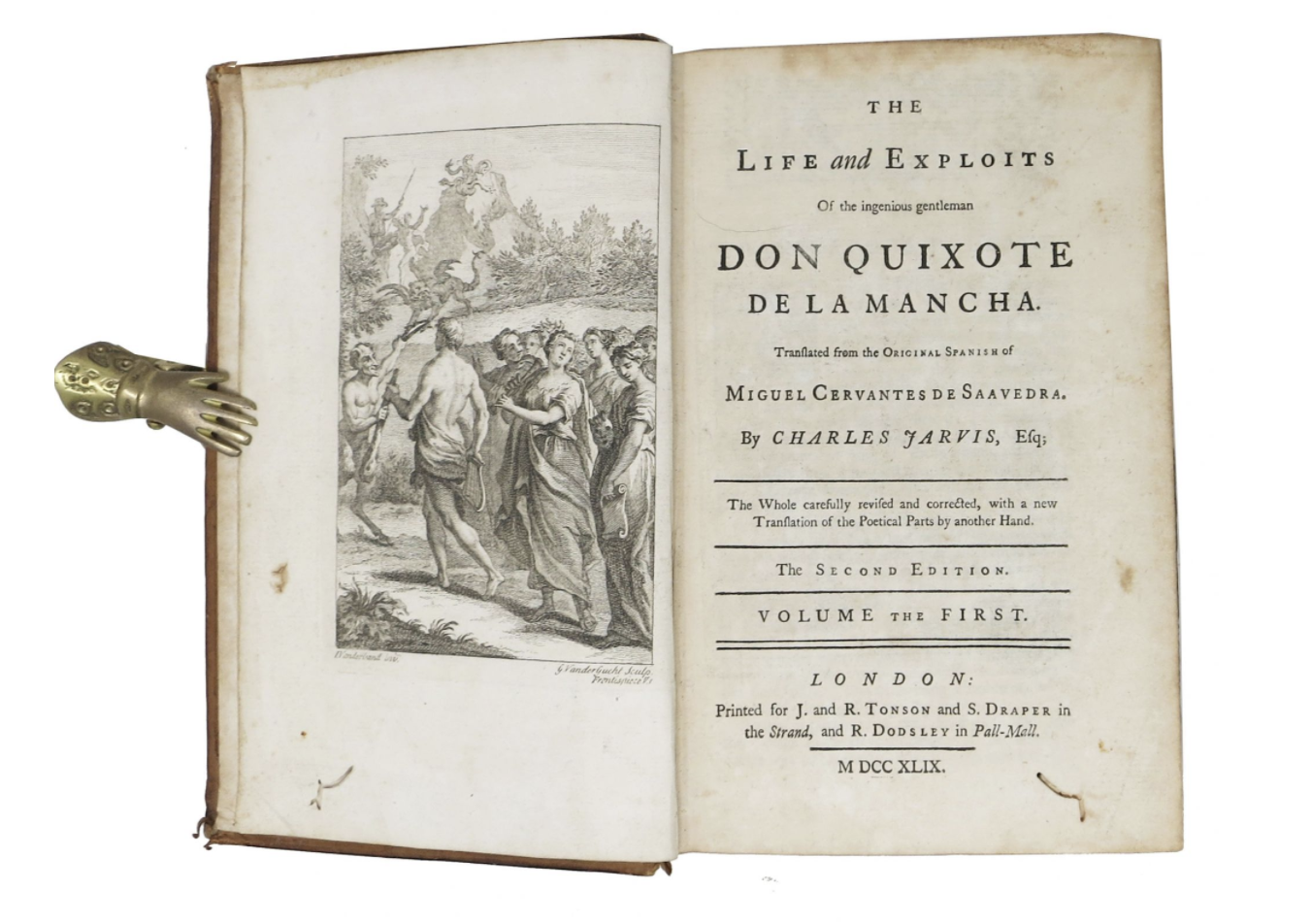 Our London 1749 holding of Don Quixote, published into the English by Charles Jarvis and only the 2nd edition of its kind!

Author Edith Grossman published a new English translation of the novel in 2003 and noted how the novel straddles both comedy and tragedy in the same moments… “when I first started reading the Quixote I thought it was the most tragic book in the world, and I would read it and weep… As I grew older… my skin grew thicker… and so when I was working on the translation I was actually sitting at my computer and laughing out loud. This is done as Cervantes did it… by never letting the reader rest. You are never certain that you truly got it. Because as soon as you think you understand something, Cervantes introduces something that contradicts your premise.” And thus is the beauty and genius of the novel… Part I introduces enough comedic elements to amuse and hold your interest in the characterization, with Part II garnering strength and empathy for the characters you’ve come to love, feeling their pains and their moments of humility. Truly a work ahead of its time, today we honor Miguel de Cervantes and his inimitable hero Don Quixote (and the loyal and true Sancho Panza, of course). Happy Birthday (maybe) to Miguel de Cervantes! 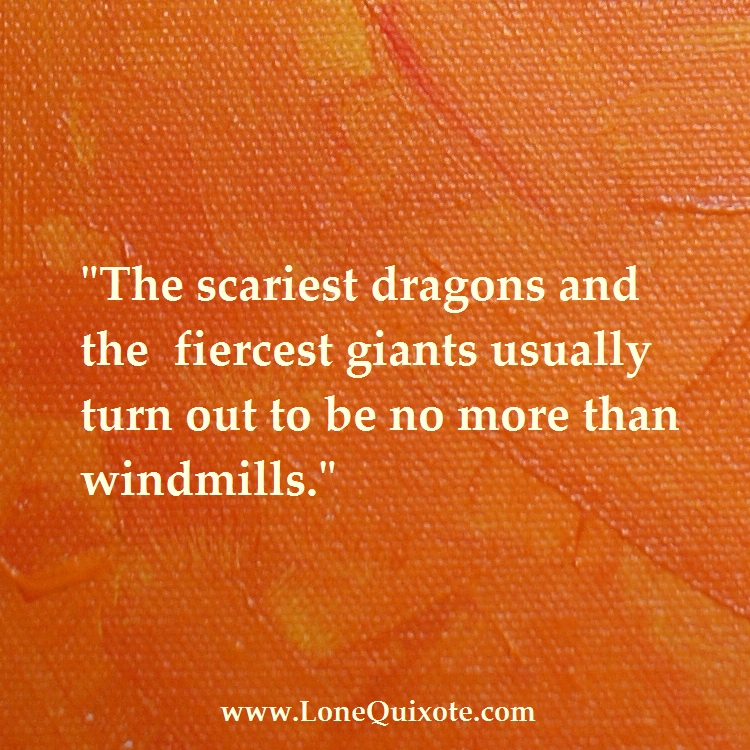