Dylan Thomas is one of Wales’ best known writers. As a poet he expressed himself and his talent at a young age, and though he died much too young, he was amazingly able to create a large amount of work in a relatively short time. On this day 69 years ago, Thomas passed away in New York City. In honor of his life and work we wished to do a short blog detailing this amazing writer and the influence he had on so many.

Dylan Marlais Thomas was born on October 27th, 1914, in Swansea, Wales. His mother was a seamstress, his father – an English literature teacher at the local school. It was through his father that Thomas first found a love for the rhythm of poetry – as his dad would recite Shakespeare, Yeats, and Poe to the young Dylan at length. His father also took charge of educating Dylan in the Welsh language, which he understood and spoke, despite writing exclusively in the English language and not Welsh. At a young age (young enough to put the rest of us to shame, truly), Dylan discovered a talent for poetry. At the age of 11 his first poem was published in his grammar school newspaper, and by the time he left school he carried out duties as editor of said paper.

When he was 16, Thomas left school and became a reporter for the South Wales Daily Post, where he worked for roughly a year and a half. During that time and the following few years where he worked as a freelance journalist, Thomas wrote somewhere around 200 poems, his most prolific period of writing coincided with these young years and a depth of feeling at such a formative age. It was during these years that some of his most well-known works were published – including the poems “And death shall have no dominion”, “Before I Knocked” and “The Force that Through the Green Fuse Drives the Flower”. In 1934 his poem “Light breaks where no sun shines” was published in London’s The Listener – catching the attention of several important London literary celebrities, including T.S. Eliot. Eliot and Stephen Spender and Geoffrey Grigson were instrumental in helping Thomas publish his first book of poetry in 1934, called (rather simply) 18 Poems. The book was an immediate success, meeting with critical success, winning awards and thrusting Thomas into the London literary scene with a vengeance.

For a long while, it was as if Thomas could do no wrong. A year after his first volume of poetry was published he contributed his famous poem “The Hand that Signed the Paper” to an issue of New Verse. Another year later (1936) his second volume of poetry was published (similarly titled to his first – Twenty-five Poems) and also met with critical success. In 1938 Thomas won the Oscar Blumenthal Prize for Poetry. Many of his poems published in these volumes and in poetry journals were written before Thomas ever moved to London, back in Wales in his prolific period. Personally, I believe that this back-log of work to choose from (while all of it remaining relevant and popular) allowed Thomas to develop the heavy drinking habits he struggled with all his life. 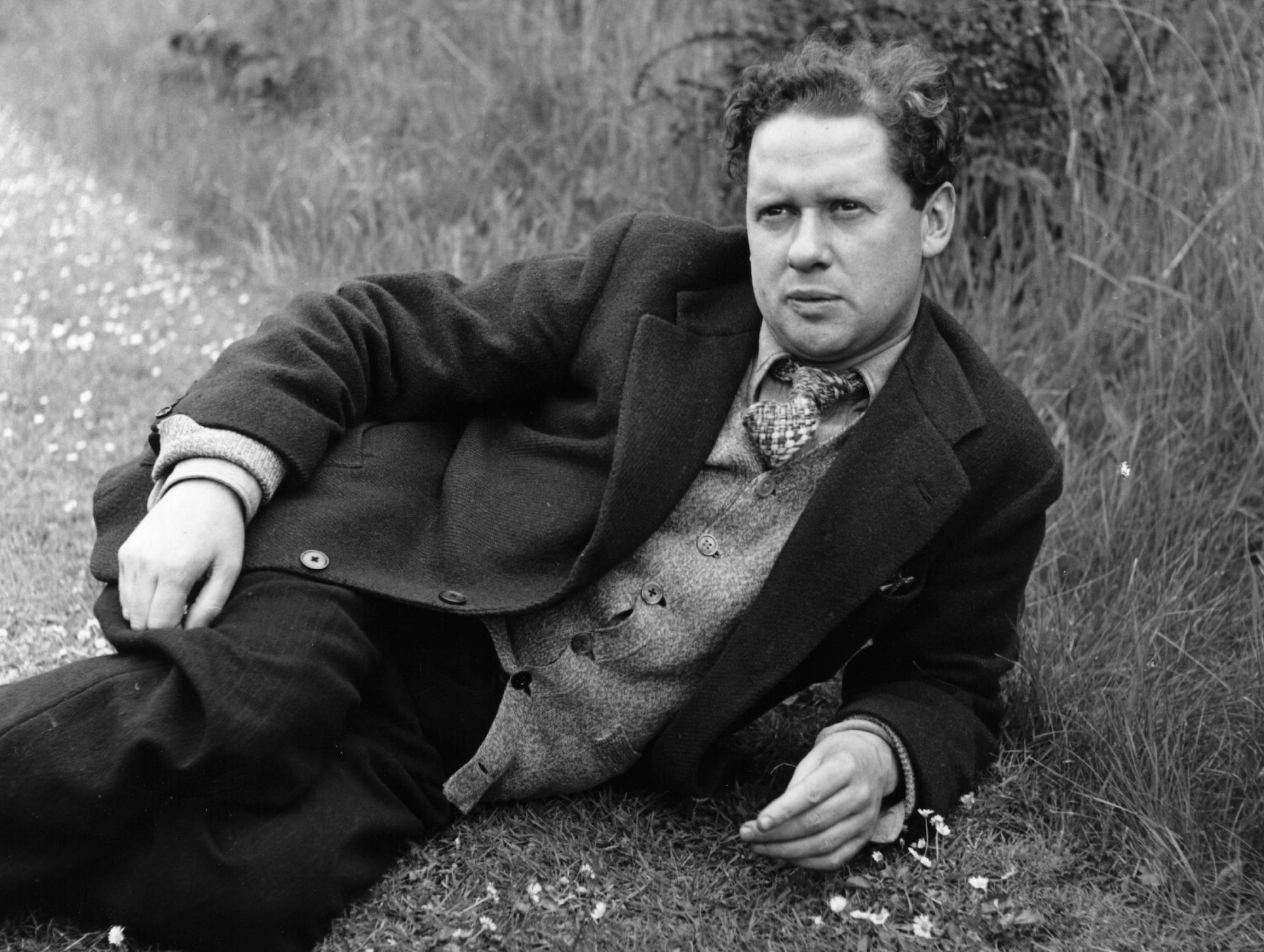 Much of his following years look quite like this – critical success, volumes and single poems published. His only less successful years happened to coincide with WWII, and many critics have attributed this to the general population’s distraction with more important matters. Thomas was always interested in the theatrical and even recorded for the BBC, and wrote scripts and screenplays. His work, while the early poems perhaps have a touch more idealism than some of the later, remained popular. He was heralded as a lingering-on member of the Romantics, in a time where other popular works clamped hard on realism and political realms. The Poetry Foundation lists some of Thomas’s work’s key themes, that include “the unity of time, the similarity between creative and destructive forces in the universe, and the correspondence of all living things.” Of one of Thomas’ most famous works “And death shall have no dominion”, critic Clark Emery noted how it was “published in a time when notes of affirmation—philosophical, political, or otherwise—did not resound among intelligent liberal humanists, [and thus] it answered an emotional need. … It affirmed without sentimentalizing; it expressed a faith without theologizing.” (Poetry Foundation). This is true of much of Thomas’ work. It touched an emotional place in his readers, and continues to do so today.

Thomas seemed to become a highly individual figure of the time. He was seen as somewhat wild – with his Welsh accent and beautiful story-telling capabilities. His drinking, the sexual imagery in his work, his ability to captivate. He had something that other poets of the time, especially in London, did not – he did not care about beautiful society or being part of a group of famous literary figures. He and his wife Caitlin moved between London and Wales for many, many years, realizing that London held more work, while Wales held love and safety for them and their children. Thomas was invited abroad to the continent, and then also to tour in the United States four times. It was on this last tour in New York at the age of 39 that he collapsed after a night of heavy drinking, and was unfortunately sent home to be buried in Wales by his family. But the love of his work endures even to this day, his poems no less beautiful, and no less relevant today, than they were seventy years ago. 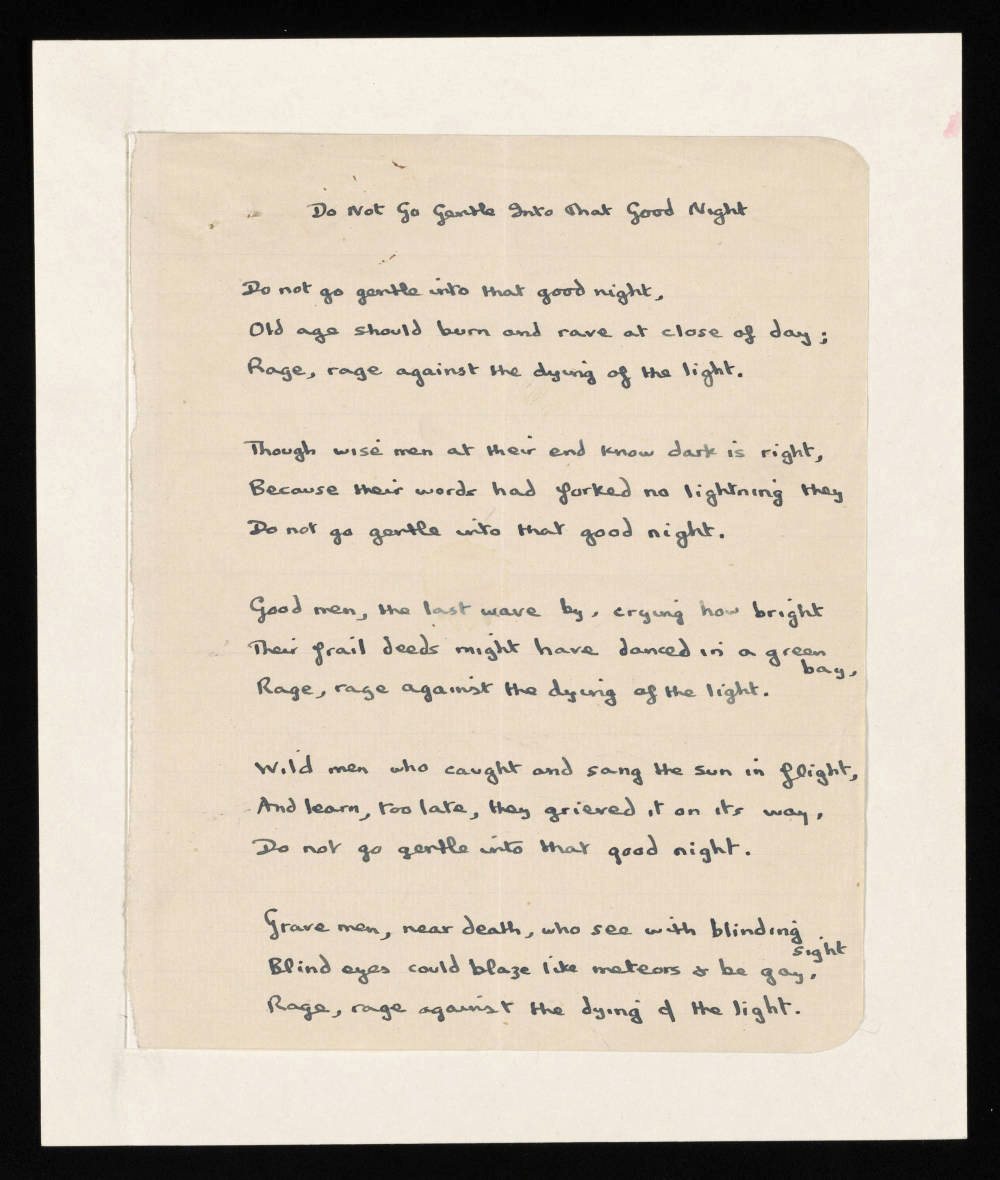